One portable air conditioner - want to use it in two rooms

I have a Kenmore portable air conditioner model - 408.72012. this particular model can be housed on the outside of the building and the A/C air is vented into the inside space (normally through a window). Almost the opposite of what you normally do with a portable A/C unit.

I have an office right next to my LR and want to pump the A/C into my LR sometimes and other times into my office. Because I did not have a window to have my A/C Air come into my office through a hole we cut and placed and fit a flexible dryer vent pipe (the white floppy accordion style)through the wall and on the inside of my office I have the dryer vent cover with flaps (like you would normally see on the outside. This prevents and critters from getting in.

IS there any such thing as a U pipe that is not rigid that I could use for this and also some how block them when I want it to flow in only one side or the other?

While this is rigid, it is better for connecting flex pipe. 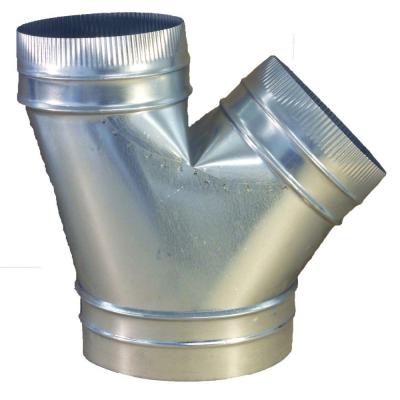 First off, if you're using a cheap flexible vinyl tube like this. 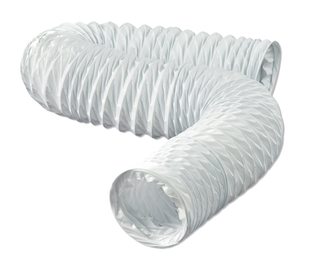 You're probably losing most of your cool air, before it even reaches your house. 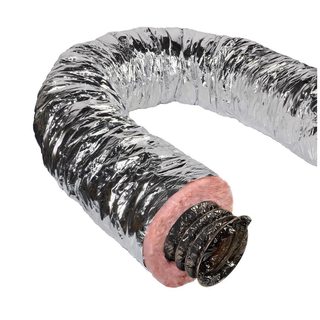 To split the air, you'll need a wye. 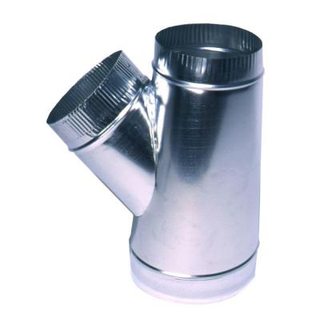 which if on the outside of the building, should also have to be insulated.

If you don't want to cool both rooms at the same time, you'll also want to install dampers. You can get manual dampers, which would require you to open and close them via a lever on the outside of the duct. If you really want to get fancy, you could install powered dampers, which would allow you to control them automatically via some type of control mechanism. Powered dampers controlled by a raspberry pi/Arduino might be a neat little project. While we're talking dampers. You'll also probably want a backflow damper somewhere, so the air in your home doesn't get pushed outside when the unit is off. 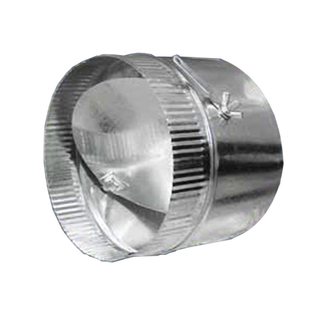 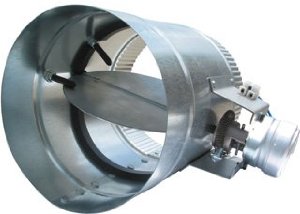 While searching for photos for this answer, I stumbled upon a product that might work well for you. It's called a dual duct kit, and includes a wye, 12.5' of insulated duct, and a supply grill. 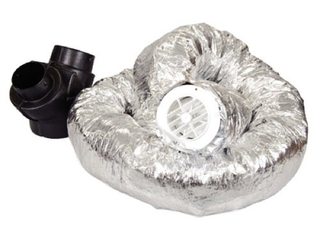 Raid the parts bin for ducting for home shop dust collectors (vacuum cleaners optimized for sawdust). Typically they are 4-6” diameter, snap together and/or have flexible sections, and are plumbed to several machines. Each machine gets a guillotine style shut-off gate. The gate can be controlled precisely.

They also make automatic gates which open when current is detected flowing on a circuit (intended for a machine tool spinning up, but also would work for a PC coming out of sleep mode). You could use one auto-gate and one manual on the same branch, one for auto on-off and the other for fine control.