Is the outlet type indicative of problematic wiring

I'm fairly competent as a DIYer, but I don't have the ability to dig in to this problem directly yet.

I'm considering buying a very historic house (more than 180 years old). The wiring coming out of the breaker box (and it is breakers) appears to be relatively modern. That is, it has plastic sheathing rather than a paper-like stuff that I have seen in some older houses.

However, all of the outlets I saw during the tour were un-grounded three-plug outlets. That is, you could plug three lamps in with out needing a splitter. However, nothing had a ground pole. (I'll post a picture if I ever find one). 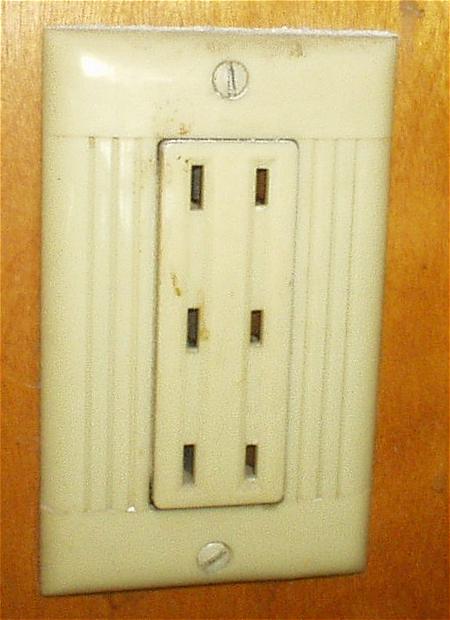 Does this indicate some complication (beyond lack of ground) that I should be aware of with the wiring in the wall?

You, or your house inspector, would want to investigate if the "modern wiring" makes it all the way to the outlet boxes (in which case a simple replacement will get you grounded 3-prong outlets) or if it stops short and leaves you with old ungrounded wire to the actual outlets (in which case you'll want to lower your offer by several thousand dollars to pay for the rewiring.)

The triple outlets could just be a fashion choice, but you need to know to make a reasonable offer on the house.

If the outlets are all 2-prong openings, then obviously the sockets are all ungrounded which is a bad thing. Running grounds to all the outlets in the house and replacing the sockets with grounded 3-prong sockets could be annoying.

4
DIY solution for open ground wiring where electronics need to be plugged in?
4
Why are ungrounded GFCIs required to be labeled?
1
Outlet stopped working, found it is only two wire
0
Wiring hanging pool table light into outlet plug?
0
Outlet not working before/after replacement
3
Outlet tester shows "open ground" on GFCI outlet
0
Adapt a 3prong dryer outlet for other use
1
partial outlet outage