I recently moved into a unit of a 4 plex in Ontario, Canada. This thing scares me: 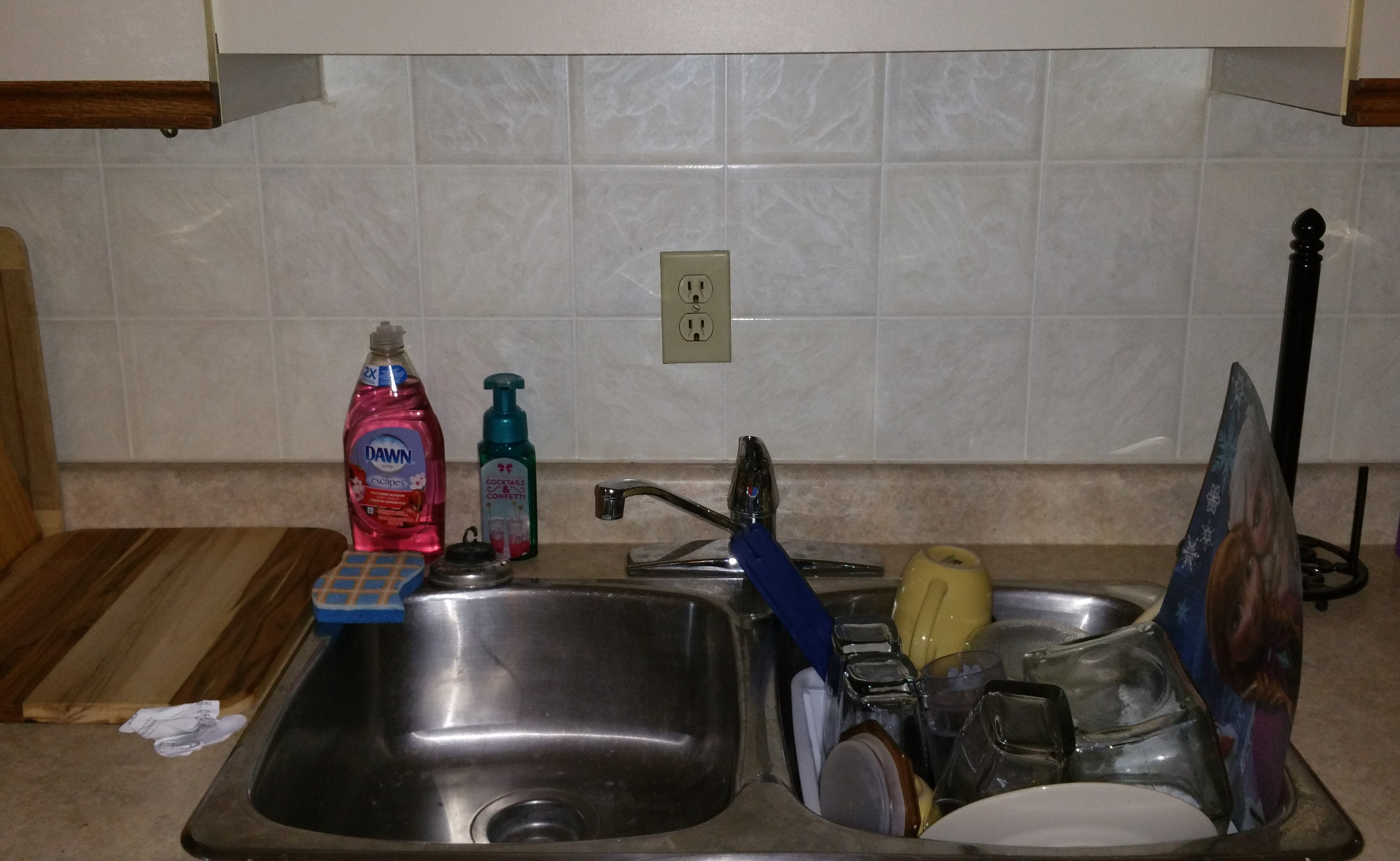 Is an electrical outlet allowed to be above the sink like that? Was it ever allowed? It it something that absolutely must be fixed, or something that is grandfathered in because it's old, and allowed to stay until work is being done on it? Am I worrying over nothing, or risking my life to wash the dishes?

How would one go about fixing this? I'm just a tenant, so I need to either have the landlord fix it, or get permission to do it myself first. But in either case, I want to know what should be done.

Some things I've thought of:

This might possibly have been legal in your jurisdiction around the time Franklin tied a string to a kite. As you've figured out, it's not prudent.

I know you said you've ruled out the possibility of a GFCI being upstream, but have you tested with one of the handheld interrupters? Reason I ask is that GFCIs sometimes turn up in the strangest places.

The easiest fix I can think of is to replace it with a GFCI (using one of the hot legs and capping/continuing the other hot within the junction box).

I suspect your landlord is responsible for fixing this, but you'd have to check with your local powers-that-be. You might get points for fixing it yourself and charging the landlord for parts and a bit of labour.

If it's a split receptacle, then you have a couple options.

This ones fairly easy. Run out to the store, purchase a properly sized double pole GFCI breaker, and replace the old breaker with it.

If there are outlets upstream from this device, you could install a GFCI receptacle on each part of the circuit. However, the wiring is a bit complicated, and would require you to pull an additional grounded (neutral) conductor throughout the circuit.

Not the answer you're looking for? Browse other questions tagged electrical gfci kitchen-sink or ask your own question.

28
How do I install a GFCI receptacle with two hot wires and common neutral?

4
How to add GFCI to a box with one outlet controlled by a switch?
4
How can one whole group of outlets stop working, but the wires to one plug on one outlet are still hot?
1
GFCI Outlets Wired Inline 2011 NEC
0
Michigan Kitchen Sink Electrical Requirements
1
GFCI Outlet or Breaker
3
How to wire a GFCI with 4 white and 4 black wires - see pictures
1
Dead electrical outlets in garage
0
GFCI Outlet in kitchen cutting off power of all other outlets
3
What happens when using a GFCI Tester on a non-GFCI outlet?
2
Dual GFCI/AFCI breaker to support regular TRR USB outlets on kitchen counter: to code?