How should I restore this painted sandstone bay window?

I have a bay window that needs some love.

I think its sandstone and has had several coats of paint over the years. I've scraped all the paint off. Here's where I'm at: 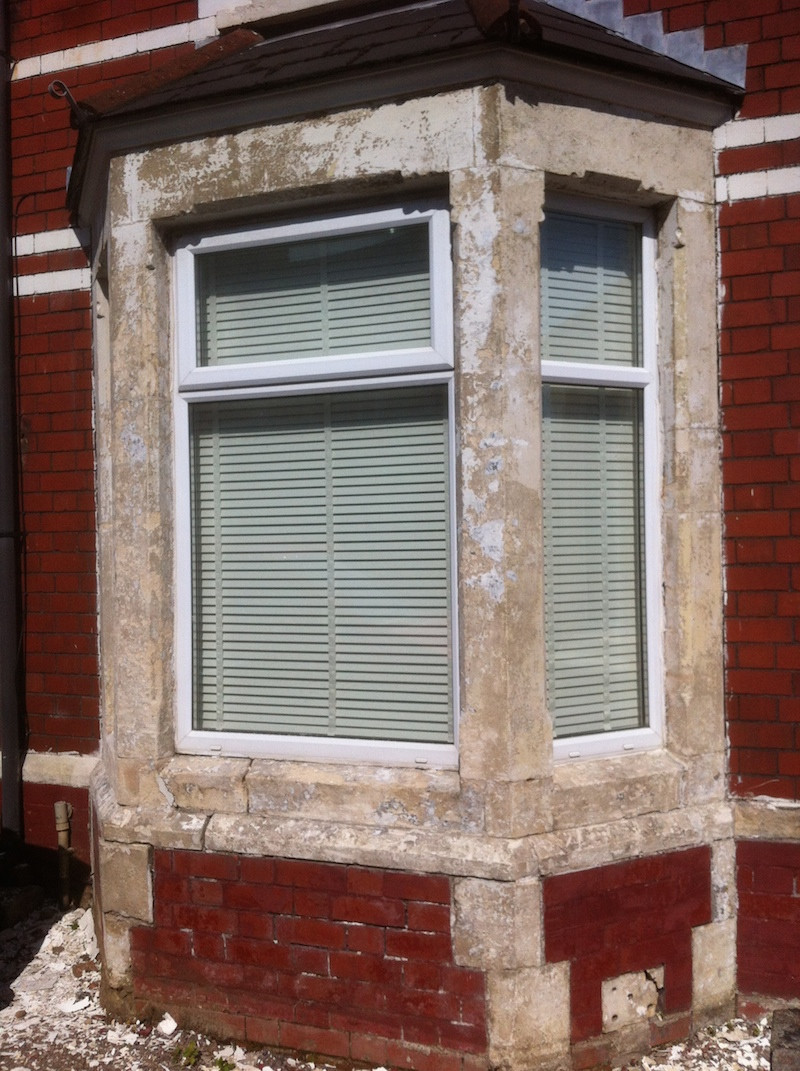 As you can see, it has a few cracks here and there, and the surface isn't particularly smooth after removing the paint. 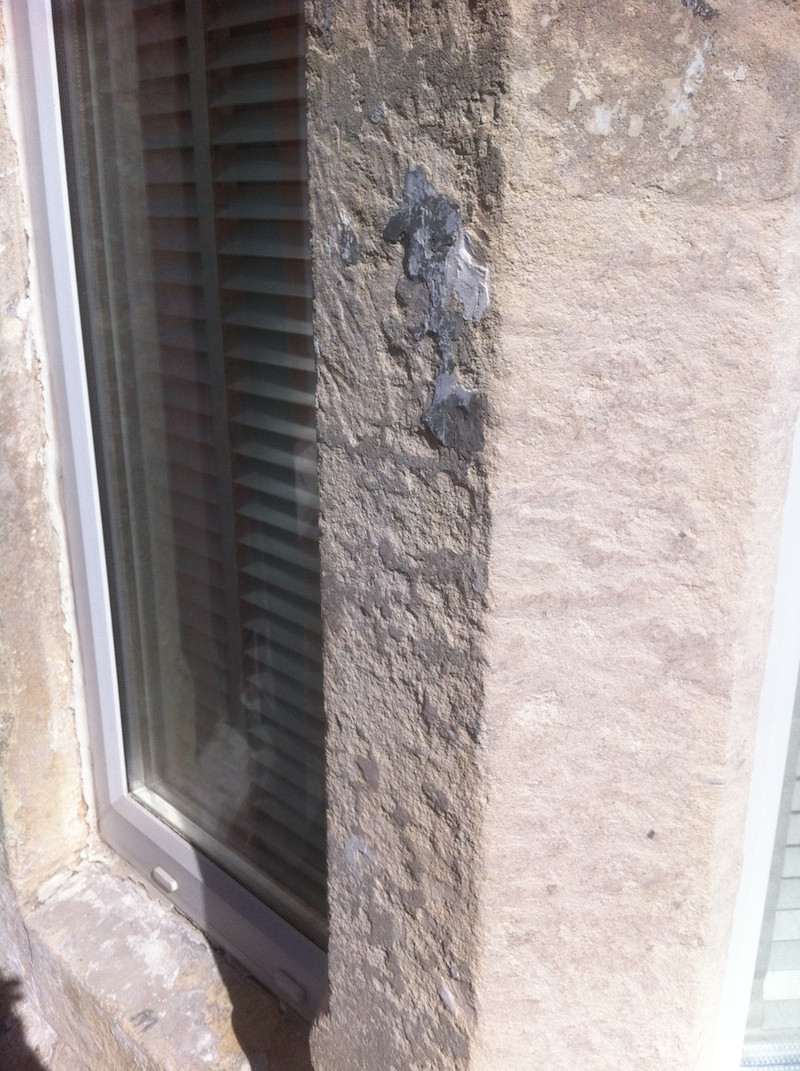 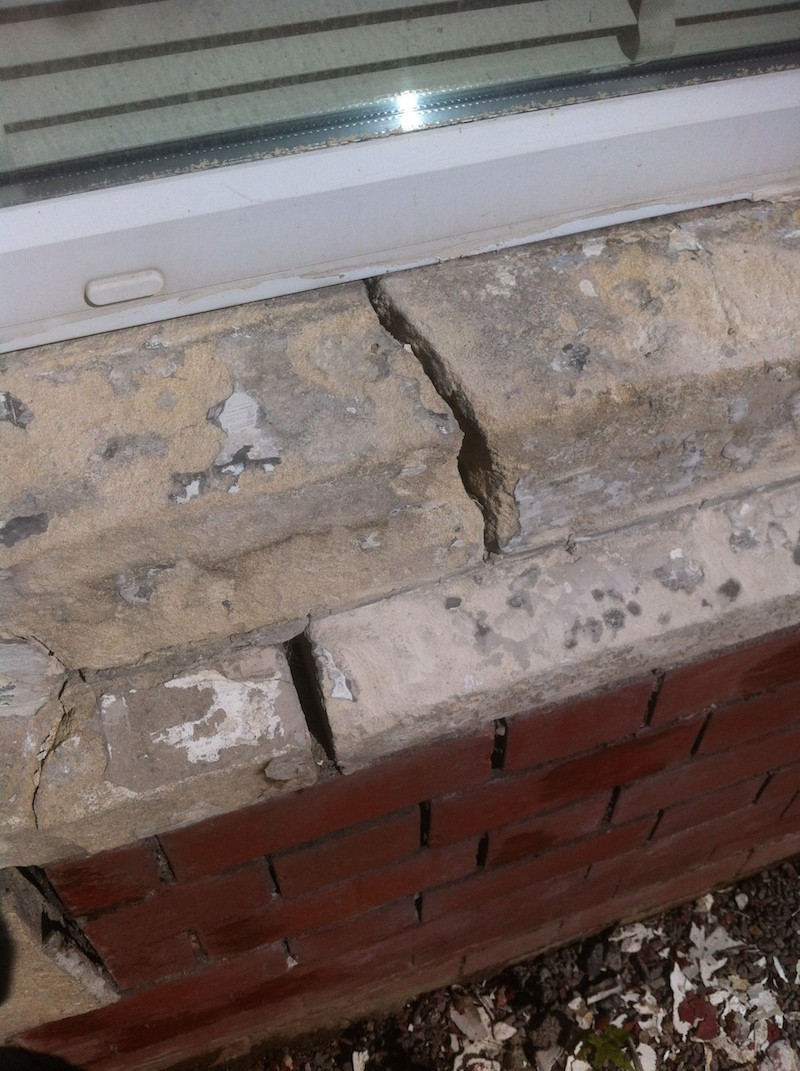 A property on the same street looks like its had a similar issue, and there they've skimmed the stone with what looks like regular cement. 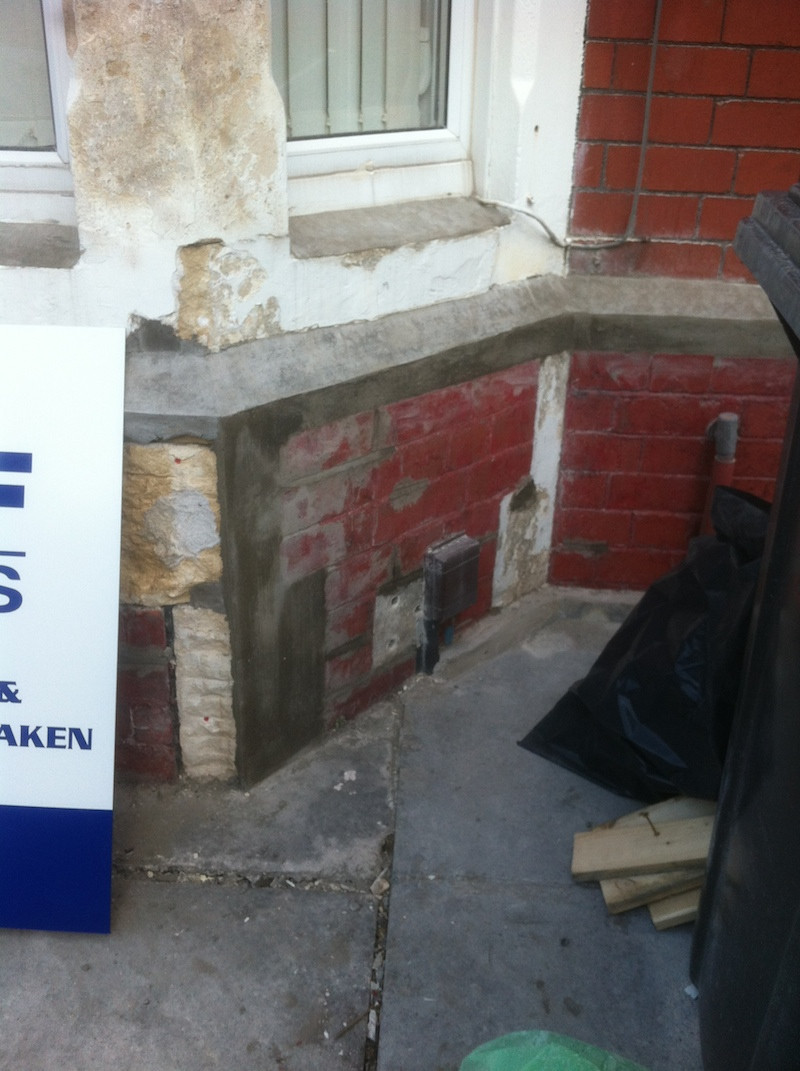 I was thinking that I'd need to do something similar, but cement doesn't seem like too great an idea as it wouldn't allow the stone to breath.

I'll be painting the stonework again so that it ties in with neighbouring properties. What's the best process for this after I've tidied up the surface?

I have seen stonemasons apply a repairing paste where the mortar is mixed with powdered stone of the same type and color, possibly adding a drop universal tinting pigment to match the stone color exactly after testing it in patches. This is applied as a last finishing layer on top of normal mortar (max thickness 1/4 inch).

If you are going to paint the stone, then you should use a silicate-based paint, but you need to protect your eyes and skin from exposure to the paint because it is toxic.

I'm getting something similar done. Either get a stone mason out to do the job or to give you a quote/some advice. Like you said not a good idea to use cement as it will trap damp and degrade the stone quicker. Use a diamond grinder to get the sandstone smooth and fill in any cracks with lime mortar. Then only use limewash or a good quality mineral paint to finish so it allows the stone to breathe.

Not the answer you're looking for? Browse other questions tagged windows painting stone uk or ask your own question.

3
How to tidily restore a sandstone fireplace
1
Sanded wall rough after brushing / rolling Kilz Original -- should I sand or is this normal?
1
How should I restore these cames in leadlight window?
21
Paint-stripping purgatory - stuck in the middle - what should we do?
1
Attach stone veneer evenly to irregularly shaped foundation
1
How to mount an air conditioner in this window?
3
How to prepare fresh new plaster on old walls for painting?