Can I safely connect 10amp flexible/stranded wire to a 15amp connector which in turn is connected to 2.0mm solid house wiring?

My issue is that I have a home automation dimmer that has tiny, 1.0mm connectors. They're too small to use with the currently installed solid 2.0mm (sometimes 2.5) house lighting circuit wiring.

The lighting circuit is connected to a 10amp breaker.

My question is whether it is safe to do the following:

Can I connect the house wiring (2.0mm/2.5mm) to a 15amp (or higher) rated connector (the common screw type or one of the WAGO connectors) and on the other end connect a flexible/stranded 1.0mm wire which in turn is connected to the dimmer switch?

My electrician indicates that as long as your connectors and wires are all rated 10amp (breaker rating) or higher it should not be a problem. The reverse, i.e. using say a 5amp connector would lead to heat and a fire hazard.

Caveat: Definitely take the advice of a local professional electrician.

Yes, You're Okay Doing This

This is assuming that your dimmer is rated for your household current and that you don't attach any loads to the dimmer that exceed the capacity of the wire, and your circuit breaker protects the wire either way. This actually strikes me as an interesting issue with things like dimmer switches in the U.S. They virtually all come with stranded leads permanently wired in, for attachment to the "mains" power, and I've never seen leads bigger than #18 (1.0mm) or maybe #16 on a residential dimmer switch. It's obviously safe, and it's implicitly covered by code because the wires are an integral part of a tested and approved device, just like all the little #18 wires inside your electric stove and oven.

Since you're in an area where the electrical standard is the same as the U.K., you're looking at a 230V/50Hz dimmer without permanently-attached leads something like this one or like this one, I presume? 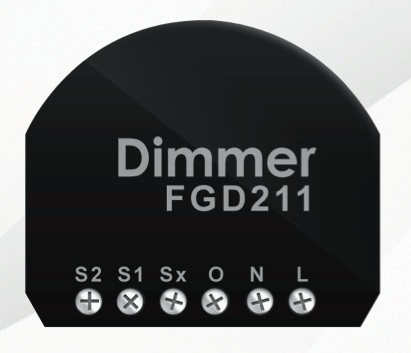 But it would be the same as if you were using a 230V/50Hz manual dimmer like this one. 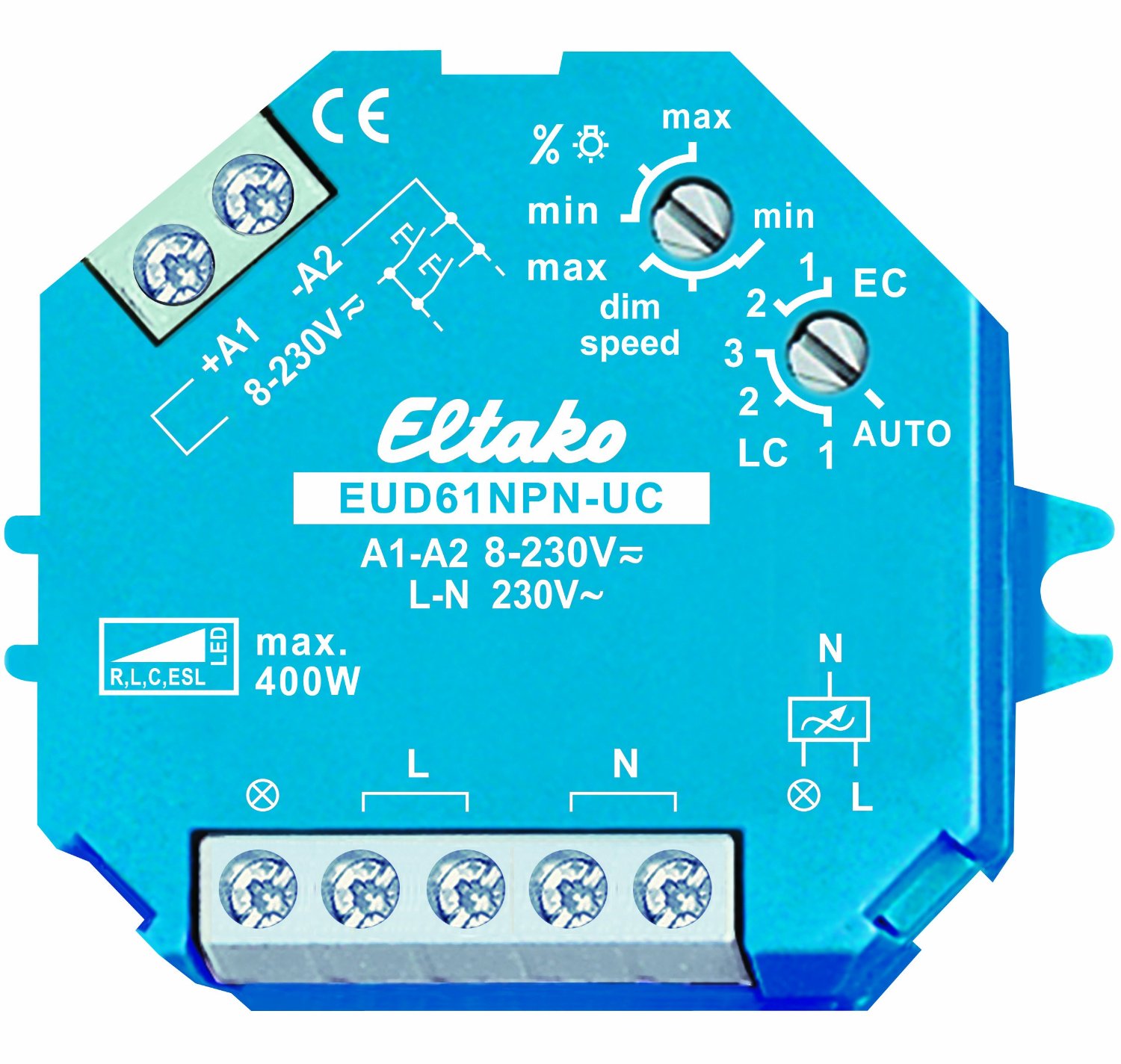 In short; yes, it is safe to use a wire nut or WAGO connector to connect a smaller wire from your dimmer switch to the house wiring, presuming you're using an appropriately-sized connector. Loose connections are the enemy, leading to heat and fires.

If your professional electrician said everything is okay as long as every wire is good for at least 10A, I'd believe him/her. In the U.S., you would never use #18 wire (1.0mm) for running household circuits, but it's used all over the place in appliance cords, light fixtures, things like dimmer switches and inside of appliances, and is good for at least 10A (actually, it's good for 14A at 90°C/194°F).

Paper auto-ignites somewhere around 450°F (232°C). In other words, the rules are appropriately conservative on the side of safety, no matter where you live. And you're putting this wire inside a box where it isn't directly exposed to ignition sources (paper, wood). So you have just enough smaller wire inside the box to connect the dimmer to mains power, and the wire is good for 14A at a maximum operating temperature of 90°C, the entire circuit is on a 10A circuit breaker, and your local electrician told you that as long as all of the wire is good for at least 10A, you're safe. I believe you're good to go!

The only way it's going to get up to 90°C in that box is if you've made poor/loose electrical connections in there. Even putting the box in direct sunlight all day wouldn't make it hotter than that.

You have a presumably tested and approved AC-powered device (your dimmer), intended for your locale (your local voltage), with power terminals that can only accommodate wire of a certain maximum size. Those power terminals are the size they are because the device plus the attached light draw only a limited amount of power. They will draw as much power as they are designed to draw, and no more. Connecting it to a bigger wire or bigger breaker will NOT cause it to draw more power.

You could wire that dimmer switch straight to the bus bars in your service panel and it would function normally. Circuit breakers don't change the voltage on the wire, they just protect the wire from overheating. If you hook up a bigger load than the breaker's rating, the breaker will trip before the wire gets so hot that it starts a fire. So the circuit breaker is ultimately about protecting human life from fires.

It is also perfectly safe to connect a larger wire to a smaller breaker. In some cases, you want to do exactly that. For example, if you have a long circuit run, you will get voltage drop over the circuit, but voltage drops less with bigger wire.

It is NOT okay to connect a smaller wire to a larger breaker than it is rated for.

(EDIT removed reference to AWG, but it's easy enough to find references to both British/Imperial Wire Gauge and American Wire Gauge, and the find table comparing both and showing amperage ratings for both if anyone is interested).

2
How do you properly connect 3 x solid 2.5mm wires to a 4mm stranded wire?
3
Why do I need such thick wires in household electrical installation?
1
Class 1 low voltage wiring in wall
2
Rewiring European Chandelier
2
Found mismatched breaker and wiring while replacing kitchen outlet in older house
3
15 amp line connects to -> 20 amp line -> 20 amp GFCI -> 15 amp outlet
1
Electricians, do you see any problems with this wiring diagram for power at light shared between independent light groups?
7
Crimp spade connectors in breaker box?
1
selectivity of domestic mini circuit breakers
2
"Lending" the ground wire of a 120V/15A circuit to a 240V/30A circuit