Configuring a plug-on-neutral breaker panel as a subpanel

I recently learned about a new species of breaker panel known as the "plug-on-neutral" design. All the major load center manufacturers seem to be making these now. The idea is to provide a neutral bar at a fixed distance on each side of the bus bars, so specially-designed AFCI or GFCI breakers can plug directly onto the bus bar and the neutral bar without requiring a pigtail connection. Here's a picture from a catalog: 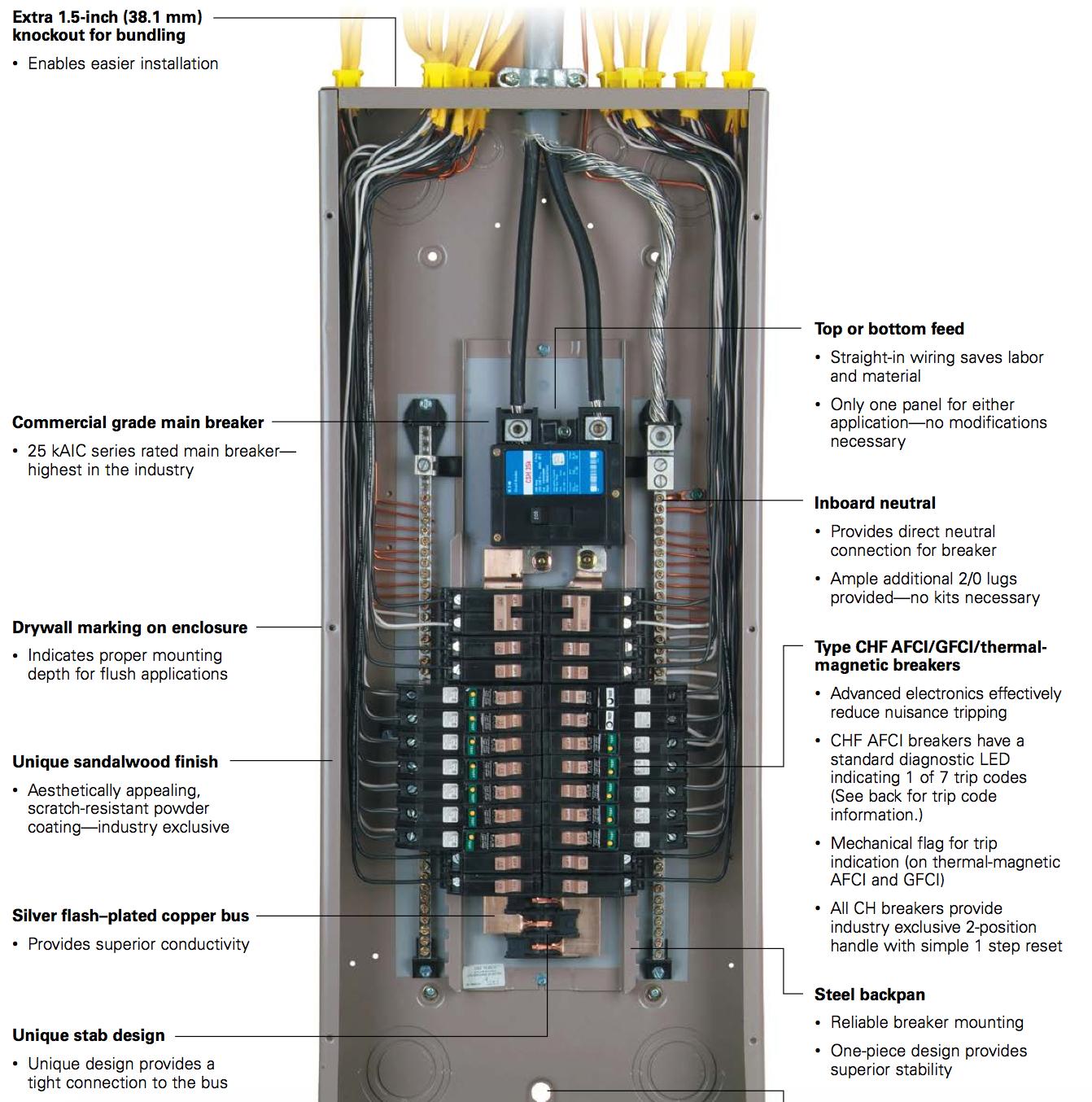 The extra-long breakers in the middle are the AFCI ones which snap directly onto the neutral bar. Very clever!

Does this mean one of those bars must be separated from the neutral somehow, in which case the fancy plug-on breakers would be limited to one side of the panel? Or can they both be isolated and a separate ground bar installed (how?)

It seems like it would be a waste if only one side could take advantage of the plug-on AFCI/GFCI, since almost every room requires one or the other now.

You'd have to remove the bonding jumper, and install a separate grounding bar.

Notice in this image, there are clearly separate grounding bars installed. 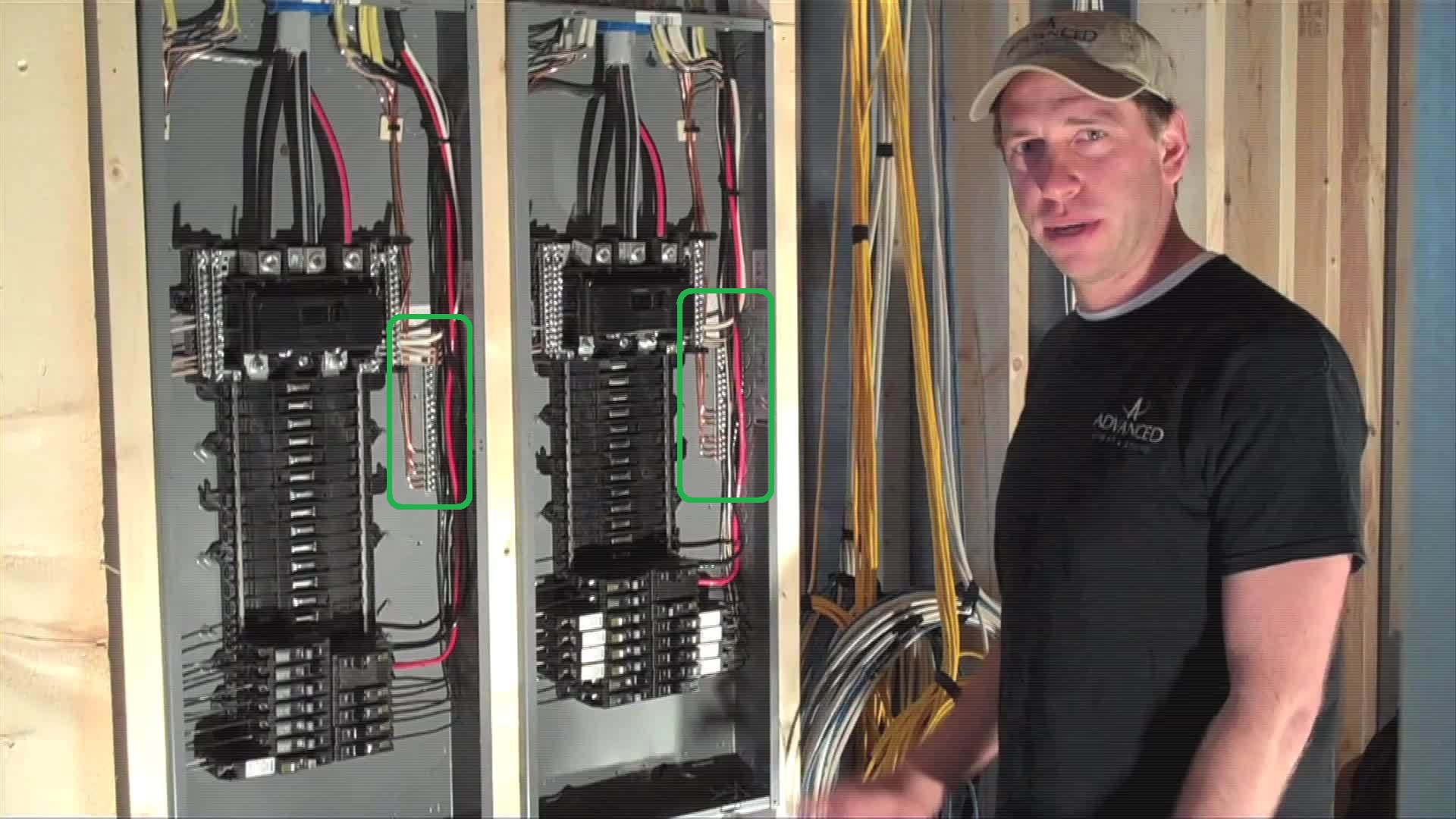 To use this as a subpanel you would have to buy a seperate ground block and grounding lug with enough spaces for your circuits or maybe two that could be combined with #6 or #8 bare copper. Then your bare stranded ground would connect to this new ground block and your neutral wire would connect to the lug where the bare stranded ground was connected before. If you remove the bonding strap then you loose neutral on breaker function for one side of the panel thus rendering any AFCI breakers on the affected side nonfunction for Arc Fault.

Here is the location of the bonding strap that links the two neutral bars. It could likely be removed if so desired, but those two should stay linked and be tied with that strap to neutral so that the plug on neutral AFCI and GFCI breakers can operate properly.

To use it as a sub-panel, you would add a grounding bar tied into the metal casing (where as you can see by the plastic insulators, these neutral bars are not bonded to the chassis/ground). 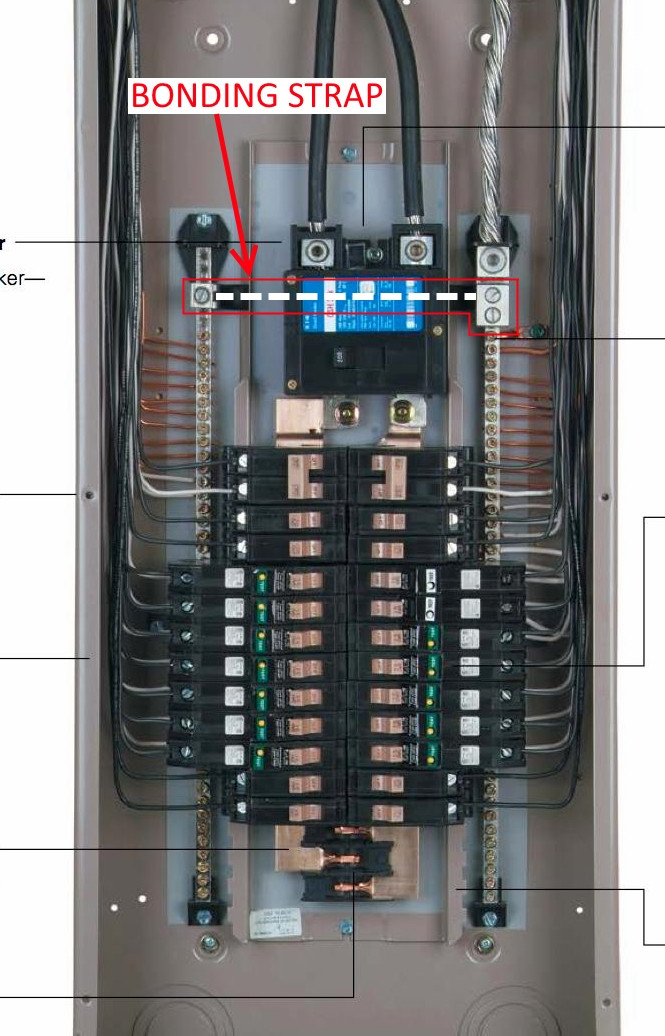 Not the answer you're looking for? Browse other questions tagged electrical product-recommendation electrical-panel afci or ask your own question.

8
Can I install an additional breaker bus bar on my main breaker panel?
6
What should I do if the AFCI breaker neutral pigtail is too short?
12
why is a service neutral grounded but not the subpanel-neutral?
1
My subpanel has neutral and ground all mixed together?
1
Single neutral bus bar in subpanel with 2 columns of breakers?
3
Neutral and ground connected to one bus bar in subpanel; should I change?
2
Are this subpanel's neutral and ground connected?
2
Two hots, one shared neutral, can it work with plug on neutral GFCI/AFCI breakers?
2
How to find a neutral to ground short on my main panel