What kind of joints are best used for a loft bed? 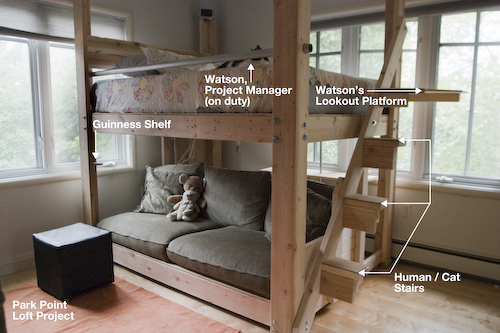 It's quite hard to view how the corners are joined together. I found a couple of other designs that are similar, it kind of looks like a butt joint and then some lag bolts to hold the horizontal boards but I cant be sure, any ideas?

The joints in the design you referenced are actually plain lap joints held together by lag bolts or lag screws. If you wanted to get a bit fancier, you could always use half-lap joints or one of the other variations shown below. These will require a bit more work, but all but the dovetail lap shown below can still be done with just a circular saw and a chisel. The advantage of a half-lap joint is that the lags are no longer holding the weight of the assembly in shear. The wood of the column under the joint is supporting it in compression, while the bolts only hold it together. 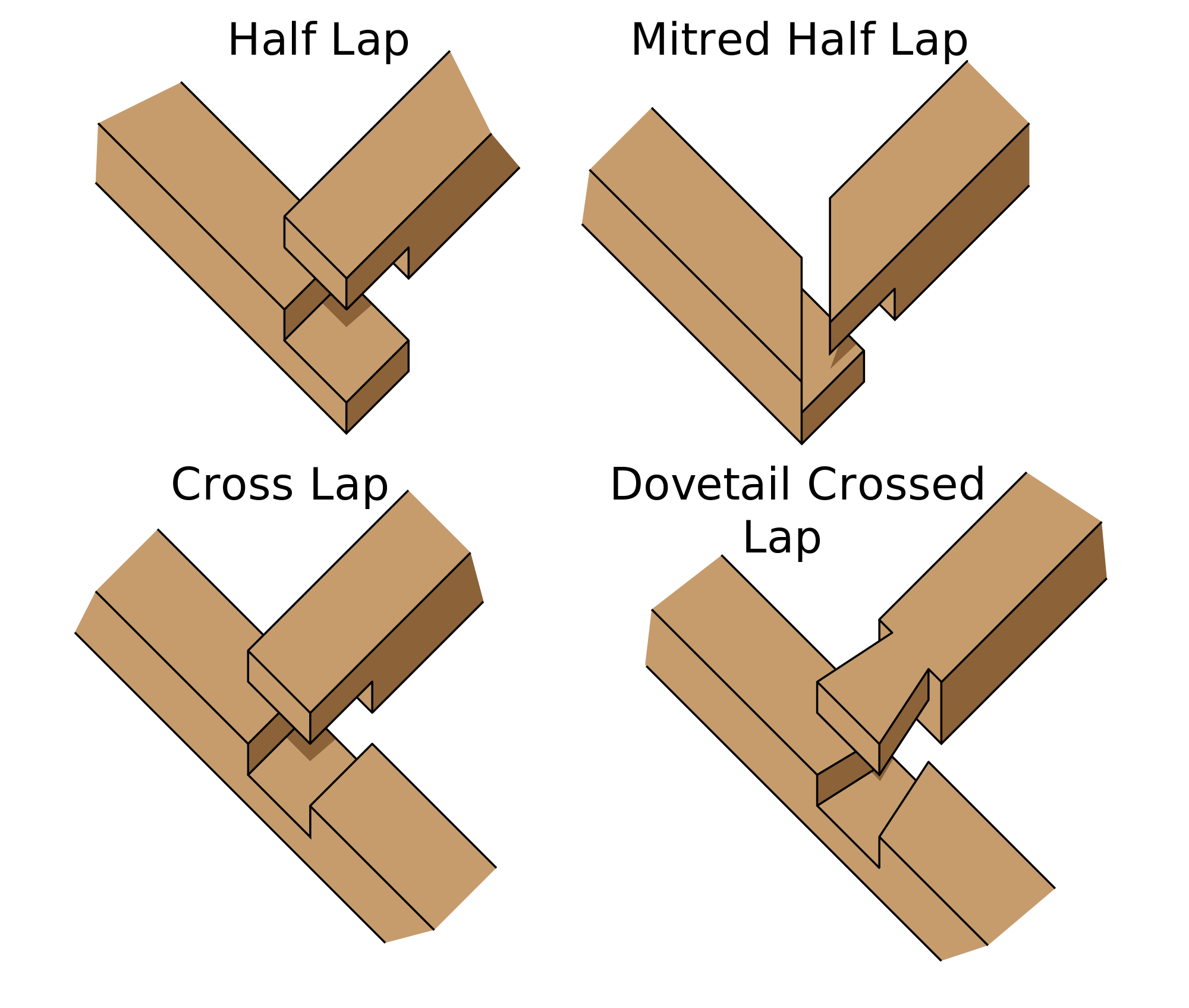 Either way, lap or half-lap joints are a plenty strong design, although the former lacks a little bit in aesthetics. If you're okay with the look, that will probably be the easiest method of construction, especially if you plan on disassembling it at some point (which you'll have to do if you ever plan on moving it out of the room!).

A butt joint would be if the two boards formed a T. These are used for the legs/vertical columns in the design you reference. For these, I'd use wood glue and wood screws to hold them together. 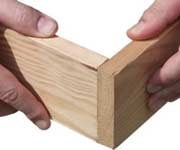 Wood glue will help strengthen all permanent joints. So I'd recommend gluing all subassemblies that won't need to be disassembled for transport. This will also help reduce confusion when reassembling later.

Not the answer you're looking for? Browse other questions tagged woodworking furniture joints or ask your own question.

2
How to build a wooden ladder for a loft bed?
1
What is an aesthetically pleasing way to add lateral support to a loft bed?
3
Are pocket screws strong enough for a bed frame?
3
What kind of joint is the best for joining wooden countertops?
0
Painting Ikea Stora Loft Bed
3
What are the sturdiest types of joints for my lofted queen bed frame?
2
Is this loft bed flooring strong enough?
0
Are wood boxes sturdy enough to support a loft bed?
2
How to hoist hot tub out of surrounding deck?