I'm doing some remodeling in our basement, and came across the following (see pictures). It looks like the contractor simply wrapped tape around the conduit to secure the box to the wall.

How are exterior boxes usually secured to an exterior wall? What is the "correct" way to prevent weather and/or critters from accessing the hole in the siding? I saw a similar post that mentioned caulking the box to the exterior wall, but is that how it's usually done? Are there any IBC codes that apply in this situation? 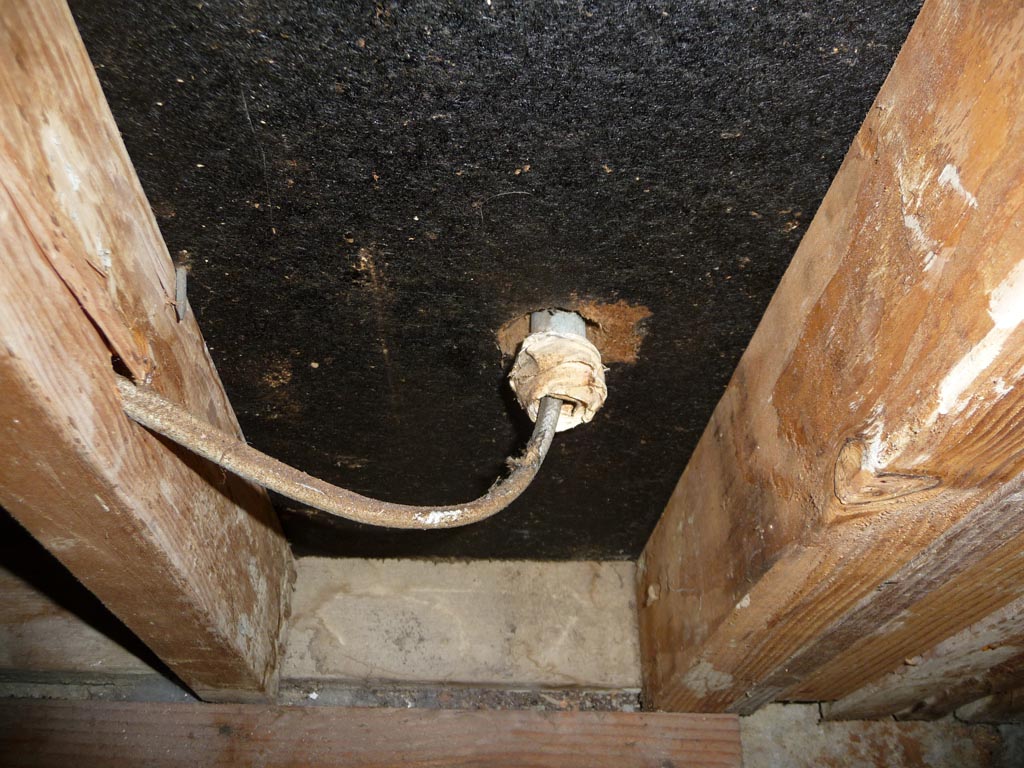 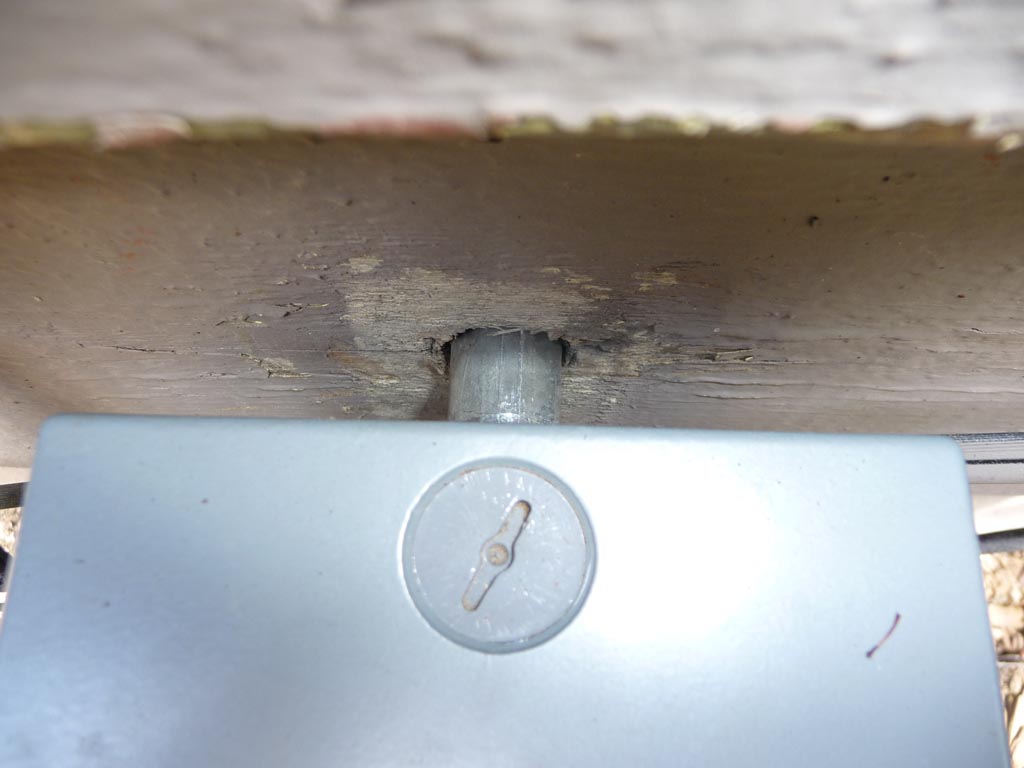 The IRC or the NEC doesn't apply here, common sense does. What you need to do is apply a paintable silicone acrylic or silicone caulk to the back of the box and around the entry hole before you screw the box to the wall. There should be holes inside the box or external ears for mounting. The idea is to stop water from going behind the box and around the conduit into the wall. Don't be afraid to use it, you can wipe off the excess with a damp cloth. Good luck.

You can go the caulking route, but I personally like a putty like material called duct seal for sealing many of my protrusions (click the picture for the product link): 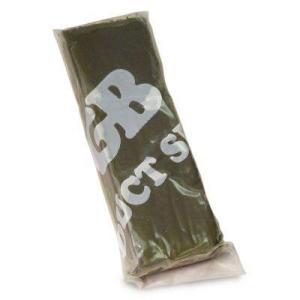 When you work it in, leave a lot of it around the conduit outside of the wall so that when you reattach the box to the house, it squeezes the material to create a weather tight seal. Should you decide to caulk around the perimeter of the box, I would leave an opening at the bottom of the box to allow moisture to escape. Because more importantly than keeping the spiders out, you want to avoid trapping moisture and causing wood rot.

The best way is to clean the area behind the box on the outside wall.. some sand paper make it kinda' rough. Use water resistant silicone and apply around the pipe area and on the edges of the square. Use screws and faster the box to the (looks like wood so use some longer wood screws about 6) and fasten it tightly to the wall. Apply water repellent silicone to the outside permiter of the box after you fastened, use your finger to create a curved area- don't be shy , all around the box one with no breaks. On the inside you can just put more silicone in the pipe where the wire is running.. will stop any spiders and possibly some minor amount of dampness.

This answer is based on experience. Home regulations only mention that exterior boxes need to be well insulated from water and in some countries grounded to a earth leakage breaker is applicable.. especially if you get freezing winters. Otherwise this box will stay fastened to your wall forever and ever.

There are lots of ways to run cable through the sheathing as seen in the picture, but there are some issues with what's shown.

It looks like they used short rigid nipple as protection around the cable. Nothing wrong with that, as long as you do it right. The nipple doesn't extend too close to the inside finish wall, which is good. You'd need a proper bushing where the cable exits to protect the cable from abrasion. A threaded plastic bushing that threads onto the end of the nipple, rather than a lump of tape, would be suitable. If the box was securely mounted to the wall from the outside, and the space between the nipple and the hole filled with silicone sealant or duct seal, then it would be OK.

Although it's done as shown all the time, technically the NM-B indoor cable is not rated for the outdoor location in the box. It should be a UF cable. If you want to be super picky, I bet that nipple is a plumbing pipe nipple rather than an electrical conduit nipple.

A more common way to do this would be to use a cable connector fitting on the back of the box, instead of the nipple: 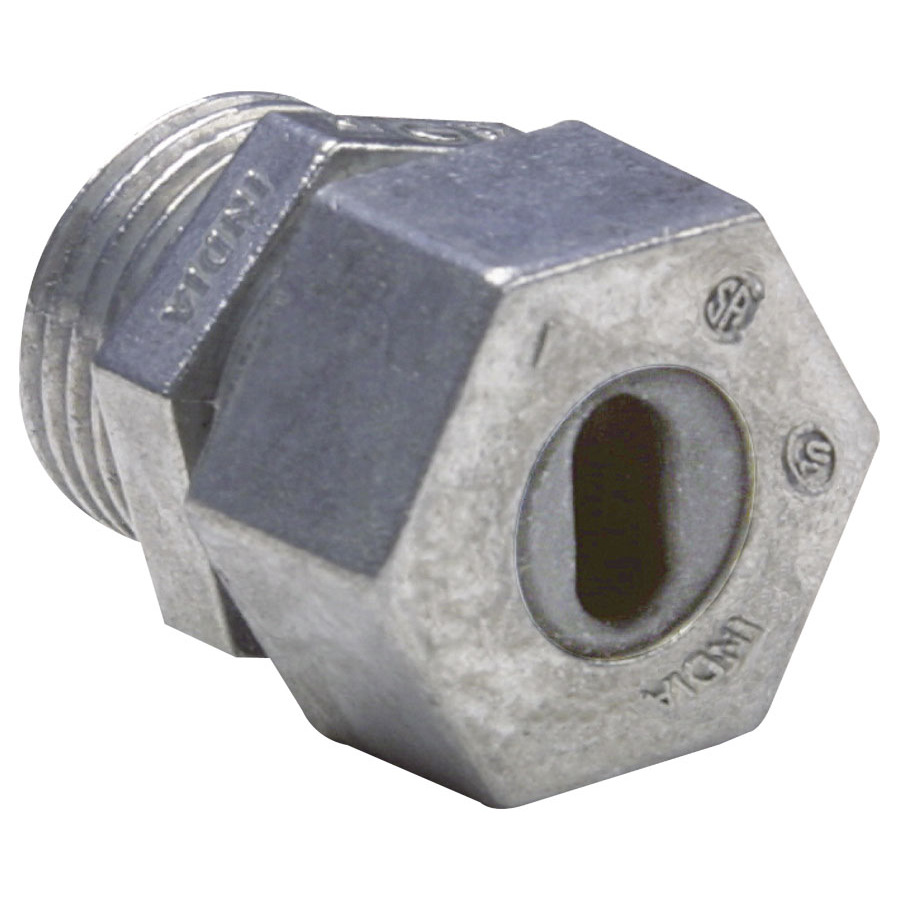 Again you'd need to seal between the connector and the hole in the wall with silicone or duct seal to ensure that water doesn't seep in, and fasten the box securely to the outside wall.

Not the answer you're looking for? Browse other questions tagged electrical exterior conduit or ask your own question.

30
How do I properly feed coax through an outside wall?
1
Adapting an outside wall outlet to suface mount conduit?
4
Cable securing/support, conduit, etc when exiting main service panel: questions
3
Transition PVC outdoor conduit to EMT
3
How to install drywall over electrical box connected to rigid conduit?
1
How can I continue a circuit from a light switch through a light using 12/3 cable?
1
Proper reinforcing of electrical box on drywall
1
Install meter box on existing steel siding
1
Do I need conduit?