How can I access the lint duct assembly of a Maytag Centennial dryer?

We have a Maytag Centennial dryer (Model # MGDC700VW0) that has had its lint filter neglected too many times in-between runs. When the lint filter is over-full, pulling it out actually lets lint spill into the lint duct assembly (bulkhead part #45 at the bottom of this diagram) and accumulate there. It's only year old, but at this point, the dryer is taking too long to dry, and I'm attacking this as the first culprit. (I'll also be cleaning out the short vent duct, too)

The old dryer we had could have the top pop up, revealing a couple set screws that held on the front. Not this unit :-( ...I've spent about 2 hours (and one blood-blister) trying to get into it.

Does anyone have any ideas besides an acetylene torch? :-)

If anyone else has this problem, don't try to take the dryer apart!

I found it's much easier - stick your head in the dryer, and get a good look at the Outlet Grill (Bulkhead Part #32). (If the hyperlink breaks, the Outlet Grill is the part that holds the lint filter). Lint covers up recessed screws on the grill that you need to remove.

Once you get the Outlet Grill off, you have plenty of space to get into the lint duct and clear it out. 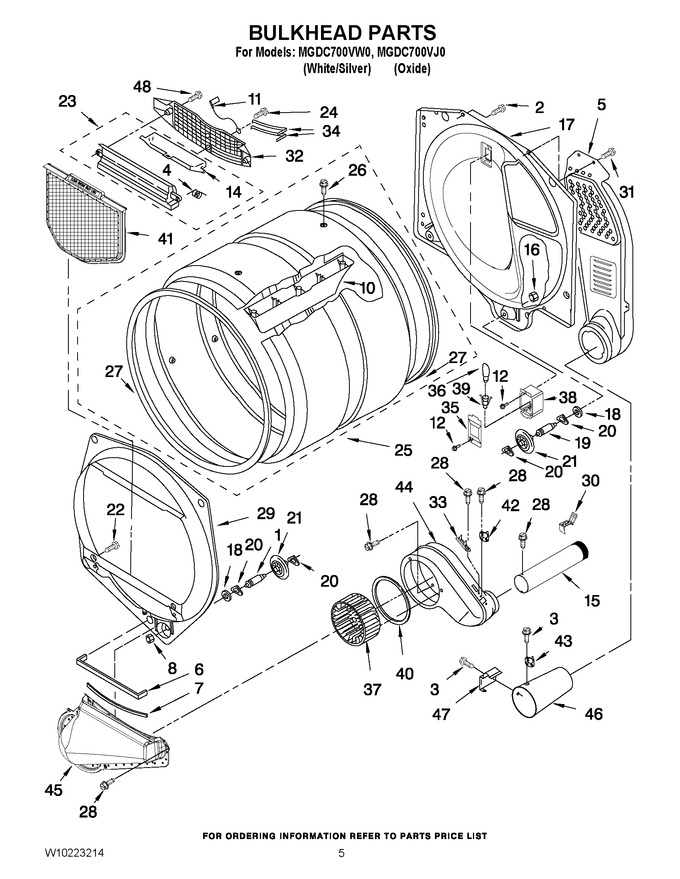