Plywood plate for mounting to wall

I would like to attach a projector arm to my drywall, but the mounting plate of the arm is a bit wider than a wall stud.

Thus, I would like to create an intermediate plywood mounting plate that I can screw into the wall at a stud, and then mount the projector arm to that intermediate plate.

I am looking for advice about what hardware to use for each step of the process: what kind of screws or bolts should I use to attach the plywood plate to my wall? How long should they be? Should I pre-drill holes?

And then how should I screw the actual projector arm mounting plate into that plywood plate? Should I pre-drill holes? Should I use the drywall anchors that came with the projector mounting kit?

The plywood material needs to be hefty enough to be able to take the fasteners needed for the arm assembly. I would use a minimum thickness of 3/4" for the plywood and use a type that has more layers than less. Select something that is going to be solid without internal gaps that some cheap stuff has. Here is a picture of what could be considered a decent grade of plywood. 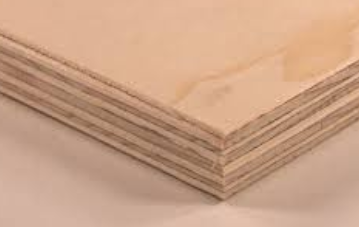 You would anchor the plywood to the studs in at least six places. That would be three per stud. Assuming that the studs are wood you would use wood screws for this attachment. Flat head wood screws of the #10 or #12 size are what is called for here. The screws should be long enough so that they penetrate into the stud material itself two inches. Do not forget to add the thickness of the wall covering (drywall) to the length of the screws. You do want to pre-drill a clearance hole through the plywood for the body size of the wood screws. Also countersink the head side of the hole just enough so that the heads will draw down to just below the surface of the plywood so that you can later fill over the heads and paint the surface to look nice. There should also be pilot drill sized holes sunk into the studs where the screws will be installed. The size is determined by the minor diameter of the screw at the base of its threads. 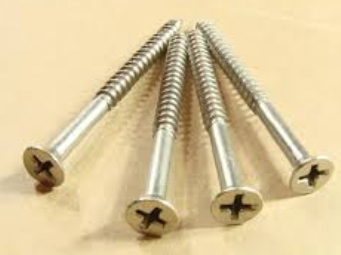 For mounting the arm bracket I would suggest that you not try to screw into the plywood plate. Instead I would suggest that you pre-install fasteners for the bracket from the back side of the plywood before mounting it to the wall. There are two types of fastener applicable here. One is to use a T-Nut that pounds into a clearance hole from the back side. Sharp tines on the T-Nut secure it to the plywood and keep it from turning. The other approach would be to use carriage bolts. These have a shallow round head and a square section under the head that is pounded into the hole to keep the bolt from turning when applying nuts and washers from the other end. I would recommend 5/16" sized T-Nut or carriage bolt. Here are images of a T-Nut and a carriage bolt. 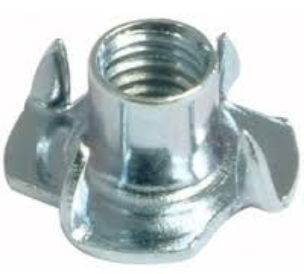 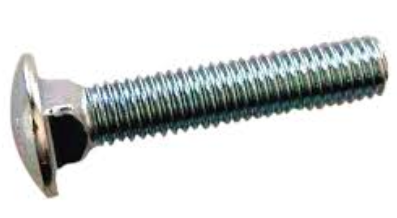 The short bolts that are used with T-Nuts would look similar to the following picture. The length of the threaded portion of the bolt would be about the thickness of the plywood so that it does not bottom out and dig into the wall surface under the plywood. 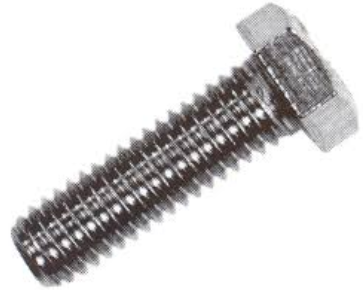 For both the fastener applications that I suggested you want to make sure to use a sturdy flat washer that will span across the holes on the bracket. 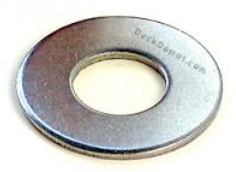 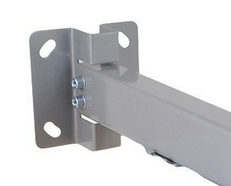 Not the answer you're looking for? Browse other questions tagged drywall screws plywood bolts or ask your own question.

2
How can I attach a 3.5" mounting plate to a 2.75" round electrical box?
0
How do I install floating shelves on drywall using a drill?
1
What lag bolts to use when mounting 65" TV to drywall using plywood?
2
How to mount metal box to wooden beam?
2
Transferring anchor locations from the wall to plywood
1
What is a wall called which has plywood installed behind the drywall?
0
Safe mounting of decorative hook with small holes
6
Help identifying pieces in ambiguous wall anchor kit
0
What type of fasteners for server rack in plywood?