How heavy is too heavy? mounting heavy window planter boxes

I want to mount some heavy planter boxes on an outside wall under windows. The boxes are 52” wide and will go below nylon window frames that are a little more than 48” wide. I have a frame house from the 80’s with L-1011 siding covered by Hardi Plank shingles on the exterior. I made the planter boxes out of 5/4 pvc boards. The boxes that I made are actually designed to allow us to put generic plastic planter boxes or pots inside these outer more ornamental shells. The shell boxes are also designed to hold weight of plants and to not sag in the front.

When I say heavy, I figure that the interior planter boxes have about 2.8 cubic feet of volume. If I filled this space with water, which is the worst case, they would weigh 174 lbs. The boards used for the outside boxes aren’t light either. I don’t know exactly, say 50 lbs. That’s over 220 lbs. the interior boxes that will contain the plants are plastic and don’t weigh much.

My goal is low maintenance and to mount these boxes so that they won’t sag but also so to mount them so that they can be removed, and when removed ideally, not leave an unsightly hanging mechanism.

I want to use four 3/8” stainless mounting screws for each box. These are the kind of screws with two sets of threads, a screw end to screw permanently into the stub and a bolt end that will go through the board on the back of the box and will be attached to the box with a large washer and a removable nut. The back of the boxes won’t exactly be flush to the mounting wall, as the shingles are irregular.

Will four mount points be enough for the weight?
Can I screw two of the mounting bolts through into the window’s king studs near the bottom of the window, and the two other two into the lower orphan studs or jack studs? Will this be strong enough? Am I liable to break my window trying to hold this using the king studs and jack studs? Is 230 lbs a lot, too much maybe, for studs on an exterior wall?

What do you suggest? Thank you!

I used z-clips also known as french cleats. Perfect. They distribute the load across the sill of the window, including to the studs on both sides. Seems to be holding fine. 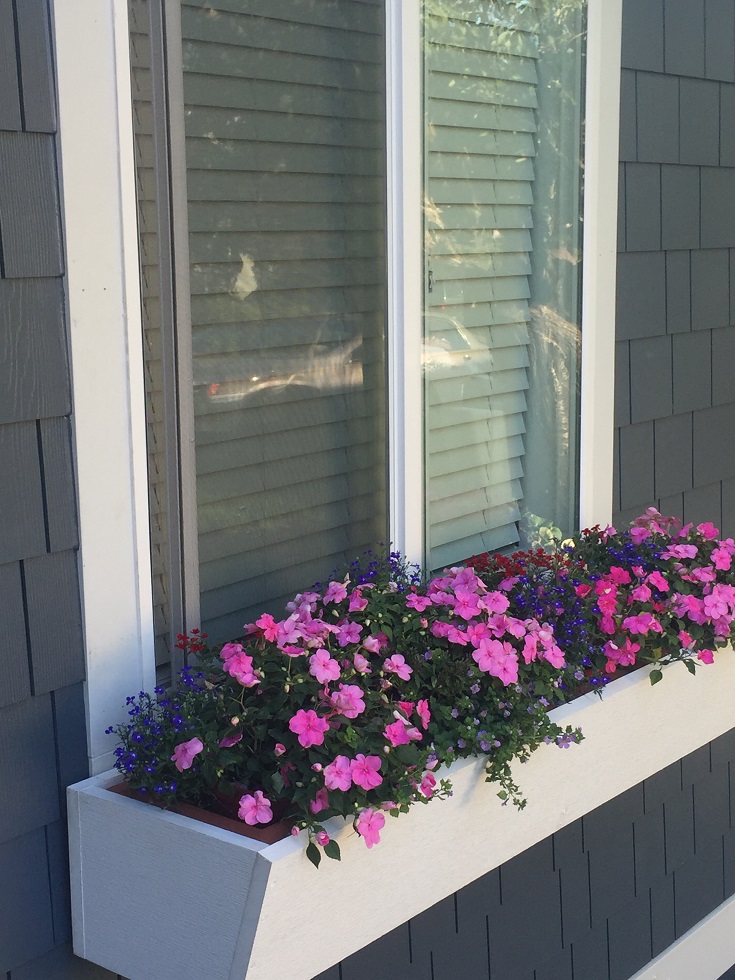 Not the answer you're looking for? Browse other questions tagged windows mounting studs or ask your own question.

3
Mounting TV on Plywood over Window
1
Best way(s) to add new king stud to existing exterior wall
0
Header for new window
2
what is the design load limit for a jack stud and header plate?
2
How to frame a rough opening on an existing header?
4
Can I replace a window in a garage gable wall without adding a modern header?
4
What are the steps to raising an interior wall header?
1
Help with mounting a TV over a window
12
Can I mount a TV stand on drywall on only one stud?
0
Is it okay to hang a heavy object on a kingstud?