My timber retaining wall is tipping over

My timber retaining wall is falling over, I'm just wondering what my options are? Is there a way to fix what I've got, or will I need to dig this whole area out and rebuild? You can't tell from the pictures but it's about 3-4 feet tall. 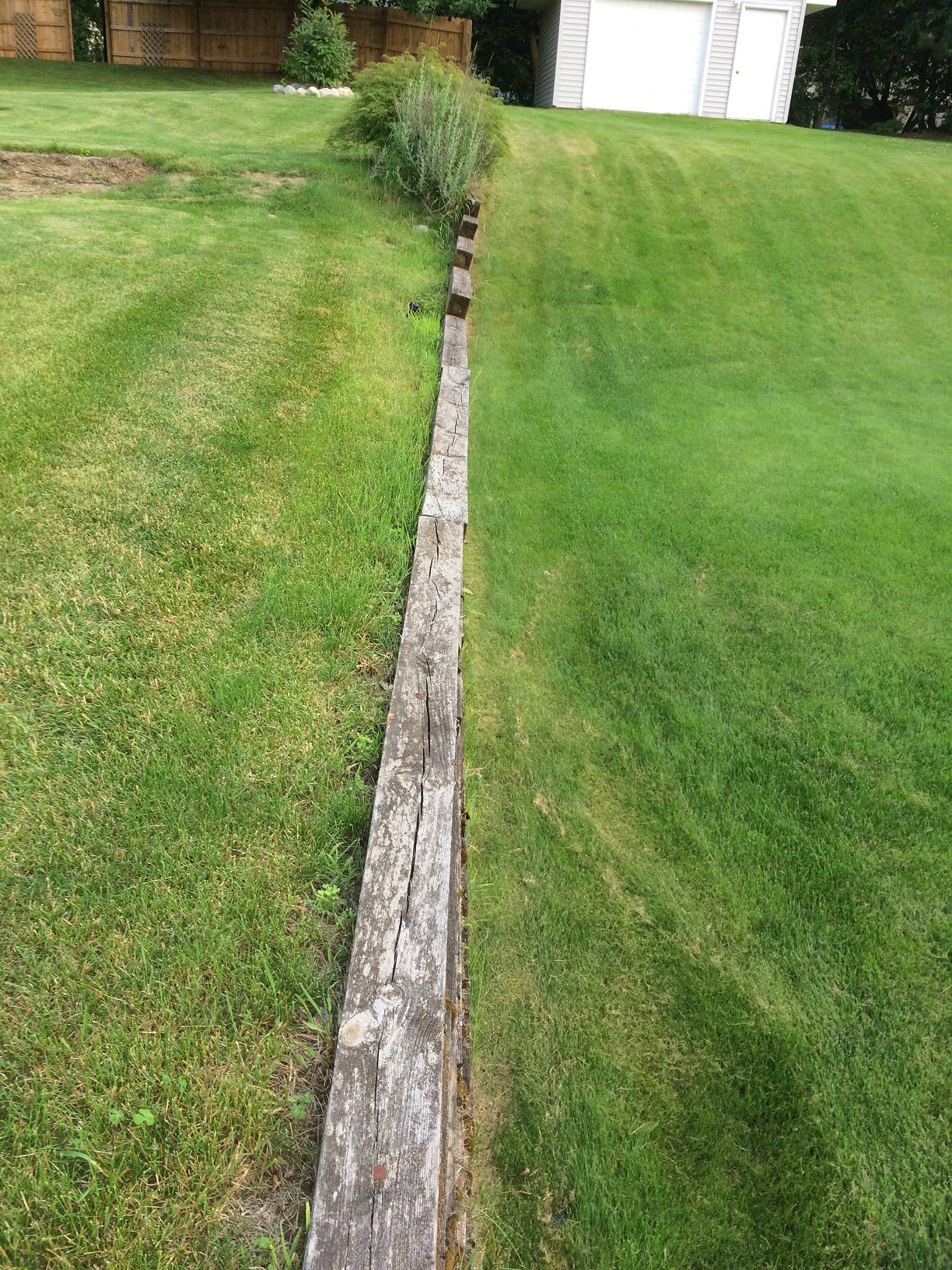 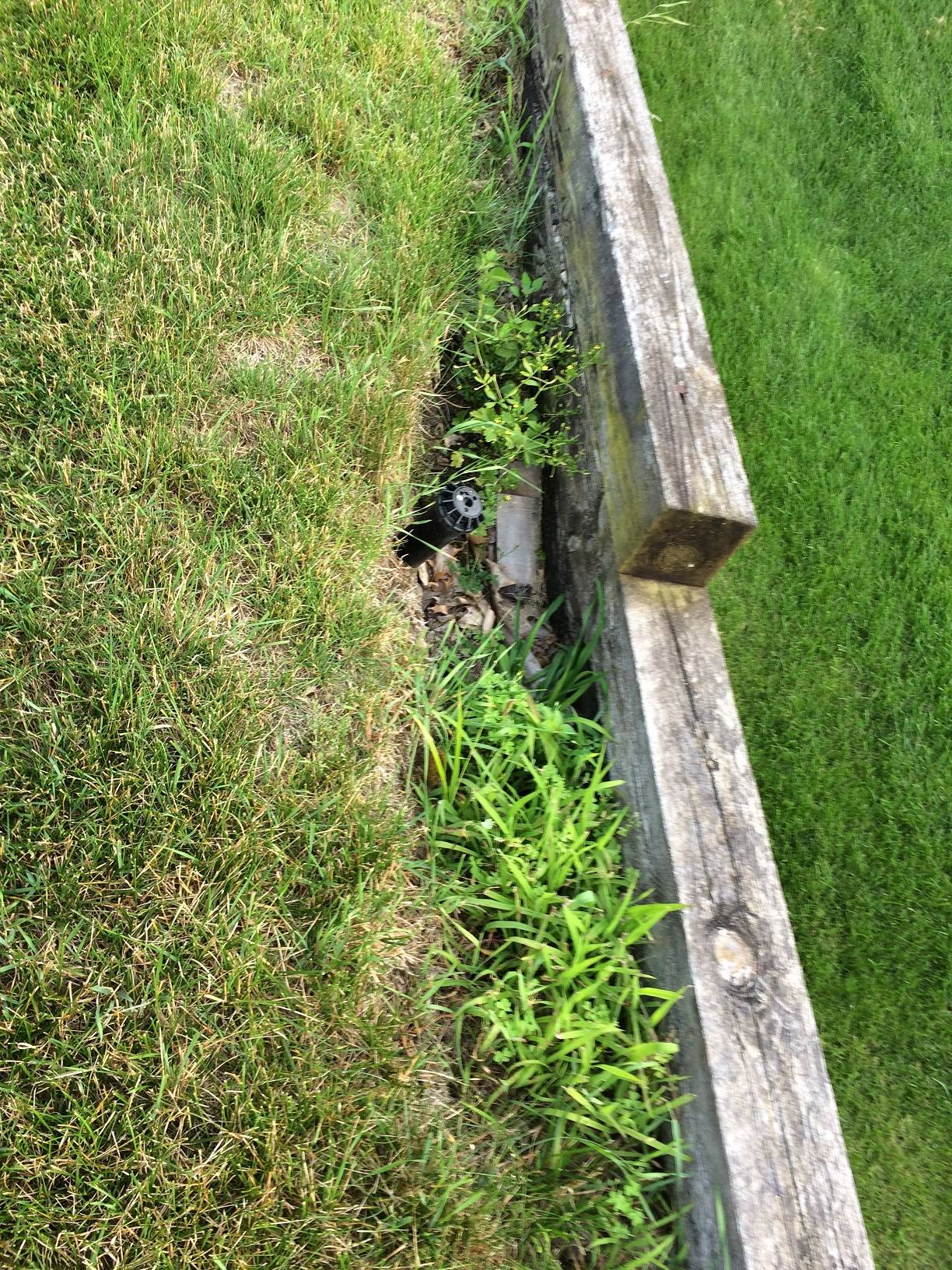 It's quite hard to tell how big this wall is but you stated it's 3-4' tall.

It looks like it was built simply as a vertical wall. There's nothing you can do about it. It was inevitably going to tip over. So yes, you do have to dig it out.

Without those, your timber wall will always end up getting pushed over eventually.

Another option is to go with a block wall. Retainer block walls are typically staggered backwards as it goes up. You then line the back side with drainable material (river rock) and a drain tile to allow any water building up a route of escape. However you're pushing the limits of most consumer-size retaining wall blocks at 4'.

Yet another option is to build two, 2' walls stepped back (one 2' wall on the bottom, then a second 2' wall several feet behind and above the first one). This is likely the best solution for long term retaining of the land. Plus it may offer some landscaping options (allow you to plant the strip in between with decorative plantings).

Classic example of a simple retaining wall built vertically - they ALWAYS fall over (except in the case of a LOT of permanent structure behind the face of the wall, making it more like one face of a box you can't see three sides of.)

You'll have to dig.

When you replace it, replace it with a wall that slopes, at least slightly, into the hill (ie, if it's 4 feet tall, the top should be 2.5-4 inches further left than the bottom, in this picture.) If you want to improve it further, also cut in 3-4 foot long timbers (if resusing the timbers or rebuilding it in timber) going into the dirt at the two foot level, every 6-8 feet. The goal is to make it VERY hard for the wall to be overturned. Sloping it puts the weight of the wall to work for you, rather than leaving it balanced between "dirt that wants to move" and "thin air" - you unbalance the wall to press against the dirt. Cross timbers add to the difficulty of turning the wall over by requiring a good deal of the dirt to lift up and tip over. That effect can be enhanced even more by fastening a buried timber parallel to the wall on top of the far ends of the cross timbers.

Not the answer you're looking for? Browse other questions tagged outdoor retaining-wall or ask your own question.