How do I prop-up or fix a wall that is slowly moving?

What are my options for fixing this problem?

One thing that I had thought of is getting one of those pull-up bars that you put between doorways for pull-ups (exercise) and expanding it between the two walls and pushing the walls apart again and leave it like that for a few months in the hope that they will re-settle as they were.

One of my friends suggested filing down the part of the latch that is rubbing but I don't want to do that because it's just delaying the problem as the blocks will probably continue to move. 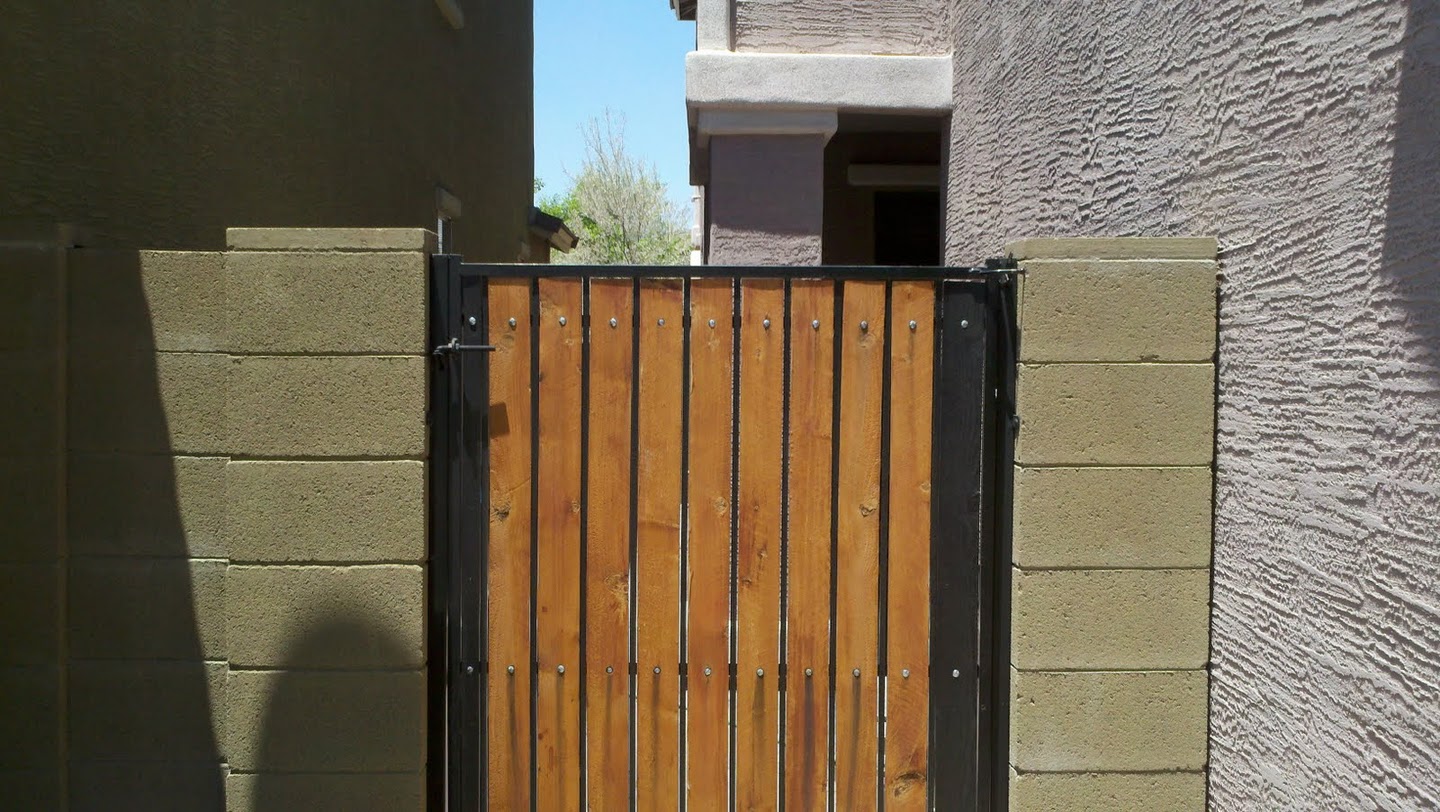 More than likely, the column of blocks has settled slightly causing your problem. I can't see from your picture, but has the gap between the top blocks and wall also opened slightly? If it has, then your blocks have shifted. Usually the weight of a large gate, such as you have, causes this problem on a fairly new install, especially since you only have a one block column.

My suggestion would be to add some "L" bracket supports or other mounting directly to the wall and column. Use your imagination and I'm sure you can find or make something that would look nice with the finish of the wall and blocks. Whatever you use, be sure to mount it to the block first, flush to the finished edge. Then screw or lag it into a good solid point of the wall (stud or plate) in order to use the mechanical advantage to pull the column, close the gap and restore the column to the original plumb-line, or at least stop any additional settling and tilting. Mounting the brackets to the same block the gate hinges are mounted to would help support the weight of the gate and not stress the mortar joints of the rest of the column. Be sure to consider sealing any devices you may have to install in the wall to prevent any water from entering. If you end up needing to use some ugly but strong utility type brackets, you could build a nice looking small valance box covering and stucco it to match. Lots of decorating alternatives.

The bottom line is to devise a way to attach the sides or top of the column firmly to the building and stop the settling from getting worse and making your nice gate inoperative.

Are the blocks moving, or is the house wall moving and thus pushing them? Where do you live? Is this a freeze-thaw issue? So, for example, does water get between the blocks and the house, freeze and thus expand? This will slowly move those blocks away from the wall over the course of a few years. If so, then they need to be pushed back. Of course, junk may be settling in the crack between the blocks and the wall, so that may need to be cleaned out to move the blocks.

If the wall is itself moving, then you need to know that. Homes settle, foundations do move, especially if they were not done adequately in the first place. Again, it is often freeze-thaw cycles that push this to happen, but it can surely happen for other reasons too.

Be very careful with trying to push the house walls apart. If they have moved, it is likely because the foundation under them has moved. Pushing hard at a single point between the walls is likely only to punch a hole in the house wall, leaving you with a far worse problem to fix, at least damaging the stucco on the wall.

The column of blocks has most likely cracked away from the concrete footing. The solution is to knock the top cap off of the column and fill the column with concrete. Brace the column square and vertically. Then mix concrete to a pourable mix (but not too watery or it will not set right) then fill. Allow the column to fully set before removing the braces and... the column will remain solid! It's just that simple! Oh!... put the column cap back on with a little bit of morter and adjust the gate.

You could try removing the cap and bolt the column of blocks to the house, at an angle obviously with an adequately long lag screw. Also, run adhesive along and into the separation on both sides. I'm having the opposite problem myself. On the hinge side, the entire column has separated from the row of blocks.

Not the answer you're looking for? Browse other questions tagged walls gates gate-post or ask your own question.