Attaching a heavy item to a 'powdery' external wall

I have a house in the UK built circa 1870. The external walls are London brick in Flemish bond I think, and are in a single layer (no cavity wall construction). At some point many tens of years ago, a larder was built alongside the house (so the previously external wall of the house forms the inside wall of the larder). Behind this wall is a fireplace and chimneys. Now it is an internal wall, it has about half an inch of plaster on it, which appears to be directly affixed in some way (as opposed to using plaster board - I think that's 'dry wall' in the US).

(I've simplified this slightly so you get the picture. It may be that the larder (in a slightly different form) was original. However, the wall is certainly load-bearing - it supports the external wall to all the floors above - and where internally you get to the larder there a huge internal lintel or joist.)

My strategy was simply to drill into the wall using a masonry bit and hammer drill, and mount the 'coat thing' flush against the wall with screws and wall plugs / rawl plugs. I used a 6.5mm drill bit, and screws about 3.5 inches long (so about 2.75 inches was in the wall when done). A brief amount of investigation showed the wall was powdery, even an inch or more, by which I mean that even going into the brick, rather than drilling a clean hole as one would normally expect, the brick appeared friable. I'd used the longest screws I felt prudent (what I don't want to do is go through the back of the chimney lining), though I may have been over conservative.

It sort of worked, but the coats are heavy, and every year it came out the wall another few millimeters, and finally fell off a few days ago. I now have the task of remounting it.

What's the best way to do this? Would longer screws actually help? What's the best way of working out the usable thickness of the wall? Why is the brick so friable in the first place? Is this likely to be result of the chimney behind? 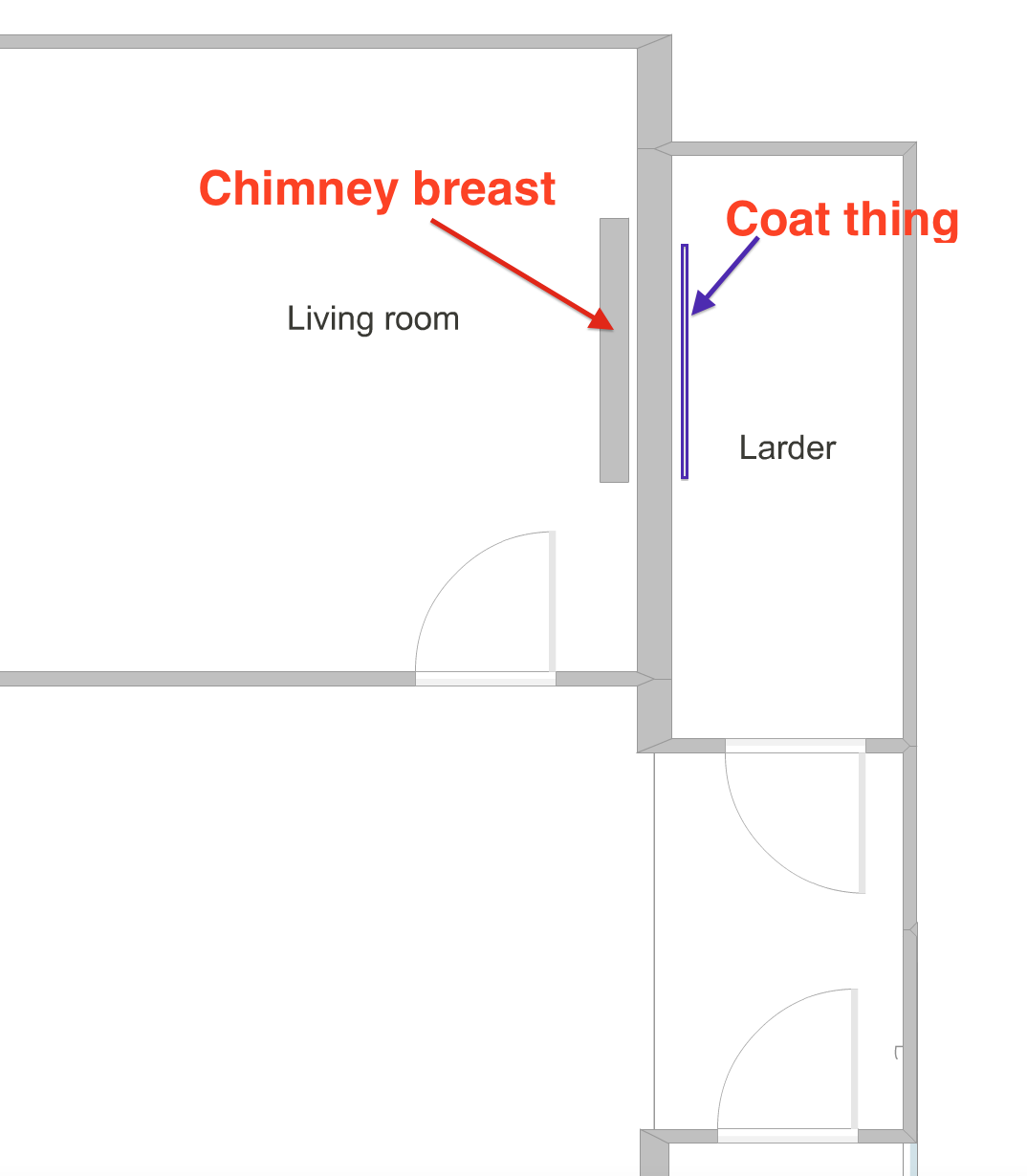 Whilst drilling I think the problem might have been that I'd gone between two brick courses, but this was probably compounded by the fact the plaster was thicker than I thought (it might have been 60-70mm before it hit the brick by the noise of the drill), so the ridiculously long far too heavy duty screws probably did the trick.

Each of the screws is apparently rated to hold 90kg, though I doubt either the wall or the coat-hook thing itself would be anywhere near that.

One trick is to undersize the holes required for the rawl plugs you use. E.g. if a 6mm bit is specified for the plugs, use a 4mm bit to drill the hole.

I've used this trick to work with older/crumbly plaster walls many times (both on brick and with wood lathe).

Note this is really just a workaround - RedGrittyBrick has the answer for a permanent fix to what could be the root cause of the powdery nature of your walls.

Not the answer you're looking for? Browse other questions tagged brick mounting chimney uk old-house or ask your own question.

5
Need help mounting a TV to the wall
1
How feasible is a brick veneer fake wall?
0
Can this 35lb mirror mount on this wall?
1
Should I seal a brick chimney breast on party wall
2
Anchoring shelves on hollow wall backed by brick
-1
How can I hang a shelf off of existing screws in brick wall?
0
How to repair this plastered wall with brickwork in bad condition?
2
What kind of wall material produces orange dust, and how should I work with it?
-1
How can I mount something heavy on a wall that's too hard to drill more than 1/2 inch