How to insulate existing roof space

I have an old (1950's), victorian esque, 2-story, uninsulated, lath and plaster house that I would like to add some insulation in order to at least curb the hot/cold of the Inland Empire here in California. 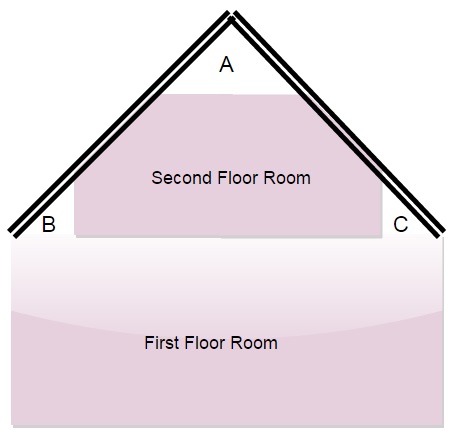 The problem comes with insulating the portion between B-A and C-A. How can I get a decent R value on that portion at a decent DIY price? I was thinking rigid-foam and placing a 2" first then sliding a 1.5" under it (which would press it into the nails rather than sliding a 3.5" up and scraping the nails). That would only give me about R-15.

Is there a better way to insulate such a small place with a higher R value? Also, what should I do for the vertical walls? The outside walls are just 3"-wide wood runners nailed to the frame. If I remove one of them, I am looking into the wall cavity. No house wrap or water barriers.

Browse other questions tagged insulation renovation or ask your own question.