How to anchor zipline to house

I want to add a zipline to my backyard. I'd like to anchor one end to the house itself. The other end will probably anchor to a tree in the back end of the yard. There is a lot of information for how to anchor with trees as both endpoints, but I'm not finding anything for if I want to set a safe anchor on the house. I haven't moved in yet, so I can't get too specific with what kind of material we'll be working with, but here's a view of the back of the house: 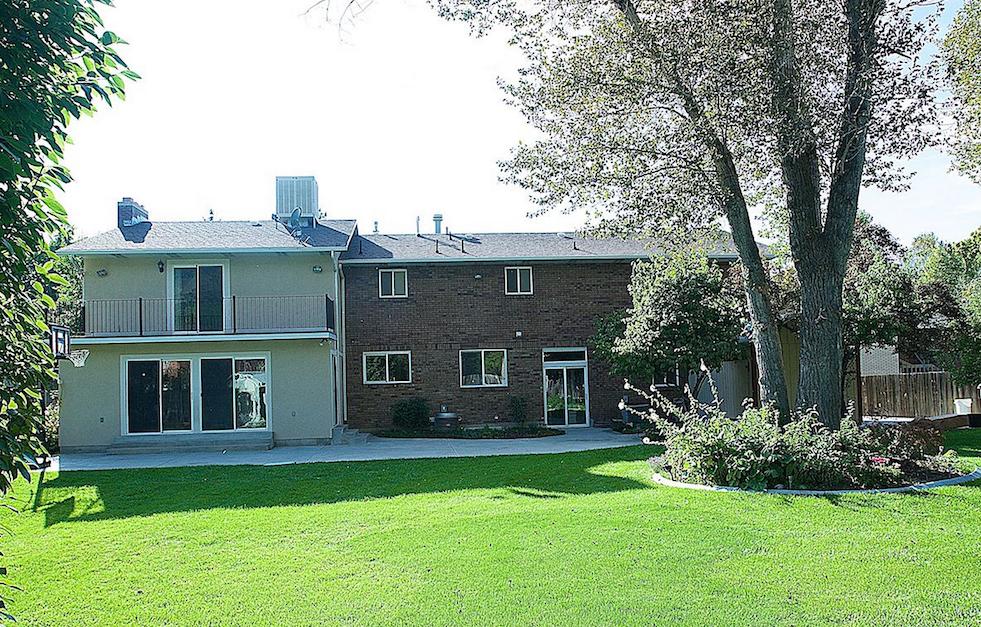 Ideally, the anchor would be accessible from the deck you see on the left side of the photo (where there is stucco).

The bottom line is that the framing in the corners of your house really isn't meant for a dynamic (e.g. bouncing and jerking) lateral load like what you're talking about. It isn't even meant for a static lateral load. It's meant to hold stuff up, vertically. Once it starts leaning, the game's up.

If you're really dedicated to doing this, I would look into sinking some kind of post in that corner and supporting it appropriately. To know what "appropriately" looks like, you really should talk to an engineer. I can think of a few crazy schemes, including guy lines (metal cable) running through the attic and secured at multiple points where there are headers, with the addition of some kind of metal plate to distribute the load, then down to be staked into the ground. But the only way to know if the loads would be supported would be to do the math. The math is going to involve some trigonometry and maybe some calculus. That's what engineers are for. ;-)

You will not have anything like 4x4's at the corner of the house.

You'll have regular 2x4 studs (or 2x6's depending on what the exterior walls were framed with), with typically one extra stud positioned so that it gives you a lip to screw the drywall to on the inside. The corners typically aren't built up heavy. Keeping the wall from deforming into a rhombus is the job of the shear wall design.

The extra stud might provide a tiny bit of extra lateral stiffness in the corners, but not anything significant. Even if you have three or four king studs teamed up at the end of the wall, it isn't really going to create extra lateral stiffness. It's still the shear wall design that keeps the walls square when the wind blows. I've heard framers joke that it's the sheetrock that holds your house up. It's actually the plywood or oxboard on the outside that stiffens the wall, although the sheetrock actually does stiffen it up a bit, too.

Here are a couple of pictures of what your corners look like on the inside, and a picture of a shear wall undergoing load testing with a hydraulic ram simulating earthquake and/or wind loads. 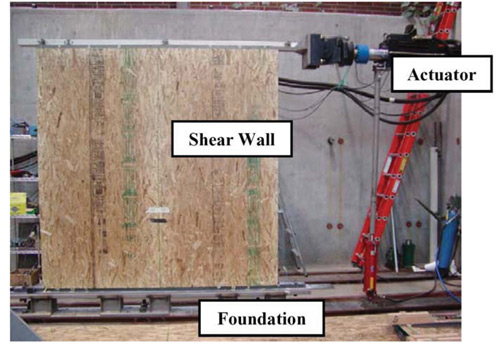 3
How to remove a brass concrete anchor?
1
Did I install my sleeve anchor correctly?
0
What type of anchor should I use for ceiling hook for ceiling fan?
2
Nylon “expansion” anchor in drywall
0
How to remove plastic anchor from brick?
0
Help! Drywall anchor doesn't go through metal
0
concrete ceiling anchor: how much weight can it support?
0
Double expansion concrete anchor
0
Anchor won’t penetrate wall?
3
How deep to place a deadman anchor for a slackline?