I have a bathroom faucet (image below) which I think is a widespread 12" (closer to 12 1/4"?) offset, if I am using the terminology correctly.

This faucet leaks profusely around the base of the hot/cold valves when it is used. I want to replace it with something I can get at one of the home repair box stores.

It is not clear to me whether I need to purchase a widespread faucet which has an offset of at least 12" … which frankly I rarely see offered for sale … or whether a widespread 8" offset faucet would also work. What should I be looking for? 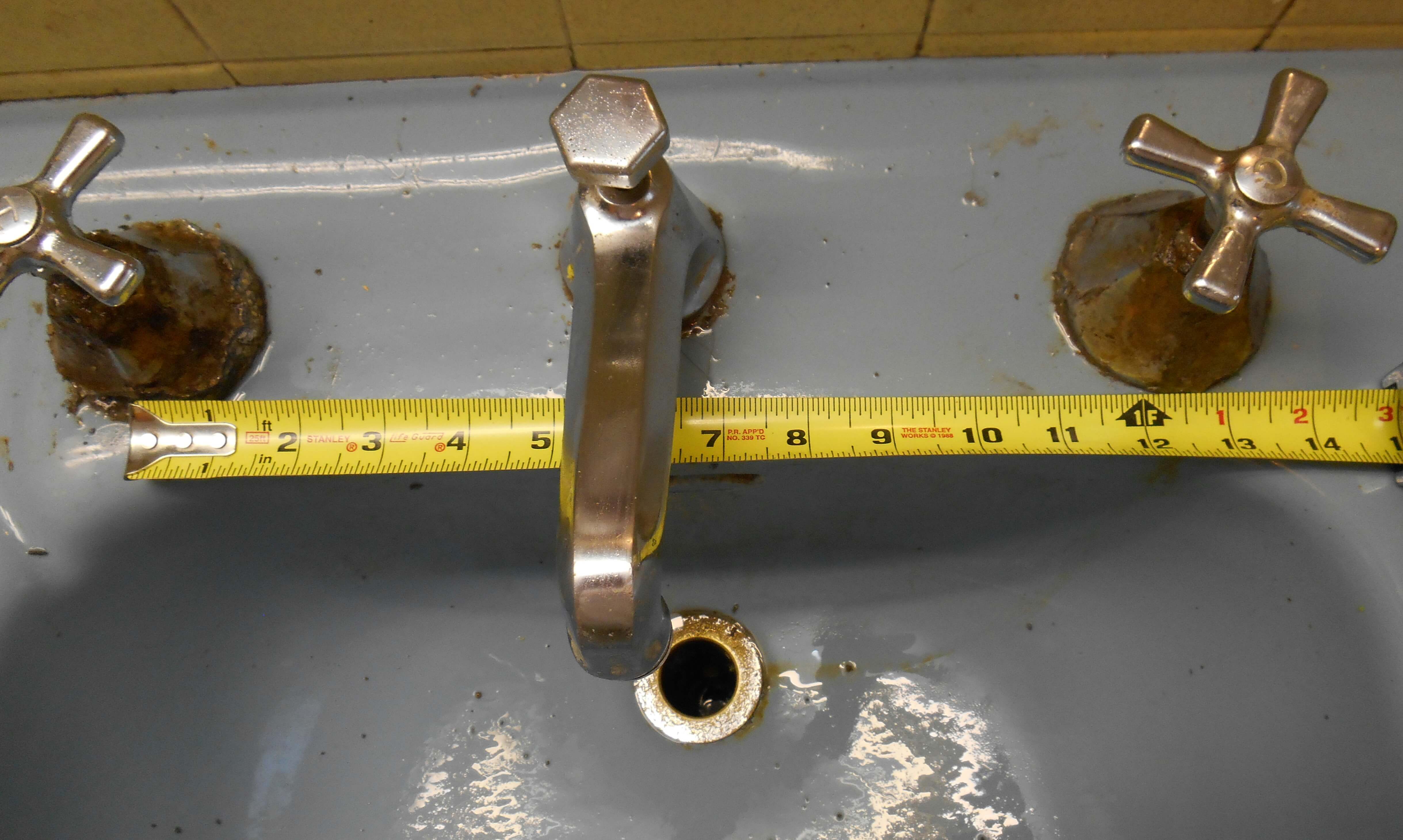 Note: I realize it may be possible to just repair the existing faucet. But why bother? It's from either the 1970s or earlier, corroded in spots, and just generally not worth saving if I have any other reasonably priced alternative.

Just adding a bit more detail to expand on Aloysius Defenestrate's answer. It appears that the convention is to always (???) describe widespread facets as "8 inch". One needs to dig a tad deeper to discover the more detailed installation truth.

Earlier today I looked at 5 different nominally 8" widespread faucets from 3 different manufacturers on the Home Depot website, I found that in the more detailed specification, all of them could apparently be installed in a wider range of offsets. More specifically …

To find this information I had to open a Specification PDF document provided on the item's detailed description page on the web site. Something I probably should have obviously realized to do on my own. But thanks for the needed push in the right direction.

I know this isn't really supposed to be a "shop for you" kinda place, but the Moen Banbury 8 specs an 8-16" spread; the Delta Porter is 6-16". I'd suggest you tour your big box store and squint at the packaging to see what range you can cover.

Not the answer you're looking for? Browse other questions tagged bathroom faucet bathroom-fixtures or ask your own question.