Is this mold growing on my shower ceiling? 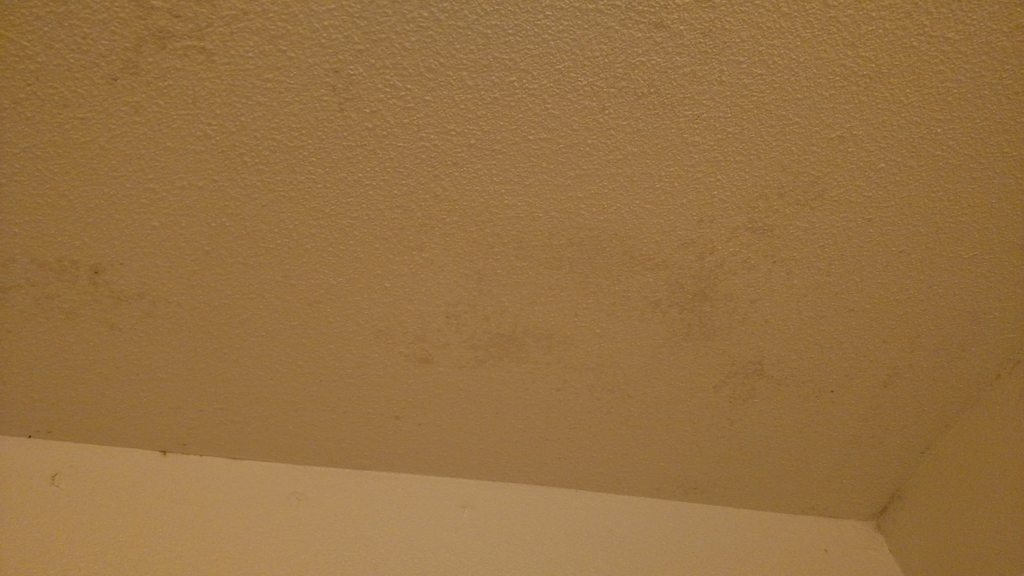 Is this dark stuff above my shower mold? If so, how should I go about removing it? I live in an apartment, so I doubt I could go on with scraping it off and the like without upsetting maintenance, not to mention upsetting the people living above me with the noise of scraping the ceiling.

I doubt that scraping paint of the celling would upset anyone, unless someone has hearing devices on your celling :) I suggest that you scrap it off, clean the surface with bleach or something like that and then repaint it. But the real question is what is causing this mold? My first guess is that you are not ventilating, or not ventilating bathroom enough and this is causing humidity, leading to mold. If paint on the wall is washable, maybe you can go without scraping, just with bleaching and venting.

Yes, this is mould. its from the high humidity in the shower area.

If you have a window, I would leave it open after showers, or better yet, install an extractor fan.

You can remove the mould by getting some 20% Hydrogen Peroxide and diluting it into a spray bottle... just spray on mould and it should go away.

I would add about 10% hydrogen peroxide to your spray bottle. you should see bubbles forming on the mould. The nice thing about H2O2 is that it basically reacts into water and Oxygen, it kills the mould by excess oxygen. so you dont have to worry about unsafe chemicals in your shower.. the only risk is if you used too strong of a mix (more than 30%) H202 of the solution.

Not the answer you're looking for? Browse other questions tagged bathroom ceiling mold or ask your own question.

5
How to permanently remedy a patch of mold on a ceiling from a water leak above?
1
How do I know whether or not I've killed the mold?
0
How to fight with mold on wall and ceiling connection on last floor
0
How to remove mold from Styrofoam ceiling tiles?
3
Drop Ceiling Carrying Current?
1
What is this black stuff that appeared on my drain after cleaning with a bleach-based cleaner and how do I clean it?
0
Drywall falling from ceiling
2
Is this mold in my apartment?
0
Mold concern after pipe leaked in ceiling
2
Can I remove this mold by myself?