I have a 12V low-voltage track lighting fixture in my kitchen. One of the rails isn't working. If I move the bulb fixtures from the bad rail to the other rails, they light up

A few days ago, one of the bulbs on the (now broken) track burnt out. The other bulbs on the track continued working. I bought another 12V bulb, it was a different sized connector, but it fit into the fixture so I tried it out anyway just to see if it would work (it didn't). I didn't notice if the other two bulbs on the rail stopped working at that point, or it if it was later.

Is it possible for a rail to burn out? I don't know much about track lighting, but I assume these rails are just conductors.

Is it possible that I shorted something to the transformer by putting in the wrong bulb?

Why would just one track stop working? 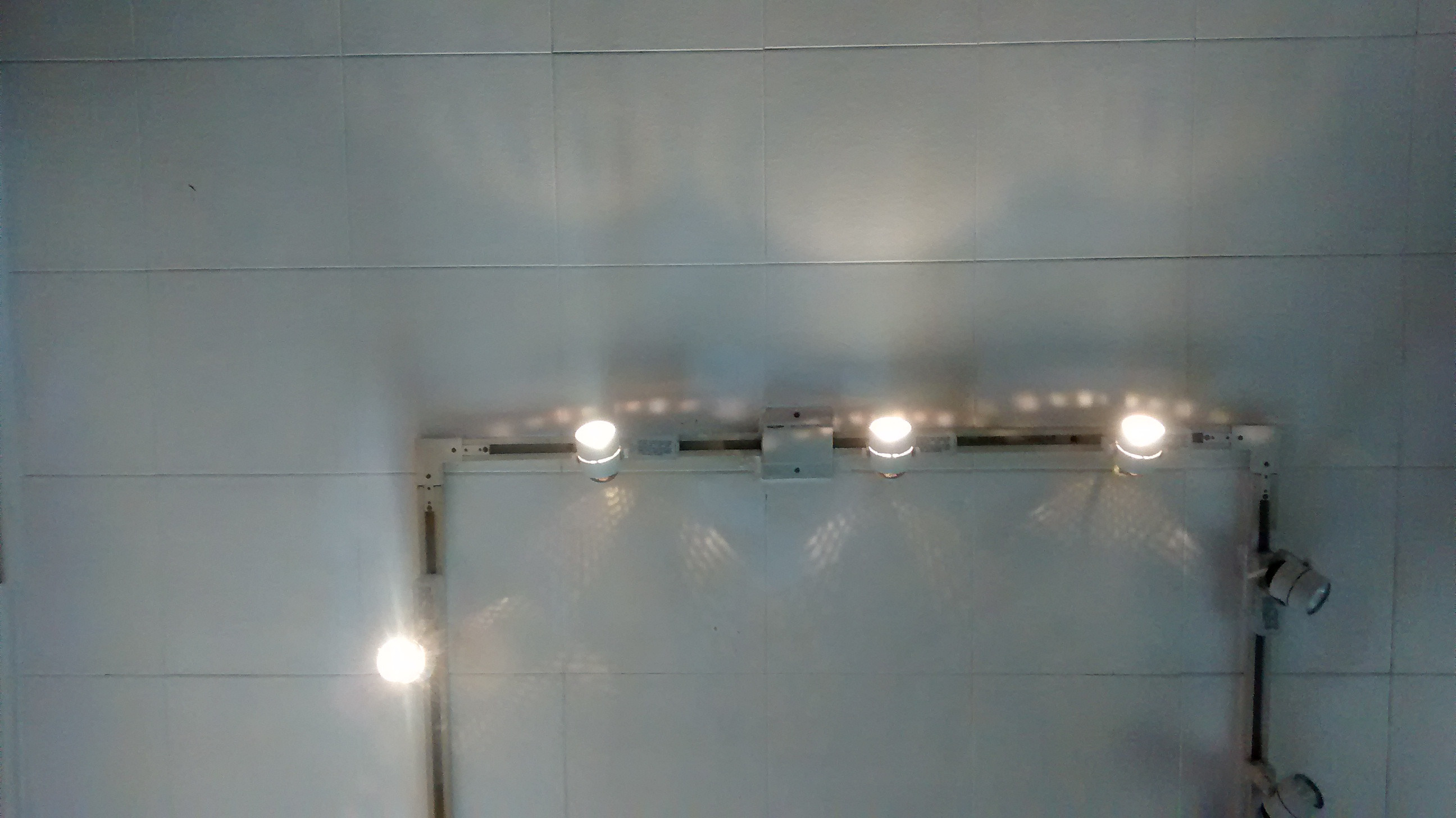 Upon further inspection, I discovered that the light sockets themselves contain the transformers (inside the white box), the rail is just a 120V conductor.

Some of the lights will come back on if I put them on a different rail and knock on them with my hand. I have yet to take a volt meter to the bad rail to confirm that it's the problem. 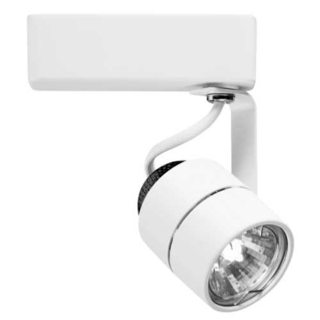 You probably have 4 rails there, just two happen to be in-line, on either side of the power input (gray block in center.)

Your problem is likely at the right side (in the picture) corner connector. Given that the power supply appears to be shared, the power supply would seem to be fine given the working lights - but the conductors are not conducting around the corner. Exactly why is hard to determine remotely, but that's where to look.

1
Why doesn't my replacement lighting work after my old fixture died?
1
Track Lighting LED bulbs flickering
2
How to fix my LED track lighting that is flickering?
0
OK to run wire beneath / along track lighting?
1
Landscape lighting system only puts out one volt
3
Low voltage track lighting flashing at low frequency
3
Light Fixture Stopped Working After Replacing Its Three-Way Switch
0
Certain light bulbs not working in fixture
2
LED bulb on outdoor light fixture blinking
1
Why is my Replacement LED lights not working in on one room but are in another