Are power outlets in a home out of phase with each other?

Sort of. It depends on your frame of reference.

The two sine waves should look something like this. 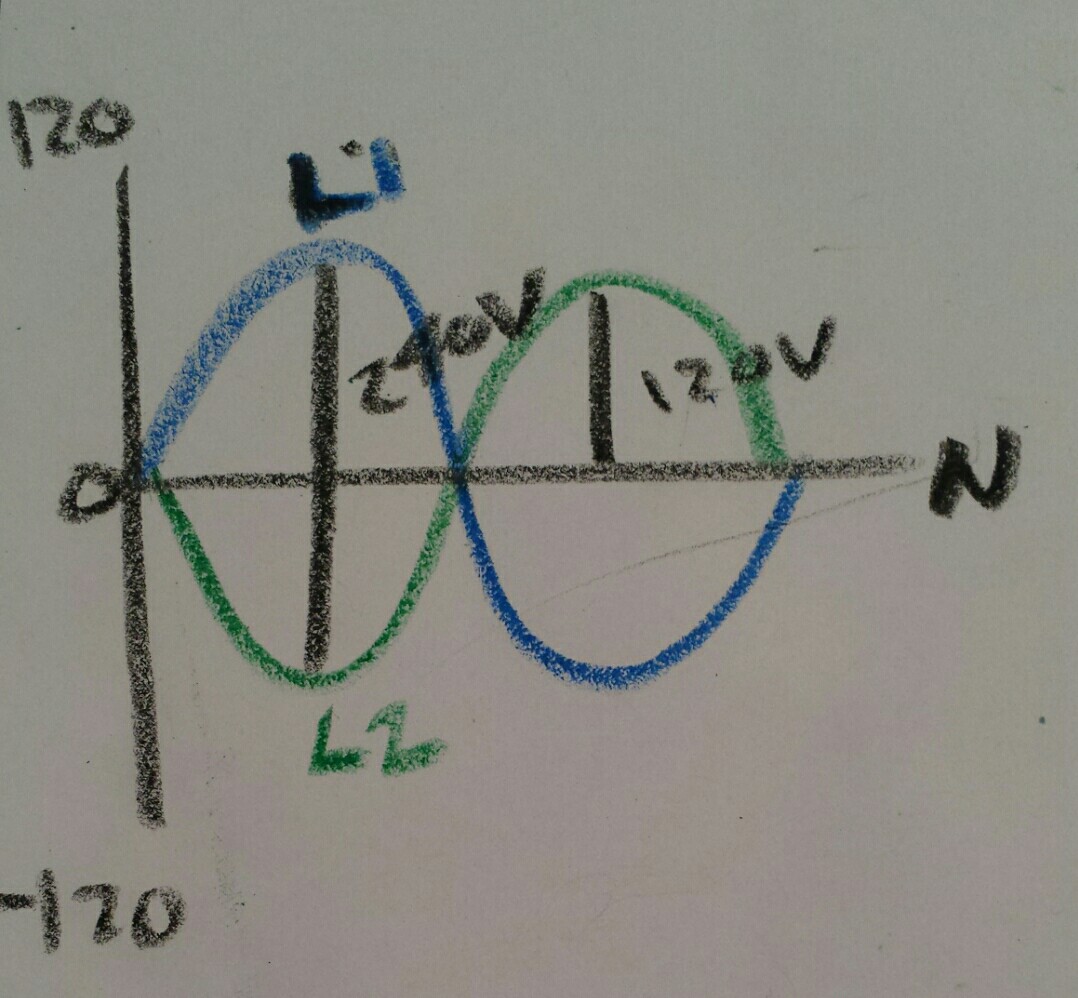 If the waves were not phase shifted, they'd be at the same potential (or have 0 volts between them). 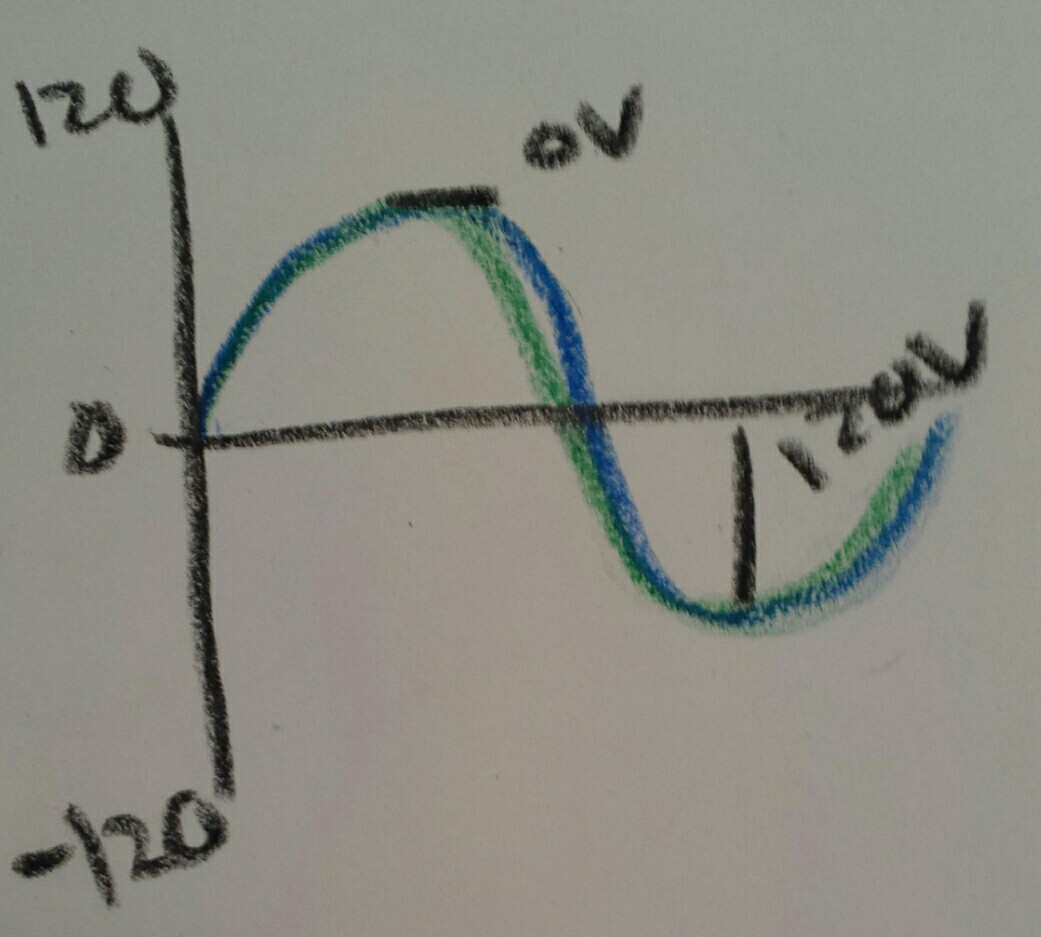 So while this is not a multi phase system, it's also not a simple single phase system. Technically it's known as a "Single split phase system".

All of this; of course, assumes that the ungrounded (hot) conductors are from different legs of the service.

This is mainly a semantic question.

From an electrician's point of view, US household supply is a single 240V that can be split into two center-tapped hot legs.

From a mathematical or E&M point of view, the different legs have voltages that are 180º out of phase, and therefore I think it would be safe to call them two phases once they're separated.

(Left to the reader as an excercise: if you take a brick and cut it in half, do you have one brick or two bricks?)

In a typical residential North American 120VAC, the answer is NO

The reason is your house only receives one phase, and thus that one phase cannot be out-of-phase with itself. Changing your frame of reference (by measuring voltage from the N rather than across L1 and L2) does suddenly not make them out of phase.

...however that fact alone is not enough for it to be considered a separate phase of power.

If you truly had two phases, then the voltage difference between them would vary and occasionally be 0.

Edit: Here is a recent diagram I made to help illustrate the concept. 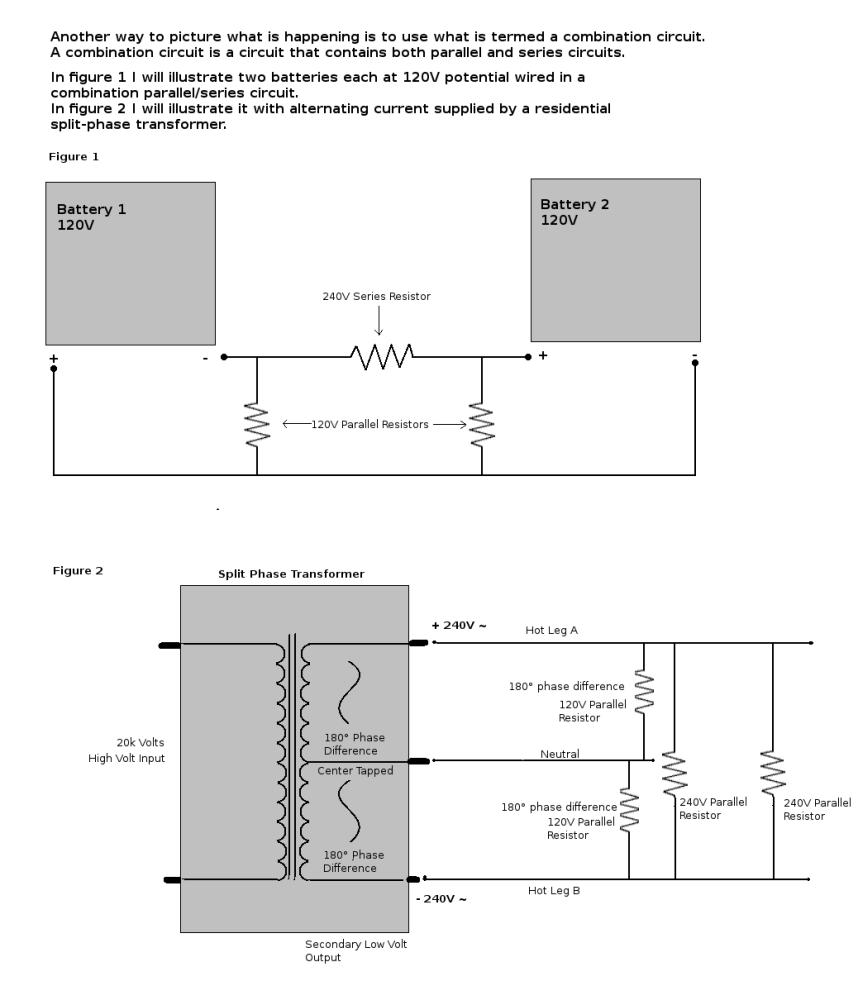 Not the answer you're looking for? Browse other questions tagged electrical wiring electrical-panel electrical-distribution or ask your own question.

10
Why would replacing this 240 V outlet with a 120 V outlet trip my breaker?
2
In Australia is it not possible to install a US Water heater?

21
What types of electrical outlets are found in a typical home in the USA?
1
Chinese Breaker Box (240v split-phase?) Lacks Neutral Wires and Grounding Bus
1
Need Help With Strange Multi-Phase Plug
2
Figuring out electrical connections for THREE electric baseboard heaters with single pole thermostats
0
Can I electrically isolate appliances by putting them on separate legs of a split phase supply?
39
Why is my voltage dropping with load and why is current flowing on my ground wire?
2
Why would I have i lost one leg on 240 after maintenance guy changed 100 amp disconnect at the meter
3
Should a 240 V dryer circuit show a current differential between legs?
9
Are there safety concerns or code violations with my garage sub-panel?
2
Why does my Uninterruptible Power Supply produce lower watts on backup battery than line power for my pellet stove?