What is this strange, linear light bulb?

Thanks to previous occupants of my house, one of the bathrooms is lit with a pair of lights that are unlike anything I've seen. The bulb is a narrow cylinder, about 3 inches long and maybe 1/4 inch in diameter, with contacts on either end. The middle is filled with some dark material, and there is a tiny, clear protuberance in the center. It is marked "PHILIPS CHINA," and "130V 2E 150." Below are pictures of it in place and out.

What is this fixture/bulb called?

Why would anyone install one instead of a normal fixture? 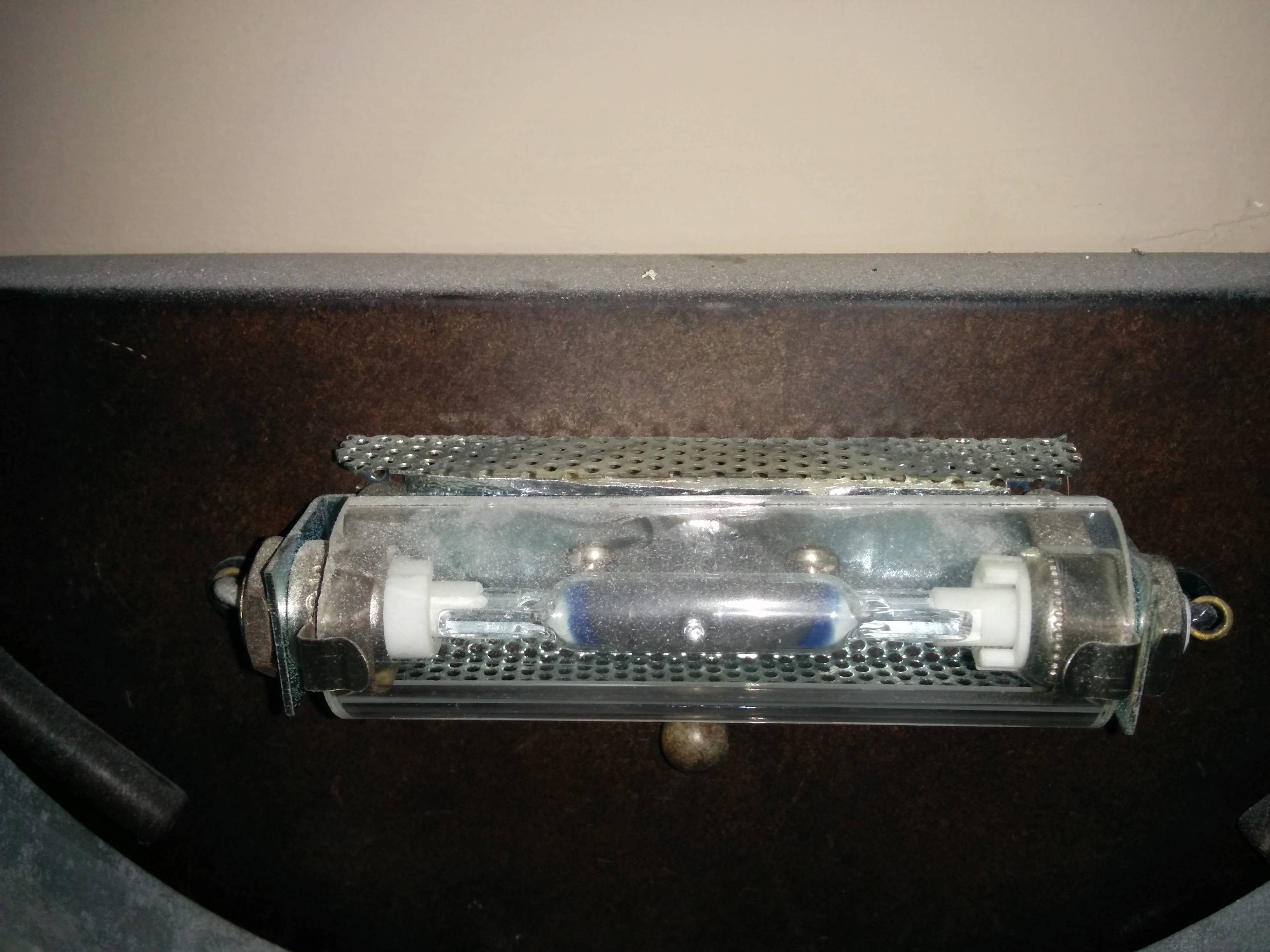 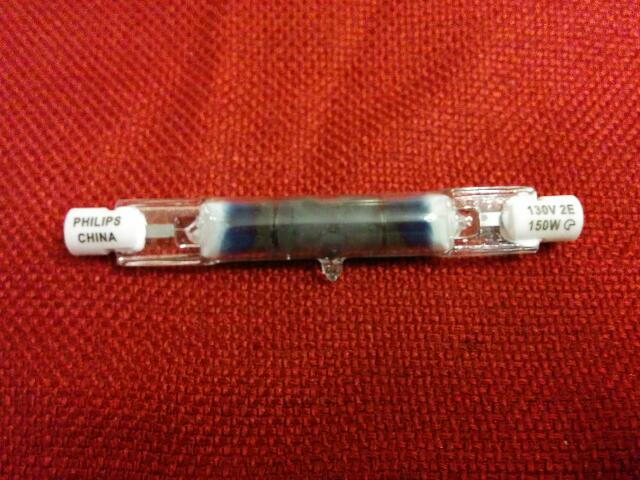 Specifically that is a 78mm T3 halogen lamp.

I have one in my bathroom as well and love it because:

There are LED versions available, but most would be too large a diameter to fit in that fixture by the looks of it.

The downside of them is that they get quite hot. The heat is actually essential to their long life. Be sure to check for a sticker on the fixture stating the max wattage and not go over that with a replacement bulb.

As to "why" - Halogens were trendy for a while. They are somewhat more efficient (energy in to light out) than traditional incandescent bulbs, and offered a whiter light- long before serious LED lighting was developed.

Longer bulb life is another factor (again, .vs. traditional incandescents) - work has one of those miserable fixtures that the Powers That Be deem "doesn't look good with LEDs" - I got it a full set of halogen bulbs (screw in style) which lasted the better part of a year before one died. 3 of the halogens still work - of the two that have died and been replaced with regular incandescent bulbs, at least one has been replaced twice (and is dead again) while the other 3 halogens keep working.

If you opt to replace the bulb (at least for now) be careful to handle the new bulb only with a paper towel or clean rag to keep skin oils off the surface - fingerprints can cause early failure of the bulb as it gets VERY hot in use - that's also a part of why the extra glass sheild is there (reducing UV emissions is another function.)

Early halogen torchiere fixtures caused some fires (due, IMHO, to idiot owners) when people would drape things over the fixtures - due to the envelope being close to filament (compared to a traditional bulb) the bulbs run quite hot, and fabric tossed over them would catch fire, or a fixture placed too near the ceiling would cause it to scorch. Later ones had ungainly wire guards. So don't use them as towel hangers....

That's a type of halogen lamp.

5
Can you help me find this bulb?