What is the best way to resolve an issue with misaligned floor joist hangers? Our flooring in the kitchen is starting to dip and sag and it is directly related to the fact that the floor joists are not level with our support beams. I believe that I will be able to jack the joists, bringing them flush with the top of the support beam and replace the joist hangers but I would like some confirmation that this will work. I would rather not rip up the entire floor if I do not need to. 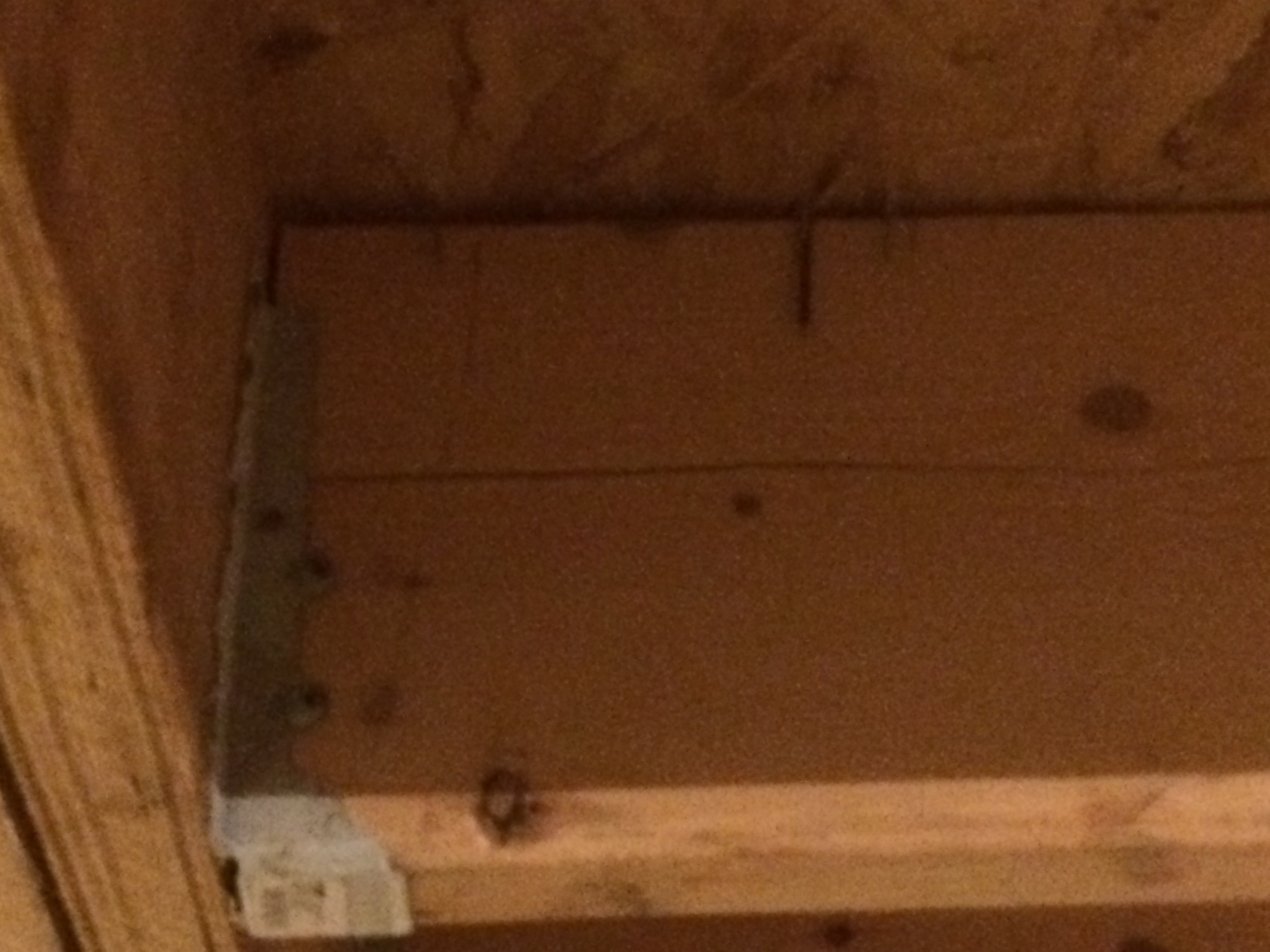 Rather than jacking up the joists it may be easier to sister some 2x6's onto the sides of the floor joists where the mismatches are noticed. These could be wedged into place and then fastened into place on the joist sides. The better way to secure the sistered members will be to apply construction adhesive to the mating faces of the lumber and then securely nail them together. After the adhesive has dried it will be stronger than the nails themselves and will distribute the load into the joist in a uniform manner.

Note that if you are aware of places where subfloor above has joints in wood pieces directly over the joist is would be a good idea to sister the extra member on both sides of the joist.

If all the joists are accessible as the picture suggests, I would release the hanger and reset the joist to the proper level as it was originally intended. When the house was first built it may have been flush then, but shrinkage occurred. I have seen 2X12s shrink 1/4" t0 3/8" in new home construction. This would be no exception.

Not to rag on anybody else's method, but to add 2X to the sides will not do anything all by itself to straighten the floor. I presume that is what the shims will do. That will take a gradual driving them in- maybe the sheathing is glued, maybe it is not. I have tried this before and put some serious whoop-de- dos in the floor, your kitchen floor may not take well to that. A lot of care on driving them in may help that if you decide to go that way.

A simple jacking of the joists would be better, IMHO, especially if you could raise more than one at a time.

There would be only one concern here, and that is if any nails withdrew out of the joist, which I am sure there is. Whether the nails would go back down flush when the joists were raised, which I am sure not all will. And what it would do to the finish floor in the kitchen because of it happening.

The finish floor type was not mentioned, but if it has underlayment over the subfloor, there will be no problem doing this. If the finish floor is tile, anything you do will pop and crack it

Not the answer you're looking for? Browse other questions tagged flooring subfloor joists or ask your own question.

1
How far apart should timber joists be for an MDF floor?
2
Should I reinforce joist connection at the beam where no hangers were used?
16
Contractor cut joist hangers to make them fit
1
Plane floor joists, sand subfloor, or sand underlayment to handle hump in floor for cork plank flooring?
1
Joist pulling away from center beam