Can I put the junction box for an exterior wall fixture inside my garage?

I have an exterior, wall-mounted light fixture that I want to attach to my new garage. It looks like this: 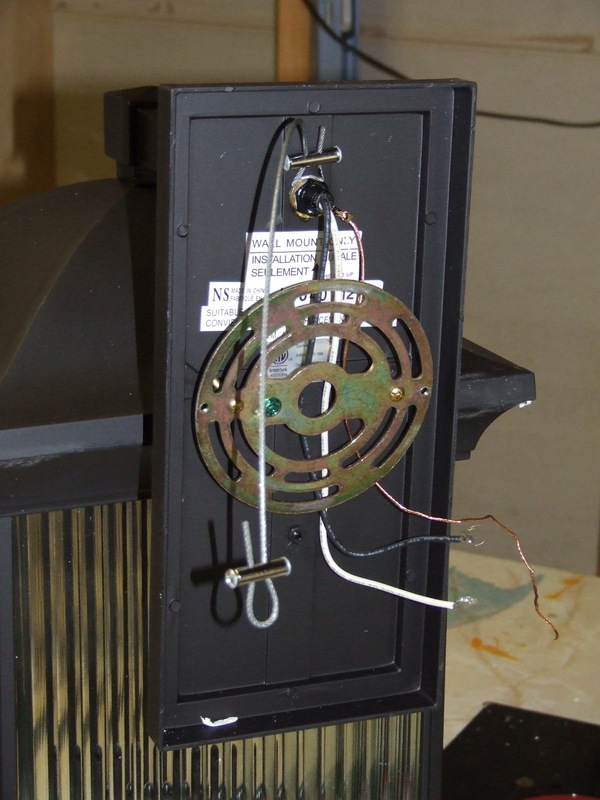 Here's a PVC board the contractor left to mount it. There appears to be OSB sheathing board behind the PVC, then the house-wrap, then the OSB sheathing that's nailed to the garage studs. The whole thing is about 2 inches deep. There is no hollow in it. I know this because I drilled a hole through the center of it. You can see the hole in the picture. 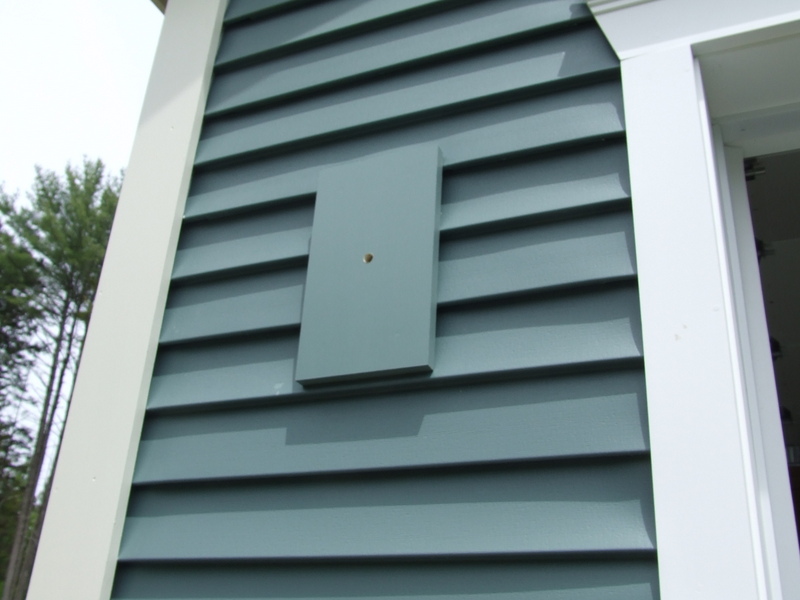 This is what it looks like on the inside of the garage. In the center of the photo, you can see the same hole. 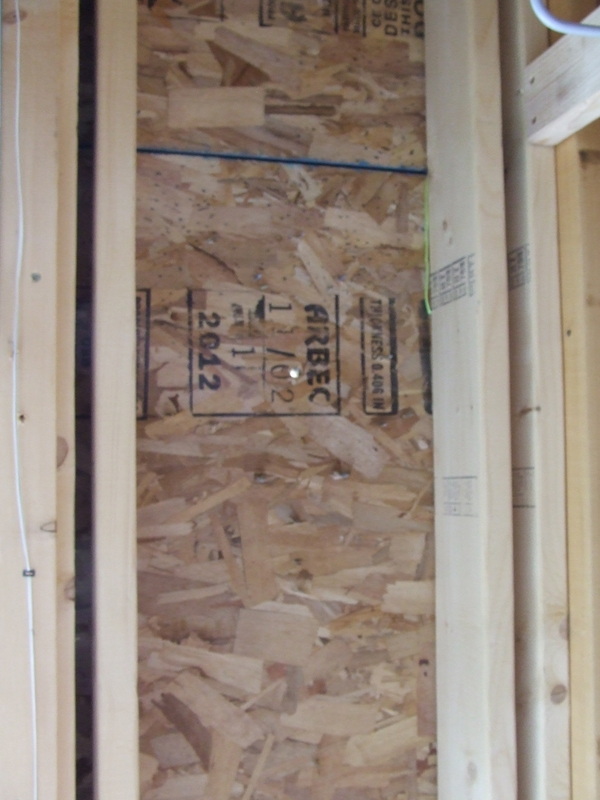 What I want to do instead is just to mount a junction box inside the garage, and pull the wires from the fixture through the hole in the wall. My connections would all be inside the garage and I'd avoid a big hole.

Is this allowed? If there is a problem with pulling those little unshielded wires through an exterior wall, could I get around it by inserting a 2" length of PVC or metal conduit through the wall?

Strictly speaking, that round metal mounting bracket on the back of the fixture is supposed to be secured to an electrical box.

It can be a shallow box, but it's supposed to be a box. You must protect the wires. You want that new garage to still be there 10 years from now. 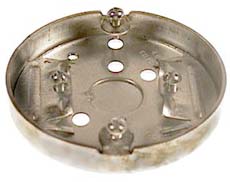 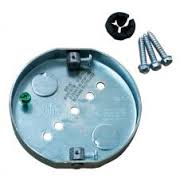 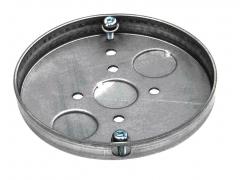 You could attach the box through to the OSB with screws, although personally, I'd lay a 2x4 flat side against the OSB inside the garage, toenail it into the studs on both sides, and screw the box directly through the OSB into that 2x4. So a stiff breeze or errant basketball doesn't knock your light fixture off the wall. :-)

Drill a hole through the OSB and the 2x4 big enough to feed the cable and to accommodate the clamp that holds the cable in the box. The cable has to be clamped into the box.

If it's a metal box, it has to be grounded (screwing the grounded mounting bracket to it will accomplish this).

You also have to secure the cable inside the garage as dictated by your local electrical code.

Finally, I'd use a dose of waterproof silicone or caulk around the box, and then again around the fixture itself after it's mounted, to make sure water doesn't seep inside.

Not the answer you're looking for? Browse other questions tagged electrical light-fixture junction-box or ask your own question.