Do separate pieces of EMT conduit qualify as "pull points"?

Question: Do two separate pieces of EMT conduit joined by a connector qualify as a "pull point"? 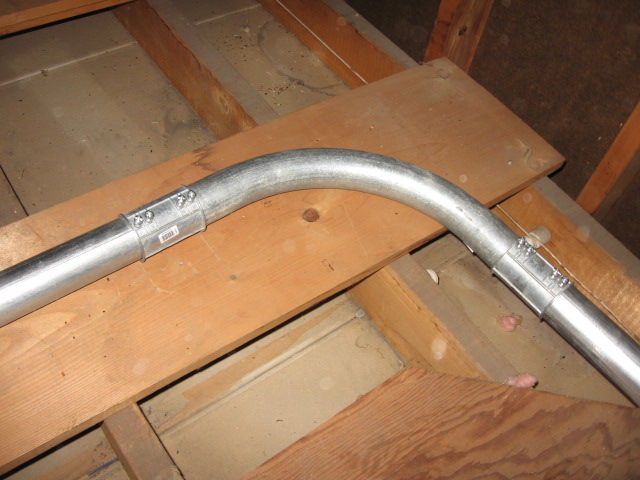 However, I cannot find anywhere that the NEC specifically defines a "pull point" other than the examples of "conduit bodies and boxes". It makes sense to me that "conduit bodies" means having two separate pieces of conduit joined with a connector (as per the connectors to the 90 degree bend in the above picture) because the conduit bodies can be separated to allow for pulling without over-stressing the wire, but I want to confirm if this is the correct interpretation.

Or, do I need a special elbow pull fitting like shown below (the picture shows smaller conduit), or are these fittings just for convenience if you later decide to pull more wire through the conduit? 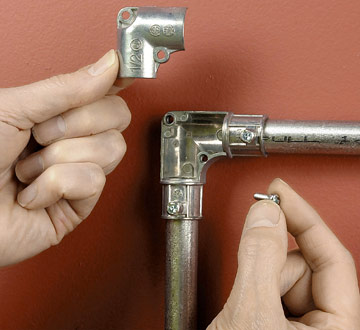 EDIT: Thanks to all for your answers. I somehow overlooked the definition of conduit body in the standard:

NO! Regular couplings, those in the first image, are NOT pull points. Pull points are conduit bodies or boxes, or even those silly little elbows in the second image.

My suggestion would be to install a conduit body at strategic locations. For your installation you really only need one. 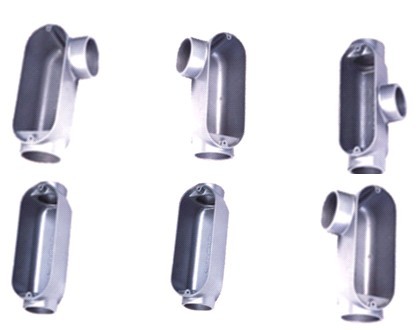 You're talking about linear conduit which is assembled and tightened. The Code you cite specifically talks about a removable cover. You must complete construction of the conduit system, including strapping it down to resist pulling forces, before you are allowed to load any wires into it. Obviously, once wires are in it, you are not to take it apart without first pulling the wires out.

We see it all the time where people pull the wires as they go, and find themselves solving simple problems by misusing conduit bodies to make sharp turns. They either position the body so the cover is inaccessible (lid up against the wall, later covered up with drywall etc.) Obviously that kind of plan does not work if you are obliged to pull the wires last.

In fact, you should buy the wires last. So many times we see novices learn more about their situation, and realize they are better off with a different wire than they selected. But it's too late! They already bought it. So don't - buy the wire for the complicated work after everything else is done.

Conduit is typically mounted and strapped so you cannot readily separate the joints shown in the first picture. Pull points would mean a way to pull the wire without separating the joints of the conduit themselves.

Do it right the first time and make it easy on you or anyone else who has to work on it later.

3
Does an Electrical Metallic Tube (EMT) Inside Corner Pull Elbow count towards the 360° total bends?

5
Do I need to derate wire ampacity for two or more sets of wires in the same raceway for subpanel wiring?
2
BASEMENT EMT CONDUIT + 12G THNN WIRES + NM-B
3
Transition PVC outdoor conduit to EMT
1
interpretation of conduit vs raceway wet location vs outdoor vs NM NM-B
3
Adding wires to EMT conduit to add circuits
6
How to attach to electrical subpanel?
0
Can I tape rather than glue buried PVC conduit to make pulling wires easier?
2
How to bond both ends of raceway containing grounding electrode conductors?
3
Best way to mount metal boxes on EMT run through 2x4 framing
1
Flexible Metal Conduit through drywall