Newbie to plumbing here so please excuse the question if it does not make sense!

This morning I removed a length of threaded plastic water pipe that was connected to an elbow at one end and to a "T" connector at the other. The reason was that the "T" end (coming directly from the roof tank) was leaking and I decided to remove the pipe to check for cracks etc, (fortunately none were found). I removed the pipe by sawing it right through the middle which made it easy to unscrew the two cut ends. The situation after removal was as per photo below: 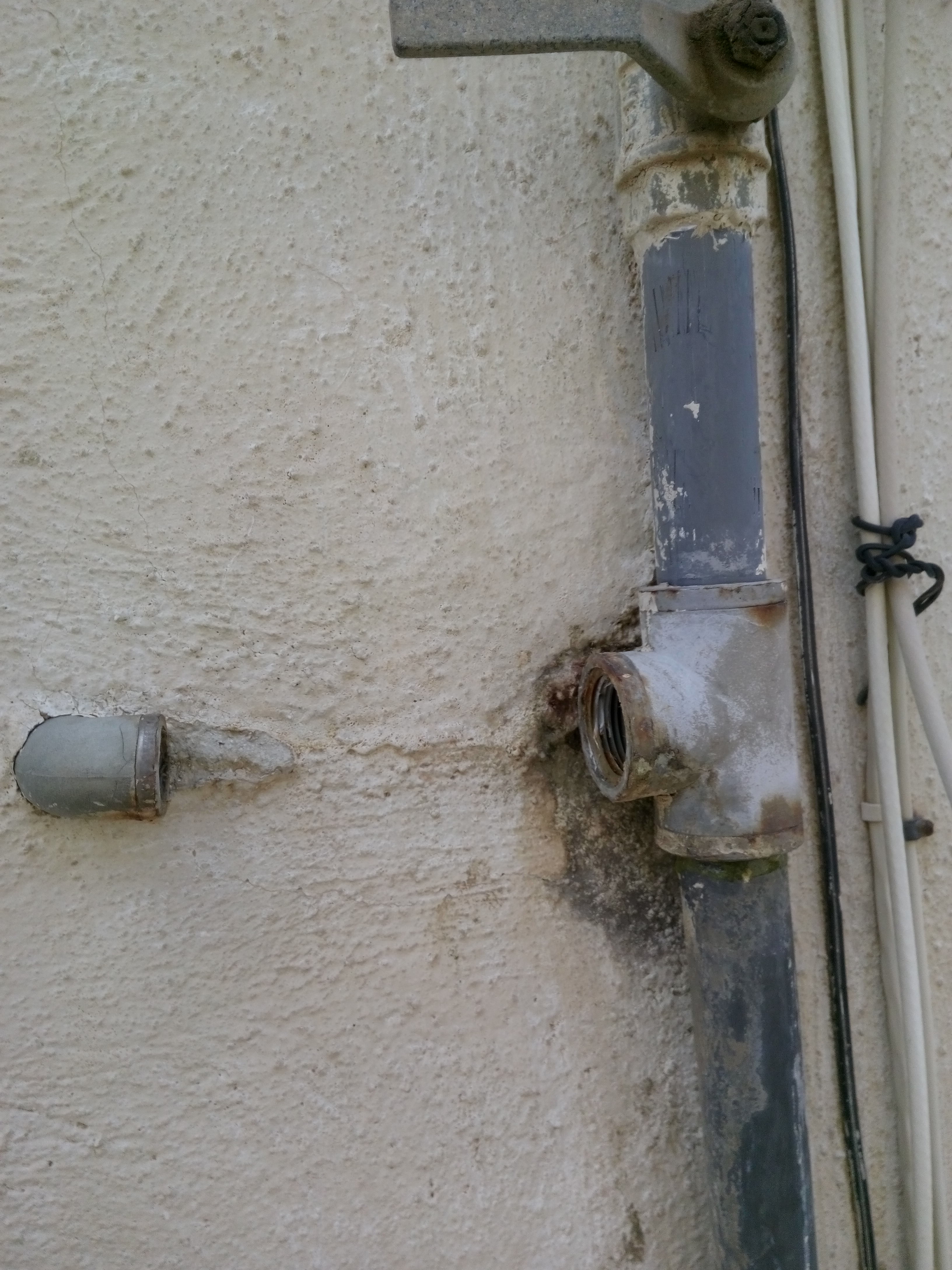 To be clear all fittings had been installed by the plumber about 20 years ago, however I imagine that at the time of installation he would have added a component at a time, and thus the problem I encountered would not have arisen.

The question (and my problem) is how do people replace such pipes given that the two "ends" are now fixed in place and cannot turn? Surely tightening the pipe at the "elbow" end would mean loosening it at the other "T" end? And if you try inserting half the thread at each end, then surely it is unlikely you would get a very tight seal at either?

For the work in hand I got around this problem by using "Acorn" fittings with adaptors (as shown below) - albeit it was a very tight squeeze - but I am dying to know how a plumber would have done it using the "old" threaded pipe. If anyone can explain it would be appreciated! 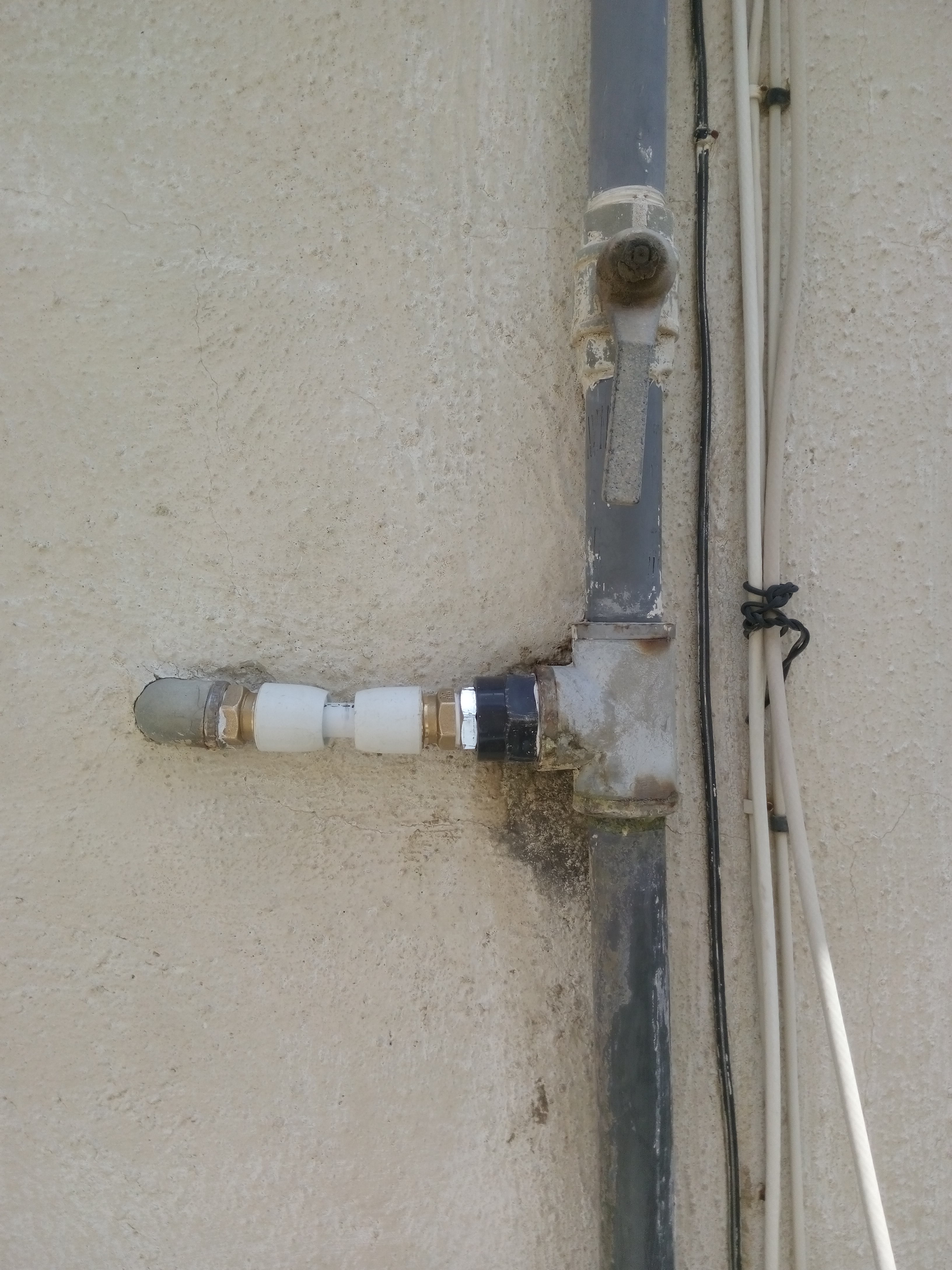 You use a fitting called a union. 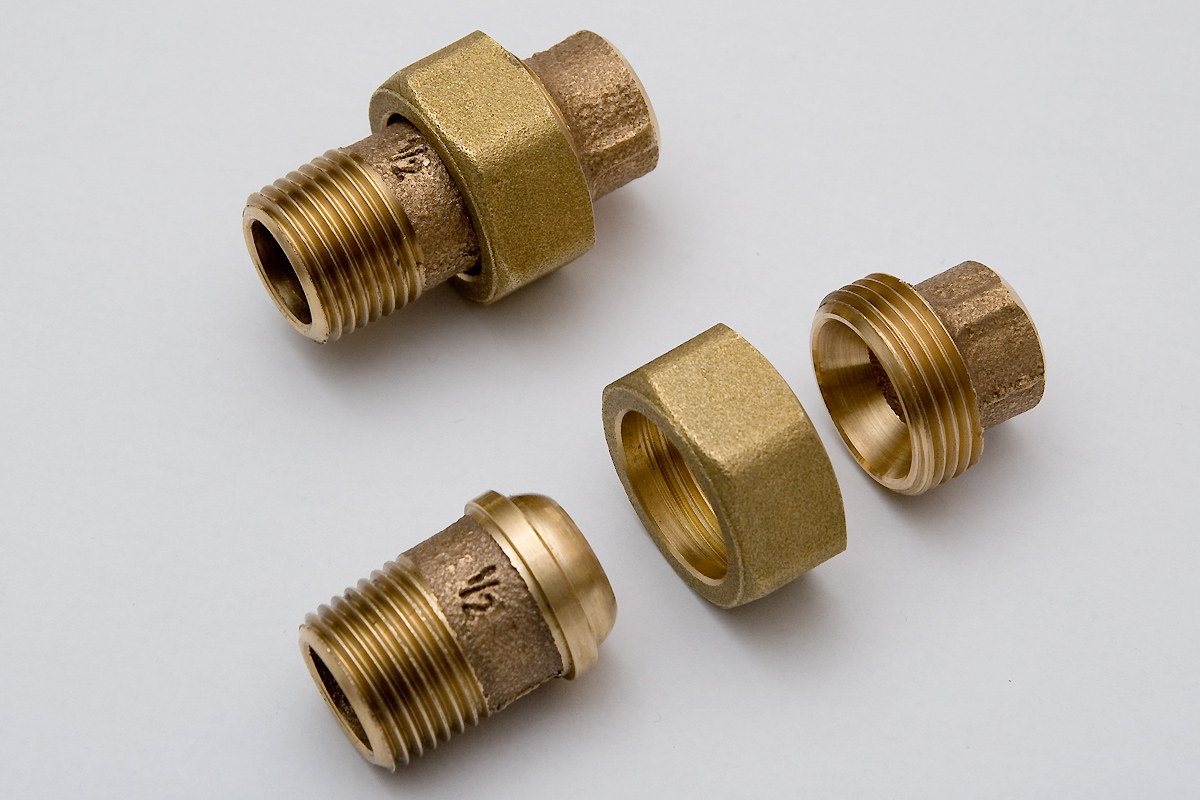 They are available in many sizes and materials.

If you are bent on using threaded fittings throughout, then your only option is to disassemble from one side. With gas this is really your only option. With water, most plumbers would probably use a union or a male to soldered adapter on both ends.

Push-in connectors like Shark Bites could also be used, but plumbers generally seem to dislike the in my experience.

5
Should second trap under kitchen sink S-trap be there?
1
How did my water meter become loose?
2
Right way to disassemble radiator piping?
2
Sink Tailpiece Doesn't Line Up With New Trap - Need Help Making Connection
0
Main water line from 3/4 to 1in, meter and pressure
0
How do you remove/replace a plumbing fitting that is threaded on both sides when they can’t rotate?
3
How to remove copper pipe that is inside an exterior wall?
0
How best to change a section of PEX hot water return line between two FIP tee fittings?