We have a double Thermador oven in our house. We've owned the house for around two years, and the oven has worked fine up until the last few weeks. Now, using either of the ovens trips the circuit breaker after around 5 minutes. 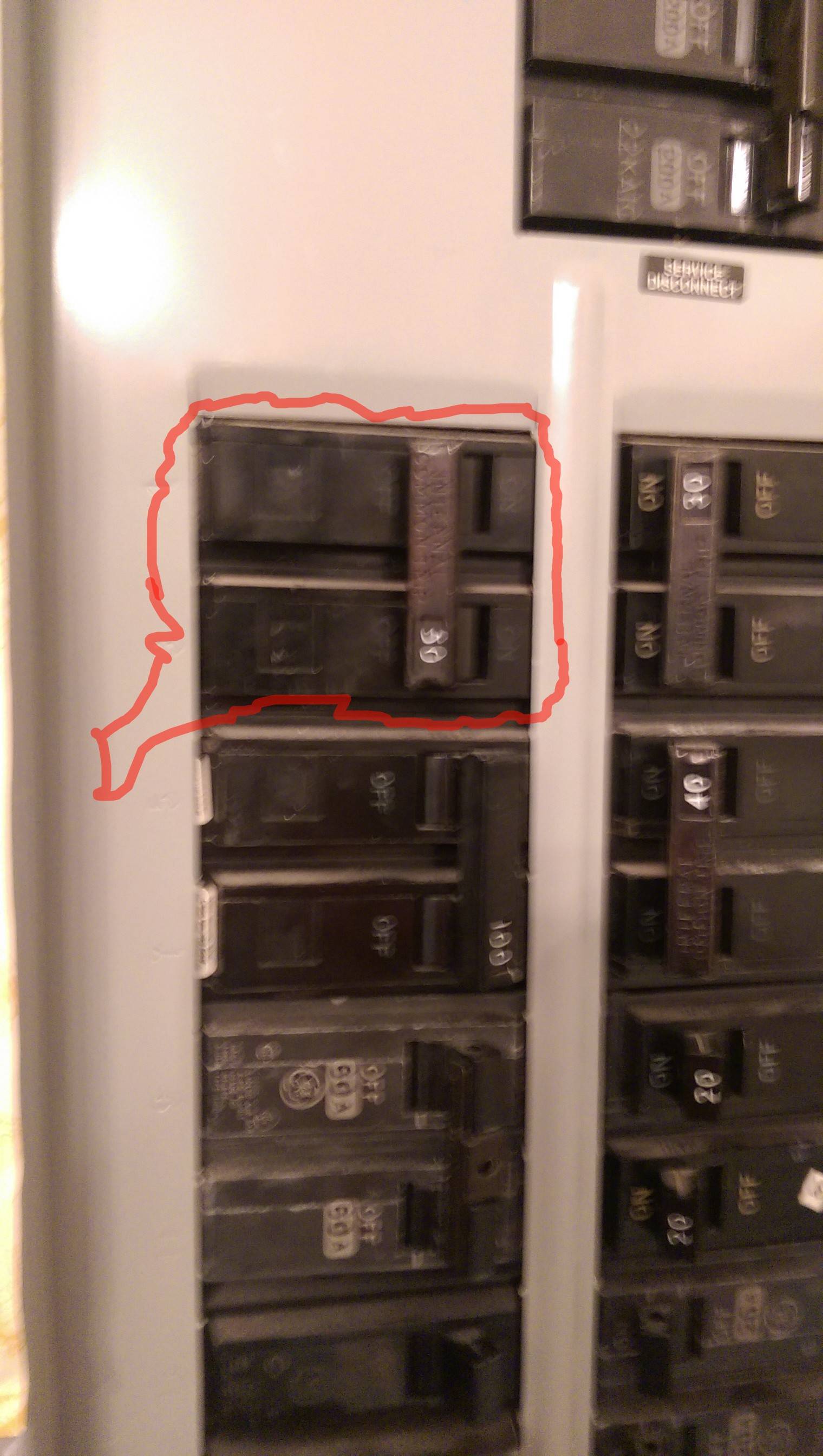 And also, the bottom half of it here:

I can add more images when I get home from work.

Anyway, I'm trying to determine what's more likely the cause of the tripping. My wife says she smells a faint burning smell from the panel when it trips. I have a home warranty which will cover (with a $100 copay) repair, but I have to pay a separate copay for the appliance repair shop and then another if it turns out to need an electrician (assuming the appliance shop can't do the electrical work itself).

What would be more likely in this case? A bad breaker or a bad oven? Are there any steps I can take to narrow down the cause?

It doesn't sound like a short. It happens after five minutes... each time. To me it also sounds like loose wiring or a bad breaker. I would turn the circuit off and than I would visually inspect the back of the receptacle first. Are the screws tight? Any burnt looking wires anywhere in the box? Than if that is good I would switch that breaker out for a breaker that works. If it holds, you know your breaker needs to be replaced.

You must have confidence in knowing you know how to turn off circuits to do this. If you are uncomfortable, just call an electrician. I am sure it won't take them that long to figure it out. You could even have a breaker at home for them ready (and return it to a store- if they will let you- if he does not need it.)

My suspicion is that it is a faulty igniter (glow coil) in the oven.

I had the same problem with my NXR oven. At first the circuit breaker would trip somewhat unpredictably while the oven was on. I had a service technologist come out who could find nothing wrong with the oven. After a few more weeks the circuit breaker started tripping fairly consistently after approximately 1-2 minutes of turning the oven on. Each time before the breaker tripped, I could see that the igniter of the main oven was heating up normally as it got hot and started to glow orange. The igniter is a glow coil that turns on as soon as you turn the oven on and that stays on as long as the oven is on.

I bought this new igniter on amazon for $16 to replace the old one:

There are several sites with instructions on how to replace an igniter in a gas oven. I used this one:

Since I replaced the igniter, the oven has worked great and the circuit breaker hasn't trip anymore.

There is obviously something wrong, and I highly doubt it is the breaker. You can view the wiring in the panel by turning off the main breaker and unscrewing the cover plate. You will see something like this: 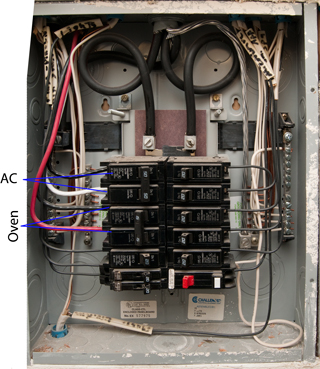 As you can see, there is not much opportunity for a short, however, if the wires are touching somehow and burnt, then it could be a short. You could "fix" this by separating the shorted wires, but this would leave a dangerous condition. Normally the entire run would have to be replaced--by an electrician.

In any case, it is unlikely it is in the box, and more likely to be farther upstream in the circuit. Debugging oven circuits is a job for an electrician.