Is there a way to diagnose ceiling fan 3 speed switch wires?

I have a Hunter ceiling fan (3 speed with lights, all on one switch) and the pull switch for the fan broke. So, I went to HD and got a replacement switch that looked identical, same volts/amps rating and 45 wires, same as the old one. I thought I hooked up the wires to L, 1, 2, and 3 in the same configuration as the old one, but now the fan won't turn off, and there are only two settings (high/low). Additionally, if I pull the light switch, it arcs and the breaker trips instantly (AFCI breaker). I checked all of the connections and they're good, so it isn't arcing from loose wires. Obviously I must have either wired it differently from the original one or this switch is different than the original one. Is there a way I can diagnose this without just trial and error? Is it even possible to fix, or do I need to get a new fan?

Edit: added a couple of pictures and a layout of the wires; I checked Hunter's website but they don't have a wiring diagram. I did find out that there was a short in the lampholder assembly itself which is/was the problem with the light tripping the breaker... but unless anybody here can help me find a "ze-301t" lampholder (alibaba sells them, minimum of 1000 pcs) then I might just have to get a new fan. For now though, it'd be good if the fan part worked even without the lights. I'll take readings with a multimeter tonight and post them. 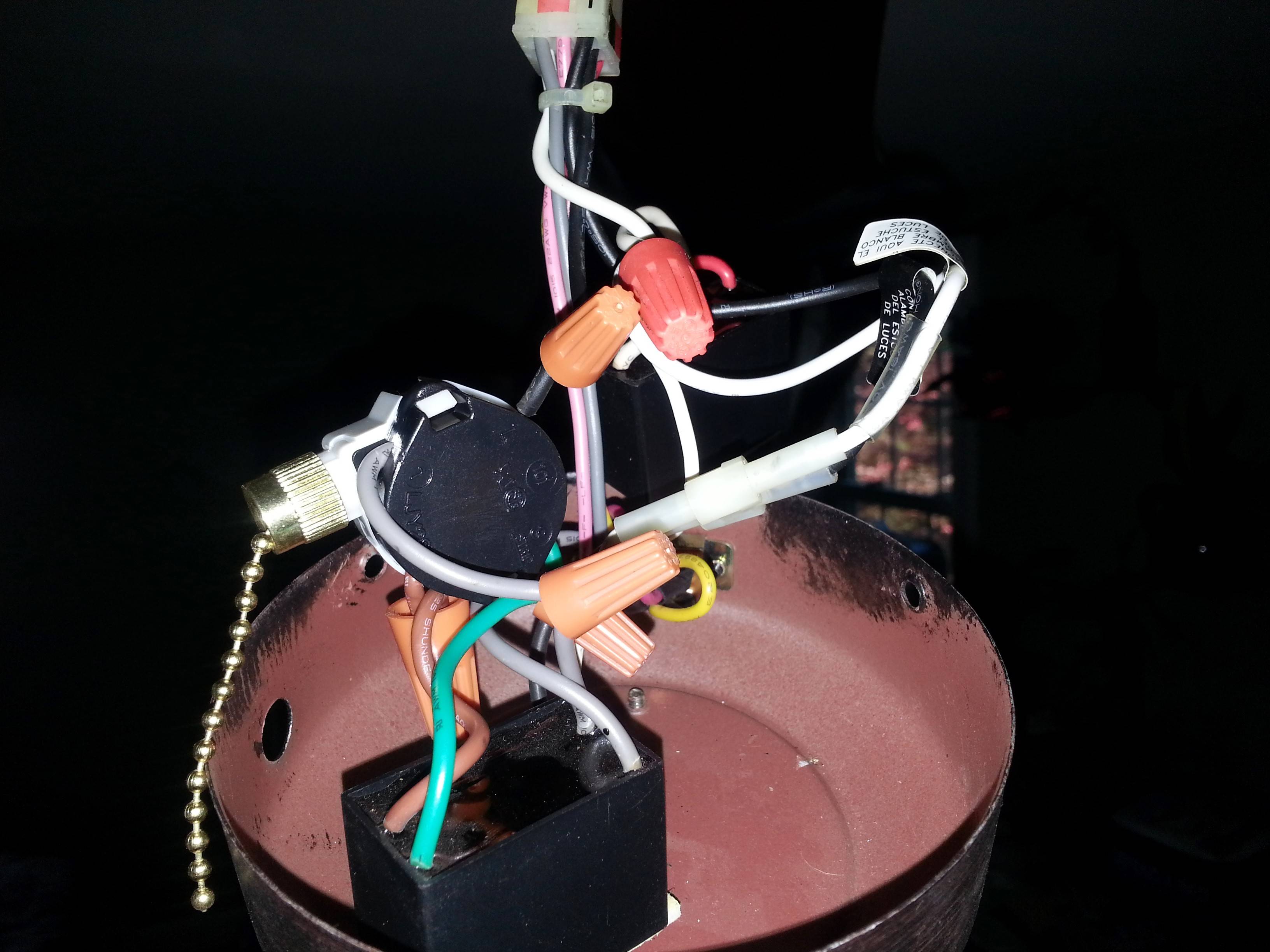 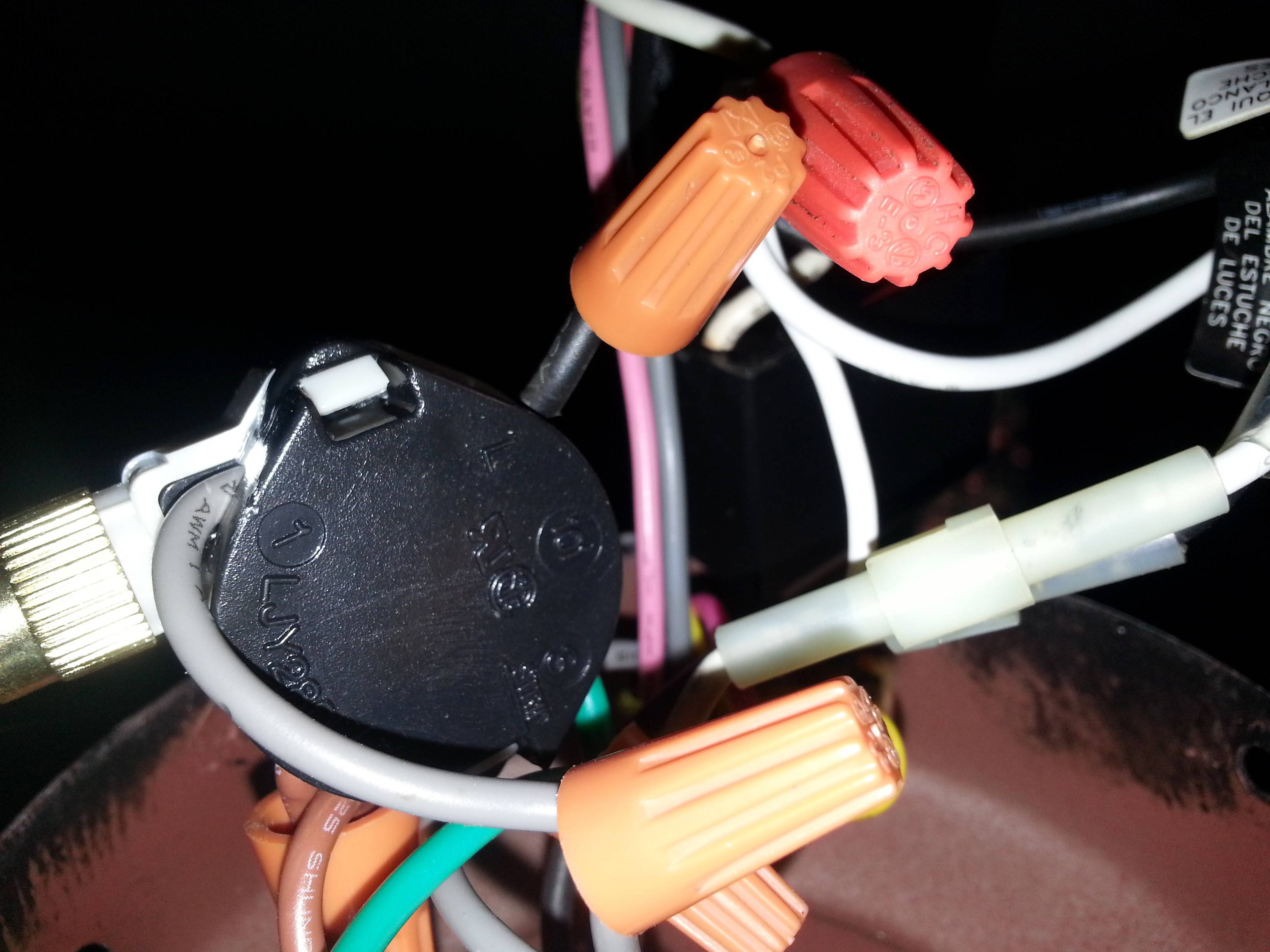 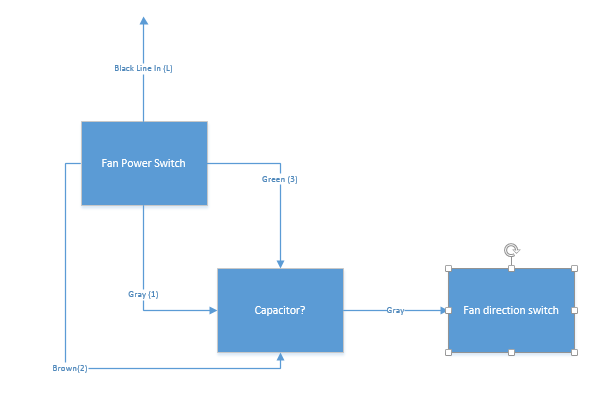 Go looking for a circuit diagram for your exact model of fan (probably findable on the manufacturer's website) that will tell you how the old switch was connected, which will provide the info needed to connect the new switch. We've discussed this before, but the Android app makes searching for and linking to the previous answer somewhat annoying so I'll leave it o others to provide that link.