I have a WAC low-voltage monorail (probably a SOLORAIL model) that is about 7 years old. The rail is about 12 ft long and has four fixtures attached.

For the past 2 years, one of the fixtures has shown an intermittent connection. It will turn on full brightness and work fine for 10 mins then "flicker" and go out. Sometimes it doesn't even turn on. If I wiggle the fixture, it will stay on for a while then turn off.

I've disassembled the connector and fixture as much as possible, tried to clean a spot that looked corroded, and tried to make sure no shorts are happening (e.g. there is a plastic washer in one spot to prevent a short contact). After I've rebuilt the connector, it will usually work well for a few weeks then start acting flaky again.

Is there a definitive way to repair this fixture or should I spend approximately $70 to buy a replacement?

I found a solution.

The first photo below shows the light fixture removed from the monorail, but fully assembled. The second photo shows the shade and bulb removed. Also, the fixture has been unscrewed from the mounting bracket.

I used an ohm meter to check continuity on the fixture, and decided there was an intermittent connection between the lighting fixture and the mounting bracket (the two pieces that are unscrewed). Screwing the two pieces together is supposed to make a solid connection such that the circular top of the fixture (the area right above the black band) touches a conductive area inside the mounting bracket. The connection between these two spots has become loose over the years (I don’t know why).

I took some thin sheet metal (actually the bottom of a can of mixed nuts) and cut out three circles the diameter of the top of the fixture. I carefully stacked the three pieces of metal on top of the area (above the black band) and screwed the two pieces together. The electrical connection is now tight, and the light has been working perfectly for the past three weeks.

[UPDATE 3/12/15: As requested, here are more images and notes. If you use the metal from a can, you should probably sand it to remove any clear coat on the metal. I used heavy duty scissors to cut the metal. The metal discs are cut slightly smaller than the diameter of the post they sit on top of. I think you have to prevent the discs from touching the sides of the light when you screw on the top piece (to prevent a short). Also, the light stopped working again after about 8 months. So I made a second fix where there was a loose connection on the side of the light. I cut out a crescent-shaped piece of of metal (shown by itself in the next-to-last photo) and shoved the shim into the loose joint (final photo). I might trim up the crescent shim when I have time. The light has been running fine since this second fix.] 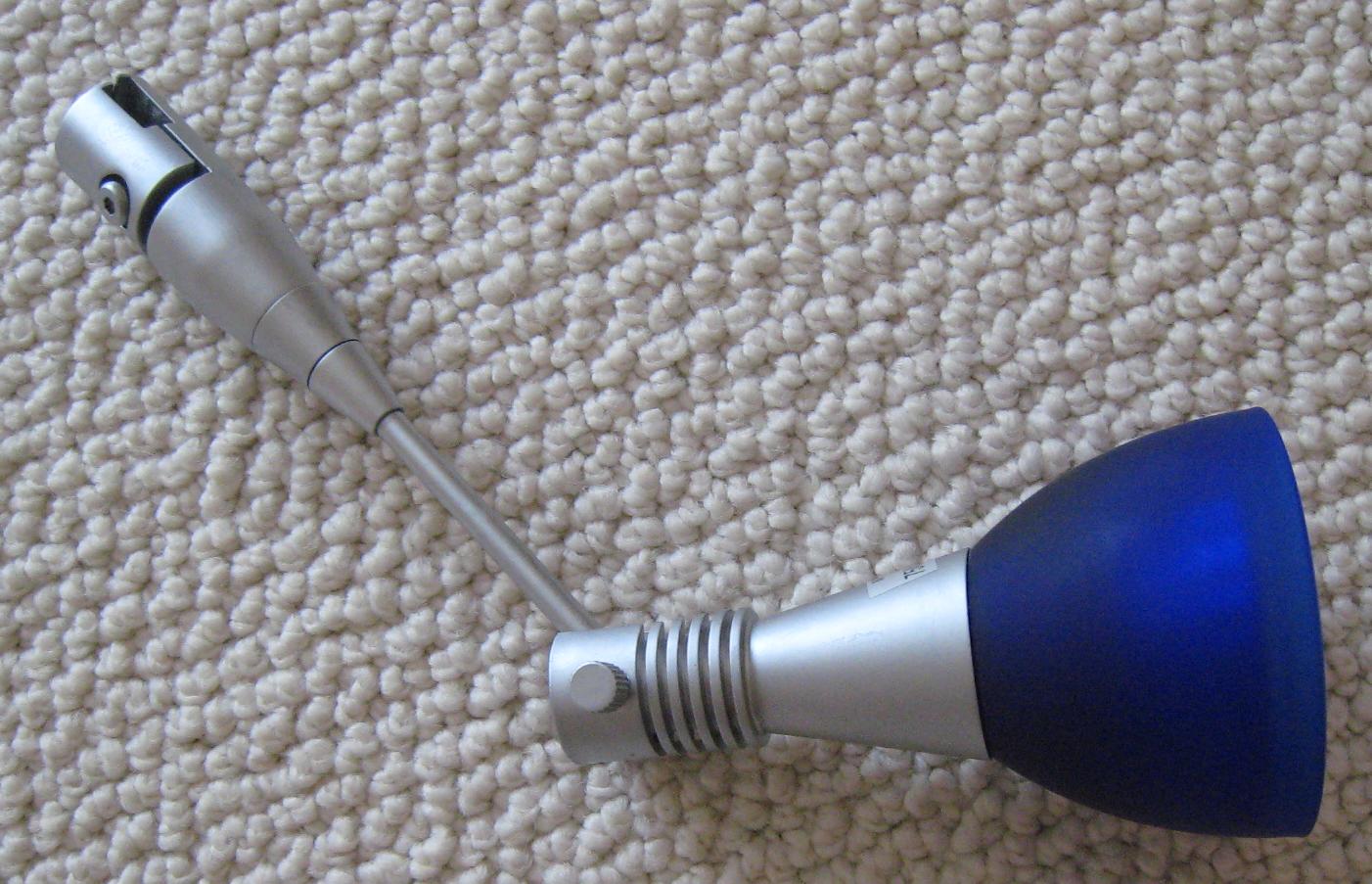 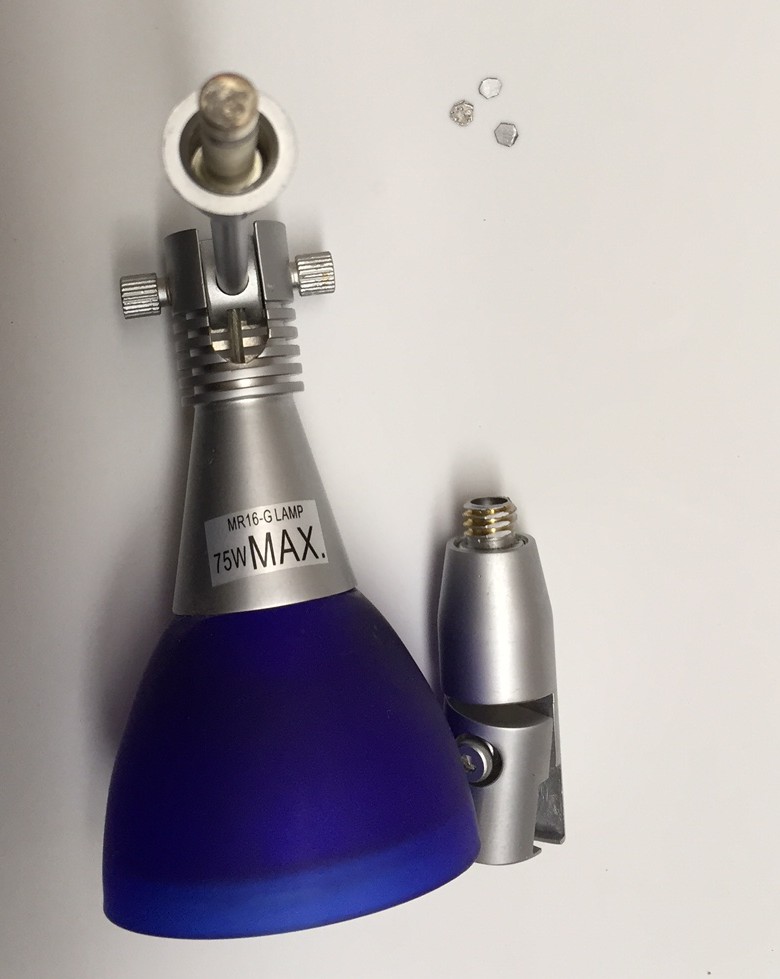 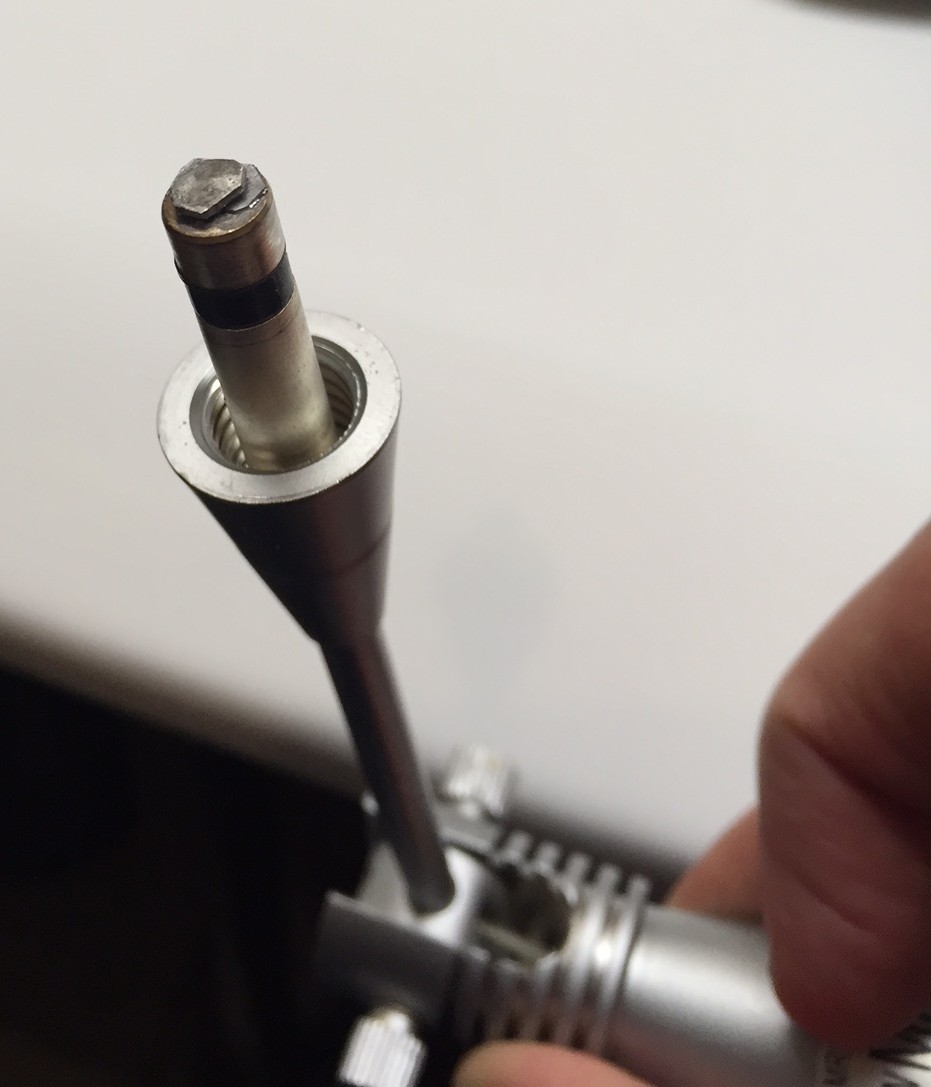 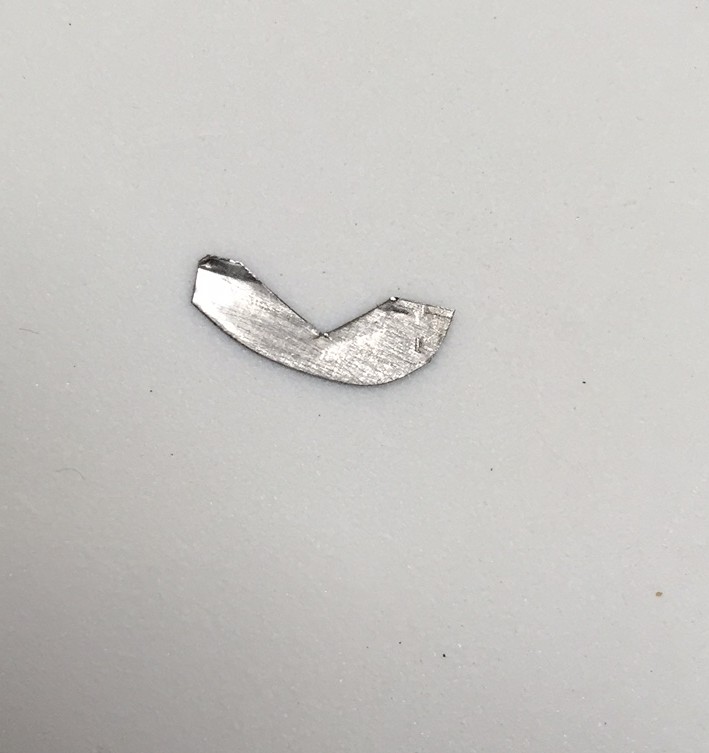 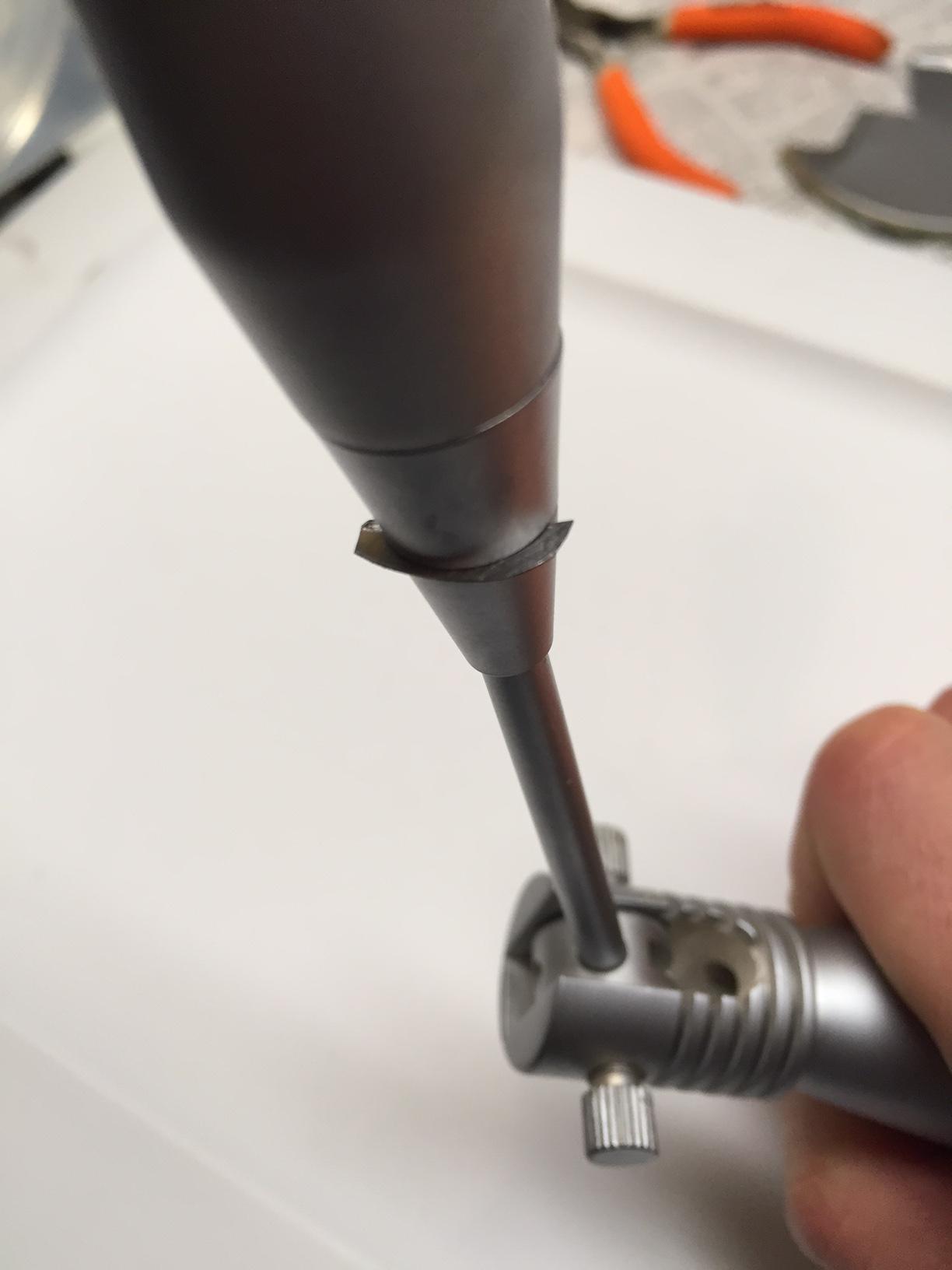 Thank you thank you for this information as it led to solving a similar problem we have had for a long time for which we got NO help at all from Lightology in Chicago where we bought the system. Our solution involved putting a piece of aluminum foil inside the top bracket where it sits on top of the rail. This tightened things up and 2 of the 3 lights that were out are now working. One still doesn't work---we found some corrosion inside the top piece, cleaned, still nothing, so either we need a new bulb or have to buy a new connector to fit over the rail. You were SO helpful, thanks.