Buying a House On Underground Spring. What to do?

My fiancĂ© and I are under contract on a new home which we are concerned it might be built on an underground spring. There are two sump pumps in the house, on opposite corners of the house. Both times we have seen the house was after a few days of no rain. One of the sumps only gets a tiny bit of water from the French drain leading to it. The other sump, there is a visible stream of water from both pipes leading into the hole. Every half hour or so, the pump kicks on and dumps about 3-4 Gallons (wild guess). We are concerned about a) flooding our basement, and b) future foundation issues.

So my questions are this:

Update: To answer some questions, the home is in Maryland (US). There is a slight slope to the road and we are closer to the bottom, though it is so slight, I didn't even notice it until a neighbor pointed it out. It's a suburban area, homes line both sides of the street, spaced roughly 30 feet apart. I don't mind sharing the water with the neighbors...in fact I encourage it. The more water they take, the less I have to figure out where to direct.

You didn't indicate your location or site characteristics (slope, hillside, etc), but the location of the country, even generally could be helpful, but not required.

You indicated the water bill was not high, so it could not be a water leak. That would only be if the leak was after the meter. However, the leak could be before the meter and impossible to detect through usage alone. A few tests to help determine if this is a spring:

If it is, in fact a natural source, then if could be spring or runoff. Most springs are intermittent to some degree with natural cycles. Perhaps this is a heavier time or from recent storms that are working their way underground and bumping into an impervious layer of shale that your house was built on top of. As a home buyer, you only have a point in time reference, and the neighbors may not know the details from the inside of the house as to how often and consistently the pump runs.

You also assumed it is only pumping a few gallons â€” some sumps hold 15-25 gallons. If it were built intended to handle the flow you mentioned (~900 gal/day) it likely would have been larger to begin with to run less often.

Is this a red flag / deal breaker? Is this just something we need to keep an eye on, or is there a possibility that the foundation might crumble at any time?

If it has been in place for 25 years, I don't think this is a major concern. If it was retrofitted, especially recently, I might have a different opinion. But this depends on where you live somewhat â€” is your area composed of a lot of Karst or cave features? Florida for instance is known for its sinkholes and springs are one possible concern with those.

Assuming it is not critical, what precautions should I take? I already plan on buying a water-powered sump pump as backup, and getting a couple alarms for both pumps. The current pump already has a battery backup.

Alarms and backups are great. A small, but high-quality generator would be fantastic to keep things running for a longer period if needed. Make sure it's rated for constant duty. Be sure to have a plan to allow easy switching from the pump's current electric source to the generator. You could make this tie-in at the panel or the pump, but be careful not to backfeed into your system.

The water looks clear and fresh. What can I do with all this water? Anything productive?

Do you have gardens? Make a rain-barrel type system using large holding tanks - plus, you'll see how much water you are actually removing seasonally. But be careful in planning that whatever you do that your system is able to handle cold weather without freezing up or you risk a damp basement and a blown pump.

But If you really are pumping what you claim (3 gal every 5 min = 960 gal per day) you will likely have limited use for all that water, unless you're in California and will share with your neighbors!

Good luck with the new home!

Buildings (or buying) a house on a location with a lot of water is never best thing to do, but people do it and if they do it properly they never have problems. The most important question is regarding house design; are foundations and concrete slabs appropriate for this situation. Main difference is that with underground water strongest force on the slabs is from lower side of the slab, and not from above. Keeping that in mind slabs should be thicker than normally. This picture shows what happens if that is not the case. Kepp in mind that this is drastic example and that this happened when there was "1 in a 100 years" flood 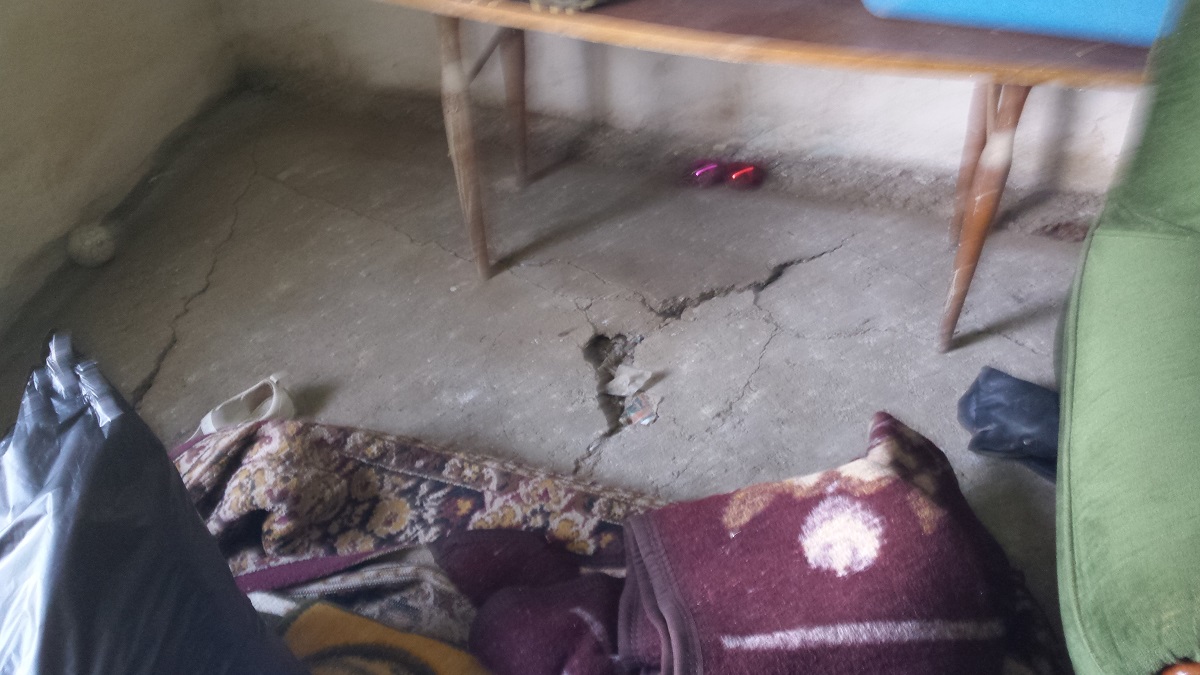 If the house is 25 year old and there are no visible damages educated guess is that there is no problem. BUT!!! Keep in mind that those sump pumps are hearth of your house...in other words if pump stop working....it's no good; also there can be some electricity issues (blackout etc.) which could stop the pumps.

5
Is there such a thing as a vacuum sump pump? No standing water above check valve?
2
What should I look for in a battery backup sump pump?
1
Is it likely that water can enter below the slab?
1
basement sump pump water level above drain tile
2
Electric sump pump sometimes fails to engage / kick on
0
Is sump pump supposed to discharge back onto property or onto the street curb?
1
How can I determine the source of a basement flood?
0
How do you stop basement waterproofing sealant that is coming into the sump pump basin from the foundation drain pipe?
2
sump pit not filling like it used to