How to ensure that water heater is mostly on or mostly off?

My friend just rented an appartment (in the UK), and during the inventory the janitor showed her the programmable water heater, and said it was configured to turn on for a few hours during the day.

However, due to (1) extremely high energy bills, and (2) apparent contradiction w.r.t. the instructions, we suspect the janitor may have inversed the program, leaving the water heater on for almost the entire day. I cannot convince myself either way, so I'd like some advice about it. 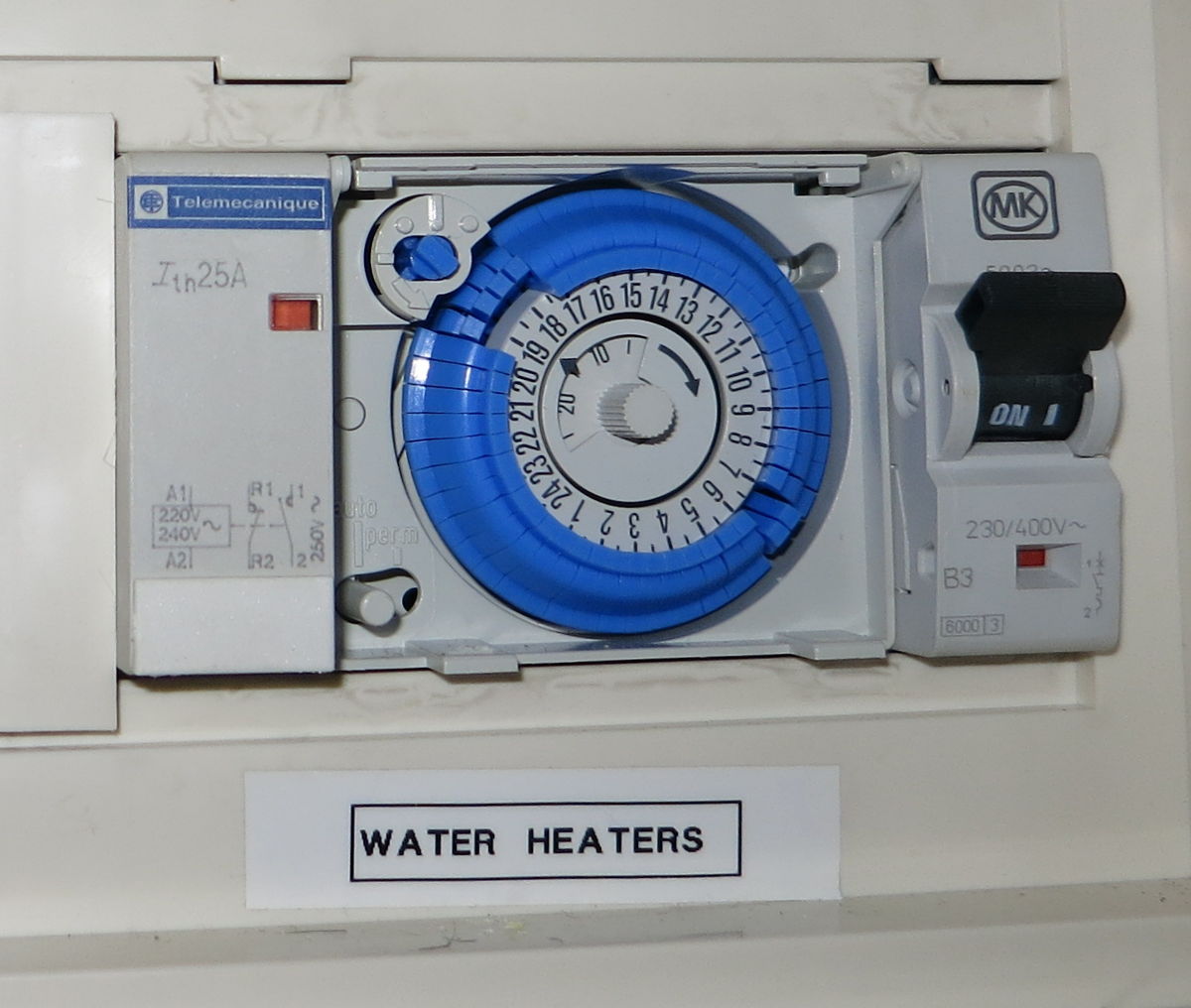 And here's the instructions, printed and glued to the back of the panel door (the relevant part is the lower half): 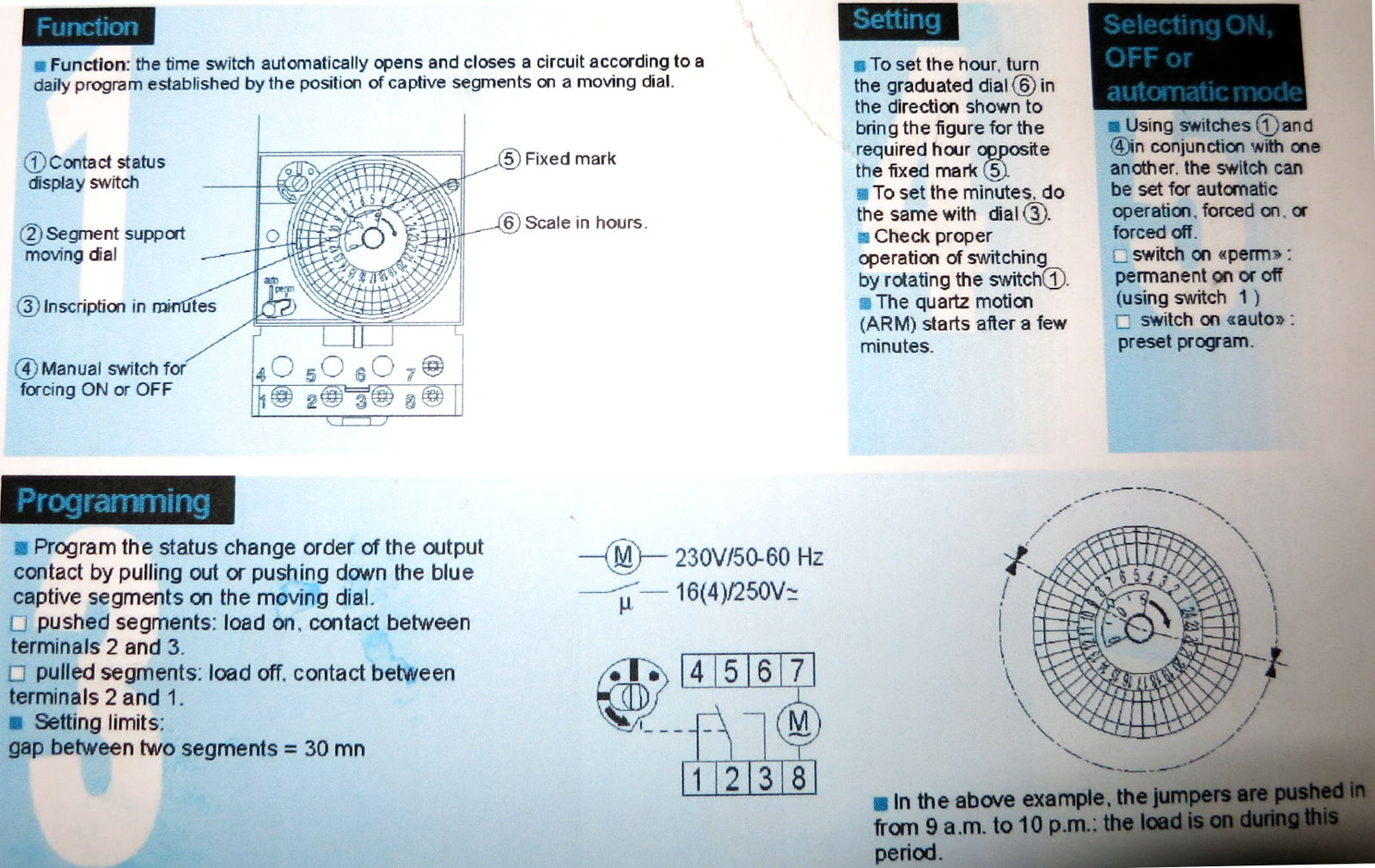 These instructions seem to contradict what the janitor said: the example says "the jumpers are pushed in from 9 a.m. to 10 p.m." in the picture, which would indicate that the actual heater is on during most of the day (and night), the opposite of what the janitor said. However, since he seems to be working for the residence for several years, such a mistake is very unlikely. But then why do the instructions seem to indicate the opposite?

Note: there is no easy way to physically confirm if the heater is on or off at a given moment: there are no LEDs on the panel nor on the heater itself, and there is no discernible noise during the transition. The energy meter is outside and due to other appliances (e.g. refrigerator, towel rail, ventilation, etc.) you can't easily isolate the energy consumption.

I agree it's a little unclear what the right way is.

Why don't you try a test. One evening push all the pins one way, run the hot water for a bit to flush some water, then leave it overnight. In the morning if you still have hot water then the heater was on overnight. If you aren't confidant, repeat the same the next night with the pins the other way.

I'll agree that it's difficult to tell from the image what in and out are.

Not the answer you're looking for? Browse other questions tagged electrical water-heater or ask your own question.

1
My water heater pilot turns off after about an hour
2
Vacationing - water heater off?
0
What energy saving methods can I use for a new gas water heater?
0
Electric water heater T&P popping off
1
Gas Water Heater and Water Shut Off
0
Water Heater on/off switch
1
Why is my circulator pump heating my house?
15
How much power do LED smart bulb wireless control systems consume when the light is turned off?
13
Can tankless & conventional water heaters join forces?