Do I need to redo this deck or it would be OK to clean it and repaint it?

Do I need to redo this deck or it would be OK to clean it and repaint it ? In my opinion the floor is in bad shape and so are the top rails 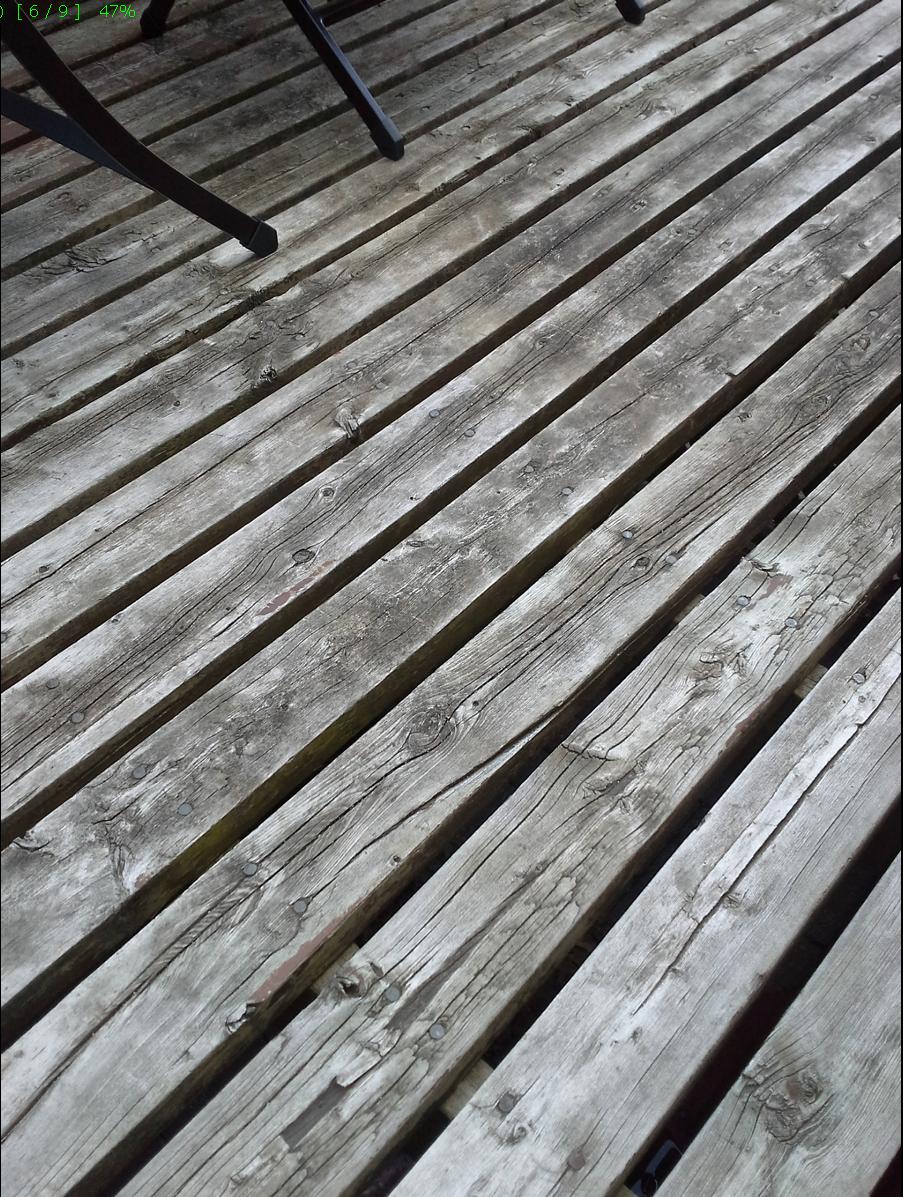 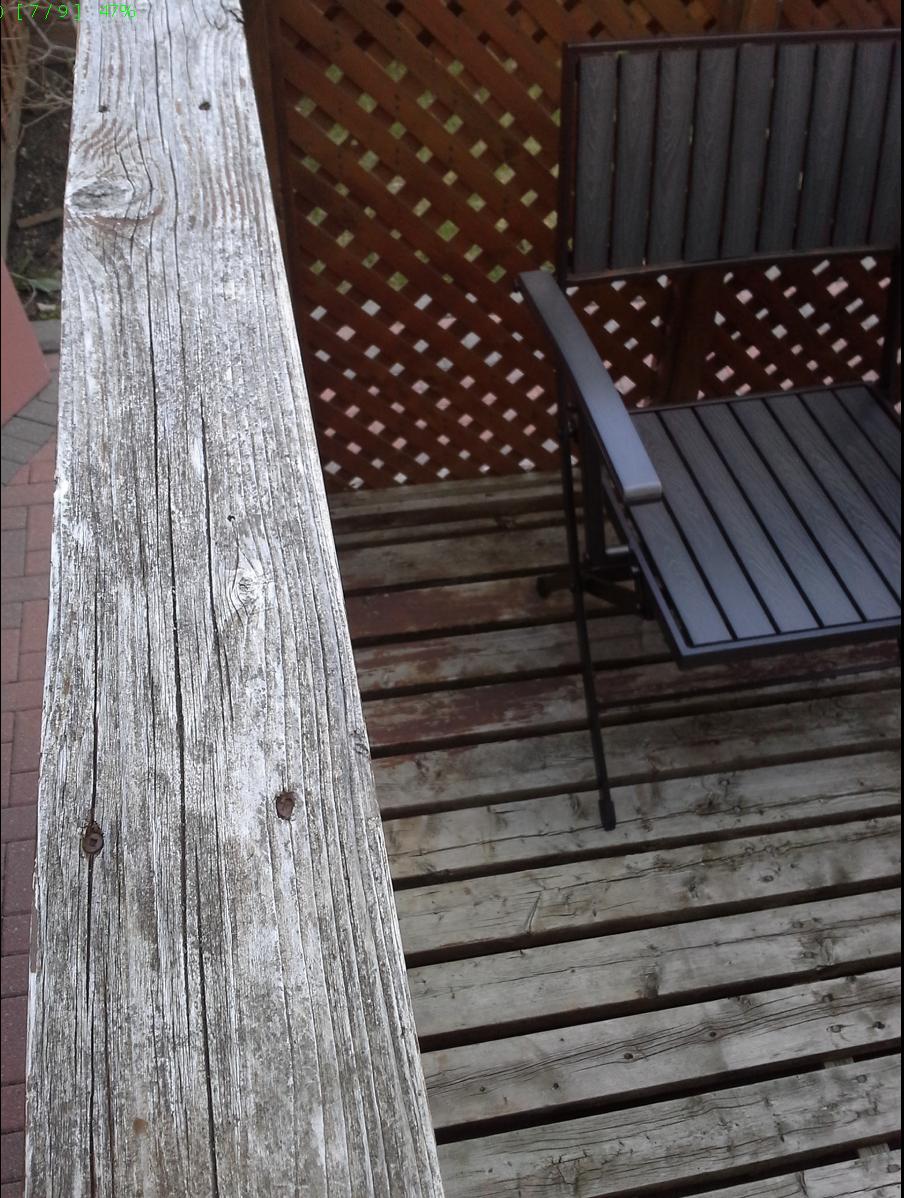 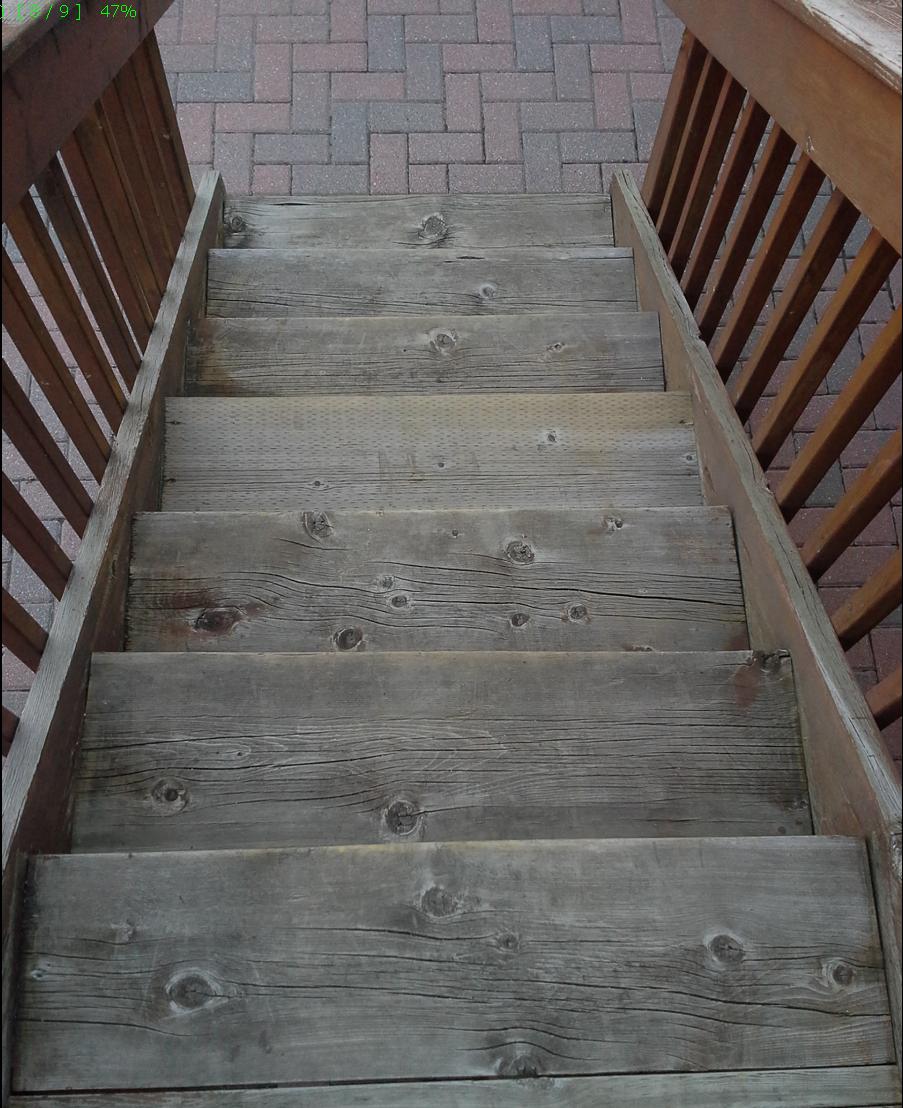 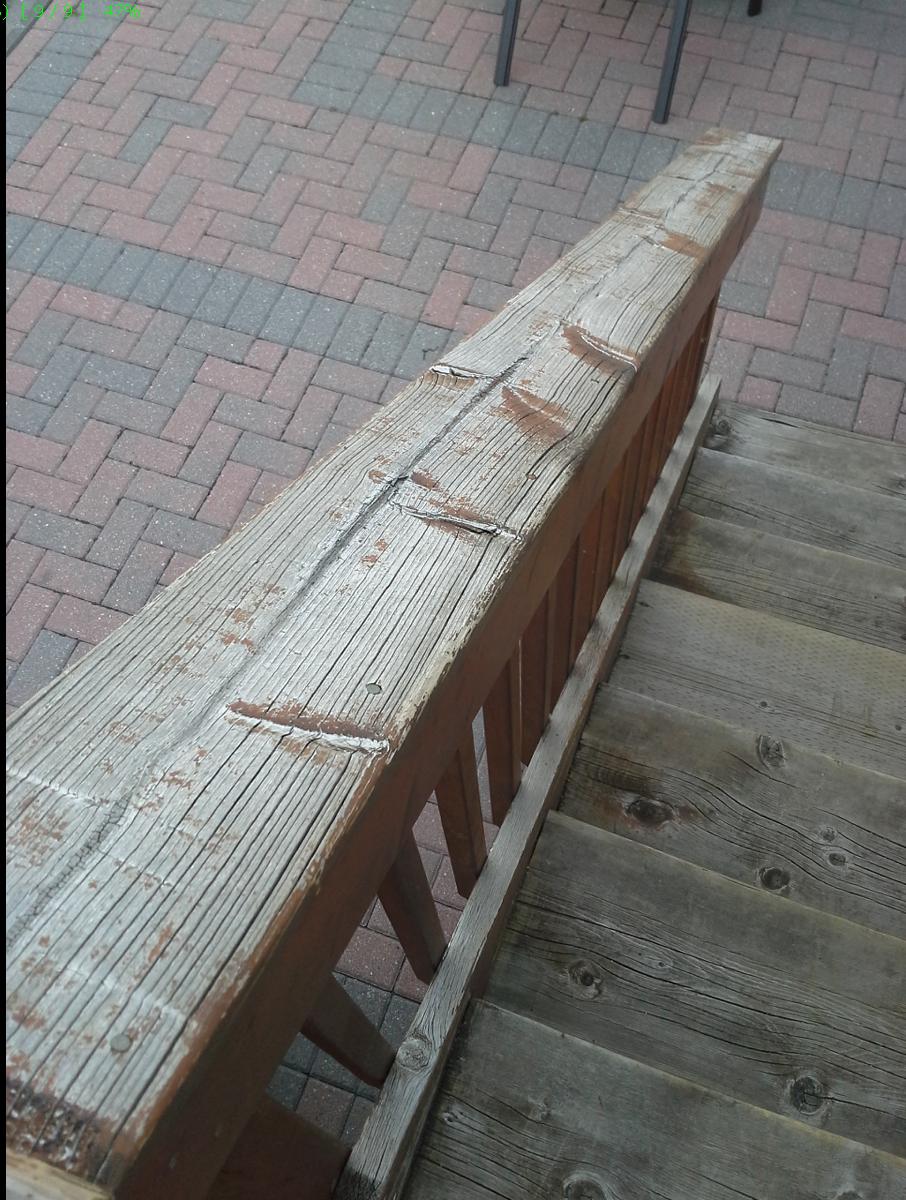 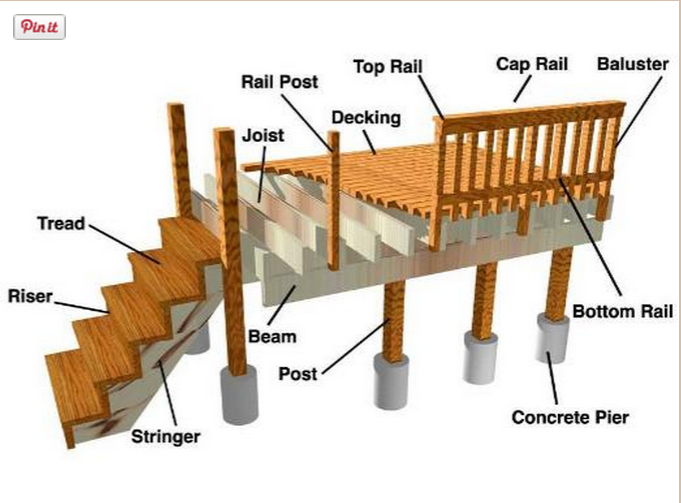 Yes, your deck is a bit tired. I don't think anybody can tell you whether to re-do or re-hab without seeing it, but these are the sorts of things I think about on a job like this:

Safety: are any boards going to break any time soon? Are they excessively rotted? Can they support an adult bouncing on them? Do you walk around in bare feet, and are slivers a concern? (I see bits that might catch.) Are the stair treads (and whatever holds them to the stringer/carriage) solid? It looks like one has been replaced already. Are the nails popping up in a way that's going to trip/injure people? If so, those could be pulled and replaced with screws.

Aesthetics: do you care about cracks, or is that okay from a wabi-sabi perspective?

Doing a thorough re-decking is almost as hard as building a deck from nothing, so don't sign up for this task without being ready for work.

On the other hand, a good pressure washing and coat of stain is relatively easy and might yield just the result you want.

All you need to do is replace the top of the rails, stair treads, and the decking. The rest can be sanded. Use oil based paint or a marine paint. DO NOT use an epoxy or latex in Toronto. There are too many freeze cycles. This is a one day job if you have a few buddies. You do not need a permit in most places to repair existing structures to a point. I doubt new decking boards constitutes that in Toronto but you can always call city hall. Utterly crazy to tear the whole thing down... Like tearing down studs because drywall is banged up.

Depends on many factors.

Assuming it is structurally sound, which we can't know, then it depends on

And perhaps more, but that's what I can think of now.

I've seen many decks in that type of shape rehabilitated with a good pressure washing and some nice exterior stain.

However, I've also redone a deck like that using some fancy deck refinisher and it was completely washed away after a hard winter.

But, yes it is possible to clean up that deck. Do not underestimate the value of power washing it and letting it dry thoroughly.

This is not something that's easy to tell from pictures.

Things to check for- loose boards, boards that are punky and soft, or boards that have cracked around their fasteners and now move. You want to check for pieces of deck boards coming up.

It appears that someone has used non-galvanized screws to attach the top rail- at the very least that needs to be fixed.

There are a variety of deck 'refurbishing' compounds- basically thick paints with epoxy that can give an old deck a few more years, provided the deck isn't unsafe.

It depends what the joists and supports are like, if you can't tell then get an engineer over to your house to check them for you, for rebuild jobs like that you should check with you bylaws officer anyways, some places require permits and inspections before and after you do deck rebuilds. They will be able to tell you what you can and can't do, just go down to you local office and check or even just give them a phone call.

You probably could refinish it and just replace the floor boards and rails, but my guess is once you start pulling it apart you'll discover something you didn't notice before, and end up having to replace everything anyways. You don't exactly want your floor to outlive the structure anyways, I'd rather put my foot through a rotted flood than have my whole deck collapse because of rotted joists/supports. If you have the money then it might be worth while to go ahead and replace the whole deck, you can buy complete kits that are just beautiful and super easy to install, you just order it to size and it come all pre-cut for you. We just barely redid my in-laws deck with a kit and it was super nice, and probably just as expensive as as it would have been to buy and cut all the wood ourselves.

When is a Building Permit Not Required?

Looking at your picture, your deck is higher than 60cm, it looks like it's attached to your house, and I'm guessing there is a door from your house that opens onto your deck. That means that your deck rebuild most likely needs a permit, because even though it's already there, you're technically demolishing it, then rebuilding it, and demolishing things in Toronto requires a permit too. Like I said, even my civil-engineer father in law–who gets paid to inspect these things–thinks that the permits should be unnecessary, but them's the rules.

It's the city of Toronto's call, sucky thing is you could just let your deck go to rot without any intervention from the city, but because you want to get all handyman on it, they're going to make sure it's done by the books so that if anything goes wrong they can make sure the right people get sued.

14
How should I clean and repaint a painted wooden deck?
6
Do I need to do anything at the base to support deck steps?
2
How can I repair and repaint a deck whose planks were caulked?
0
Do I need concrete footings for a free-standing deck
0
Would you replace these deck posts? How much life do they have left?
0
How should I redo my patio under my deck?
1
I am painting my deck with metacrylics paint do I need to clean between coats of paint