How do I connect the PVC J pipe to the drain pipe in the kitchen sink?

The drain pipe has a large flange on it. Because of the size of the flange, when using a flanged "top hat" washer, the nut can't get close enough to the threads on the PVC pipe. The previous owner just packed putty around the connection. 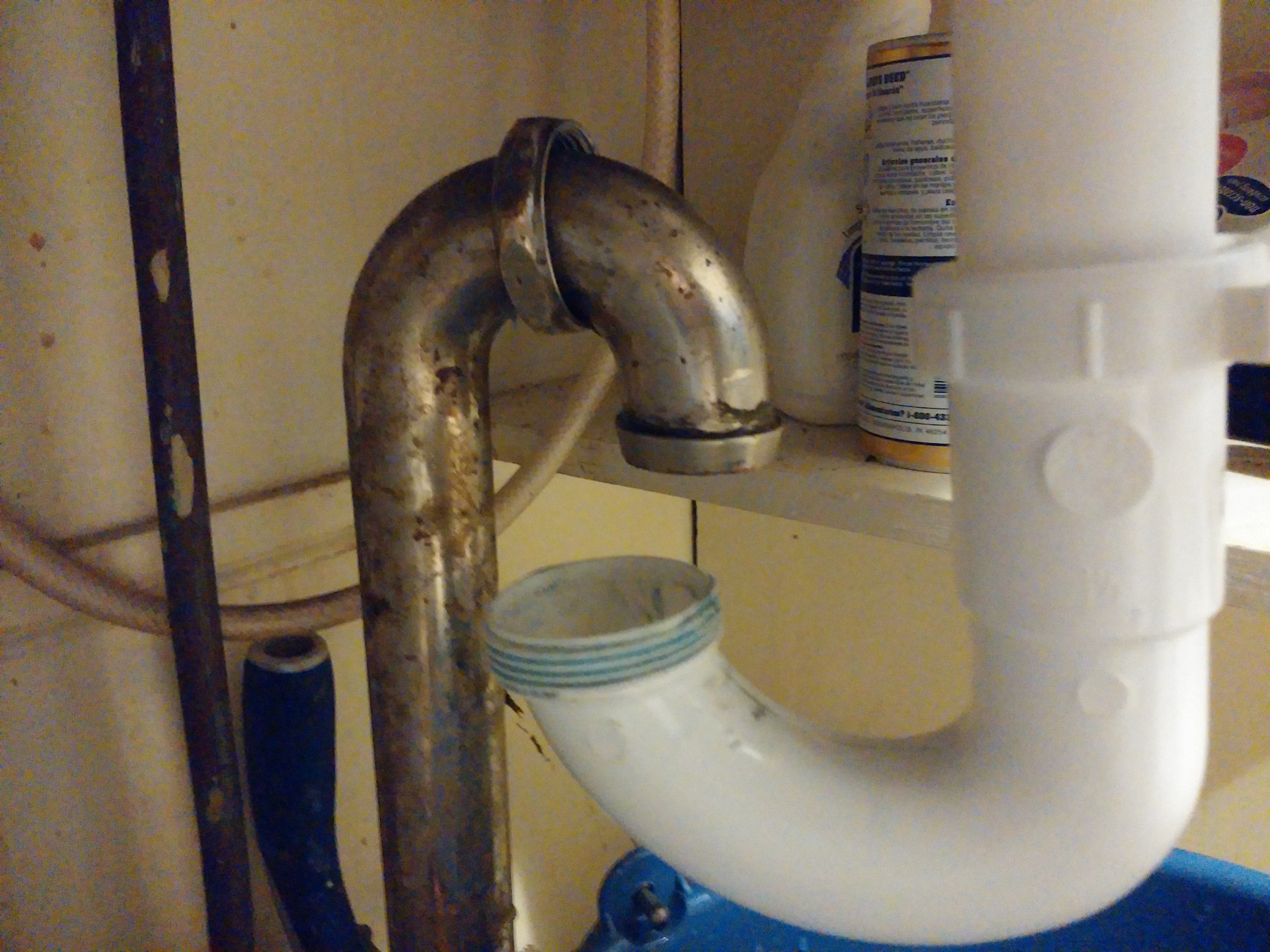 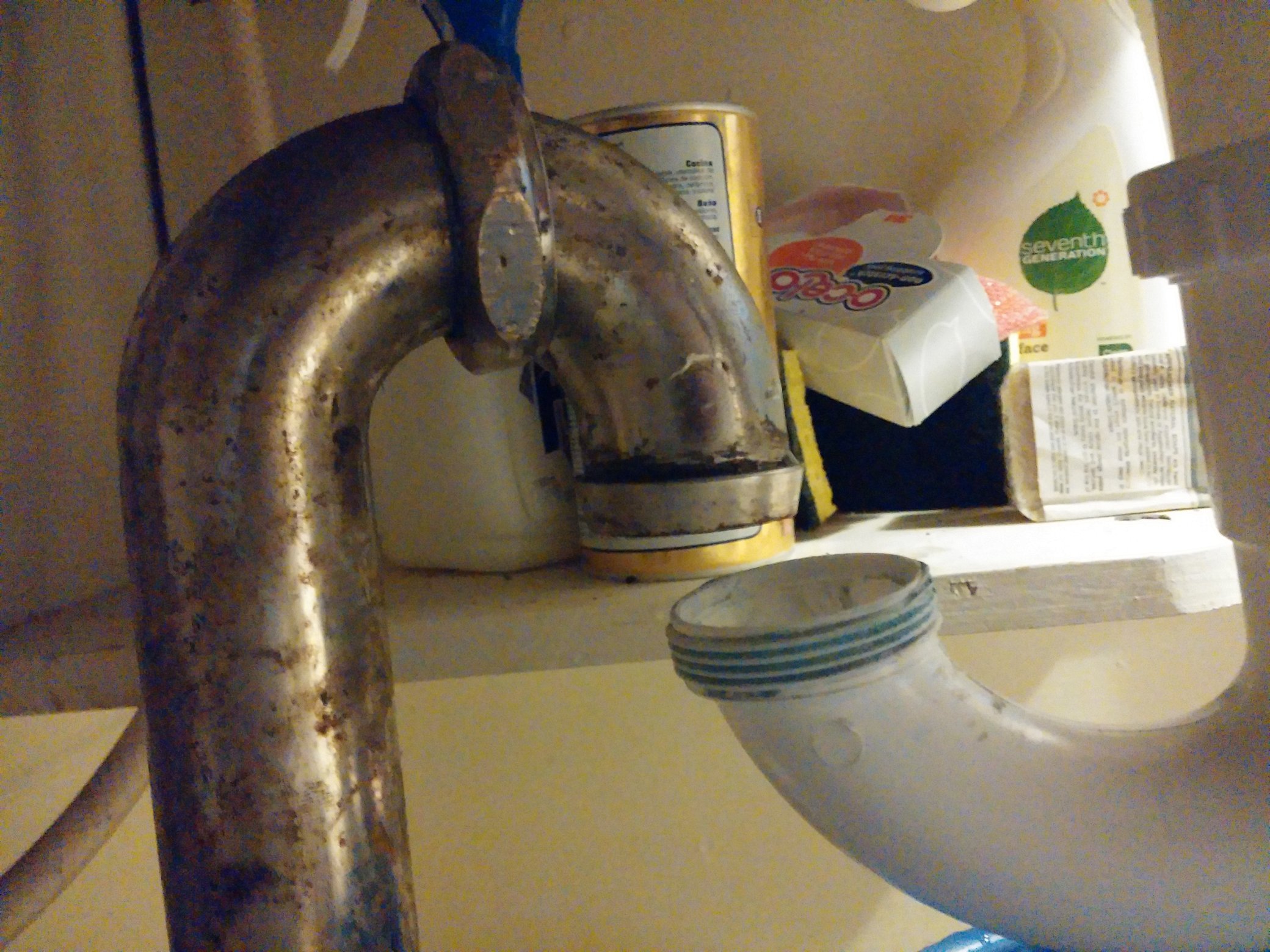 Method 1. Remove the metal pipe with the J bend and complete the P trap with plastic parts. Then join the plastic pipe to the down flow drain system where the pipes are straight and concentric with each other. There are slip type couplings to join the plastic to the metal in this way.

Method 2. Take out the plastic P trap parts and then re-build the connection from the metal J bend up to the drain of the sink using compatible metal parts. Note that metal parts are much more expensive and harder to work with so take that into consideration when selecting which method to use.

Do be aware that it may not be appropriate to be using a J bend pipe as part of the drain trap. Standing water in a trap should be confined primarily in the trap part itself and single tapered swivel joint of the trap joint. You should avoid having a situation that the standing water in the drain line rises up past other slip joints in the pipe system. Too much standing water column can also lead to a suction effect that can end up leaving the trap with not enough water in it after a heavy volume draining.

Not the answer you're looking for? Browse other questions tagged plumbing pipe pvc kitchen-sink or ask your own question.