Why is this light fixture tripping the GFCI?

I recently replaced an outlet with a GFCI outlet in a bathroom in an older home (1960s), and added a light/bath fan. In the same box as the outlet I replaced was a single pole switch to a light over the sink. I replaced the switch to match the outlet and wall plate. It was functioning fine before, no issues. It previously was NOT feed via the GFCI outlet. I switched it to be feed via it since it controls a light over the sink, and the new light in the bath fan.

For some reason, the GFCI was tripping when the single pole light switch. Through trial and error, I determined it was the existing fixture controlled by the single pole switch causing the issue. If I disconnected it, everything works fine.

I've tried the following and have not had any luck solving the problem:

I hooked up a digital multimeter to neutral-ground for fixture causing the problem. When switch is OFF, voltage is essentially 0v (says 0.0008v, something like that). When the switch is ON, it is showing 0.11v. Not sure if that is of any significance.

Attached is a schematic I made. Some of the symbols might not be right, so please go easy on me! If anyone could help diagnose I would be greatly appreciative. 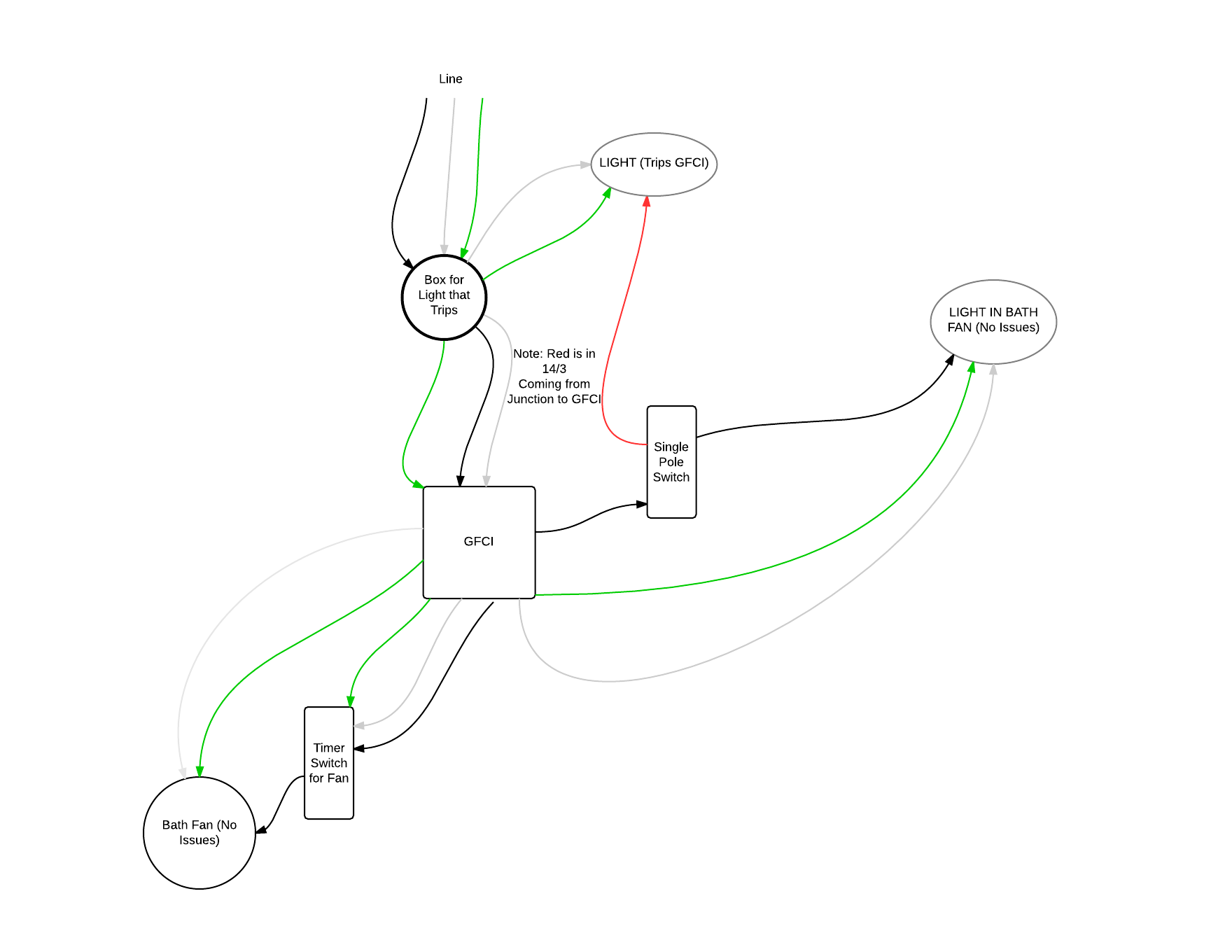 To remedy the situation, you can either not provide GFCI protection to the light, or connect the grounded (neutral) conductor from the light to the LOAD side grounded terminal of the GFCI device.

Essentially, this is what it looks like you have now. 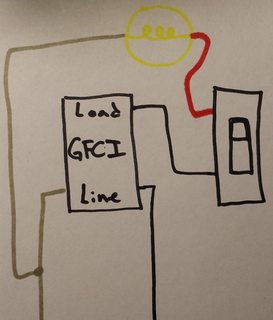 Notice that the grounded (neutral) conductor bypasses the GFCI device.

To fix this you could not GFCI protect the light, which would involve making a wiring change in the switch box. You'll have to move the wire feeding the switch from the LOAD side of the GFCI, to the ungrounded (hot) conductor feeding the box. The final circuit would look something like this. 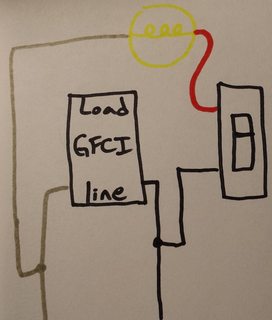 In this situation, your original diagram would look like this. 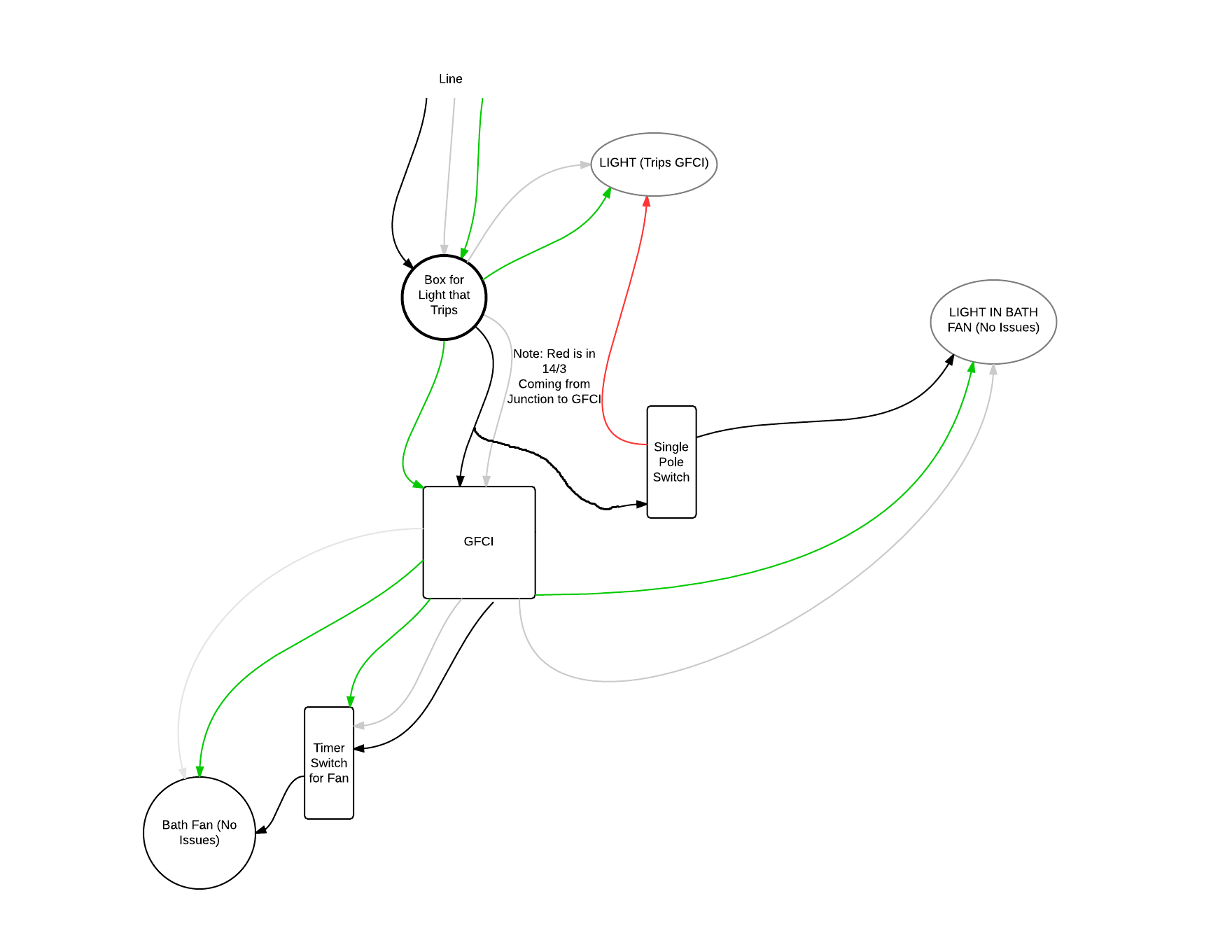 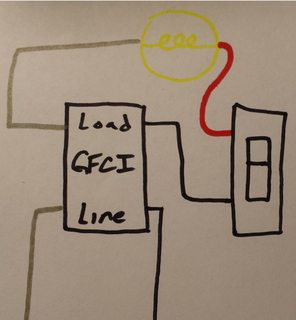 If you go this route, your original diagram will look like this. 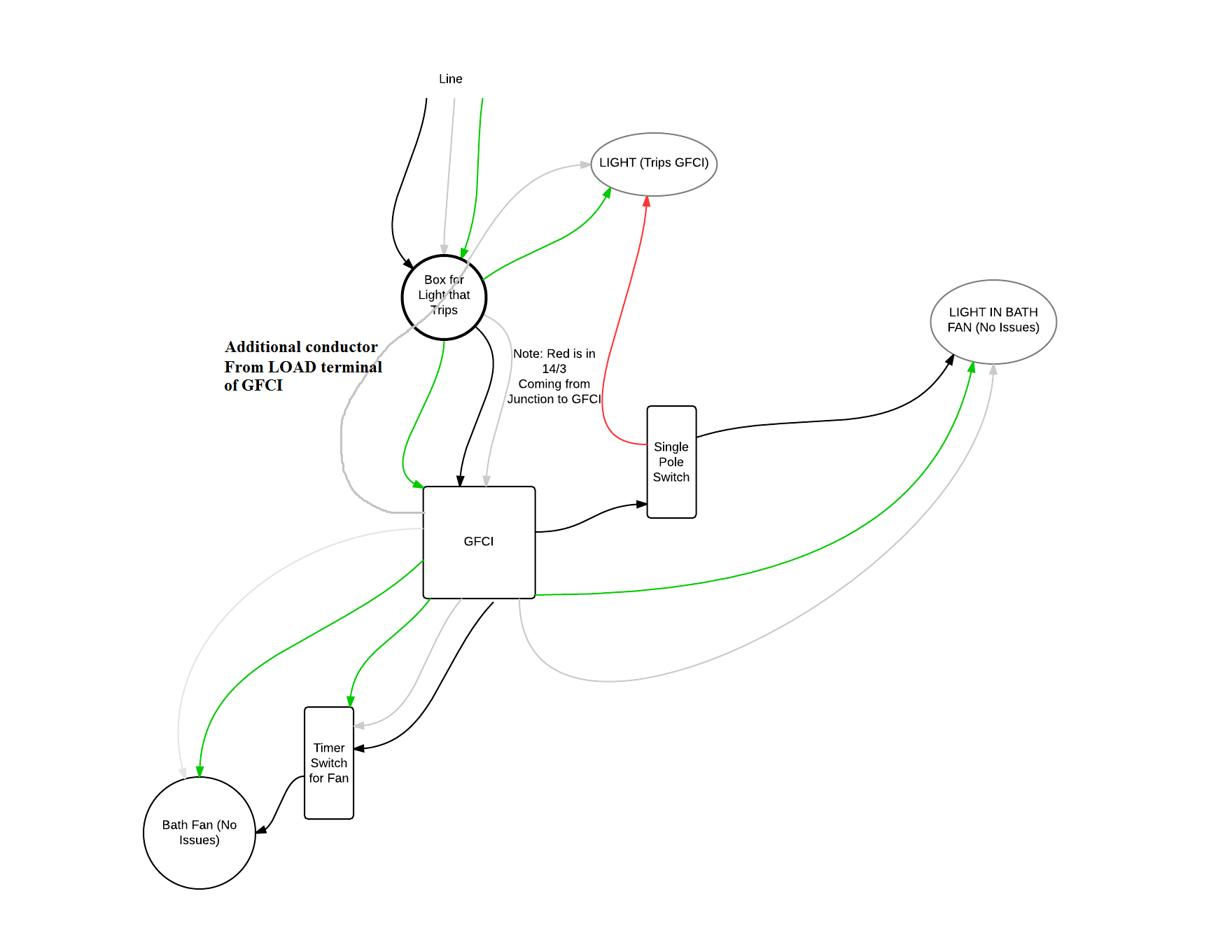 1
Why does my fluorescent ceiling fixture trip the GFCI sometimes?
0
Bathroom light tripping GFCI?
0
Exhaust Fan tripping GFCI
2
Can I move a GFCI outlet from the end of a circuit to the middle to protect another oulet?
1
Turning on light fixture trips GFCI on a different circuit
0
Why is GFCI Receptacle Tripping From Downstream Fluorescent LIght on Switch?