What is the best way to repair and prevent cracking grout in a shower stall?

The grout in my main shower has developed cracks. They started small but over time they have grown and there are actual crevices in the grout. I've been using my guest shower so as to not cause mold from water penetration, though it's possible there could be some underneath since I was using it for quite a while.

So basically, I want to know the proper way to fix the cracks and why they begun in the first place. Was the wrong type of grout used by the person who remodeled the shower? I can describe the grout as a very rough grit and brittle. Should I re-grout right over the old grout with the proper grout? What exactly is the proper grout for a tiled shower? Would it be easier to just touch it up with caulk of a similar color?

This is all assuming a complete re-do of the tile is not something I'd like to do at this moment in time, maybe in the next few years though. If you do feel that the possibility of mold underneath justifies a complete re-do right now, please elaborate on that if you can so I may consider it. There is no visible mold anywhere and I wouldn't suspect any other than the fact I know there are cracks and water must have penetrated for some length of time. Thanks for any advice. 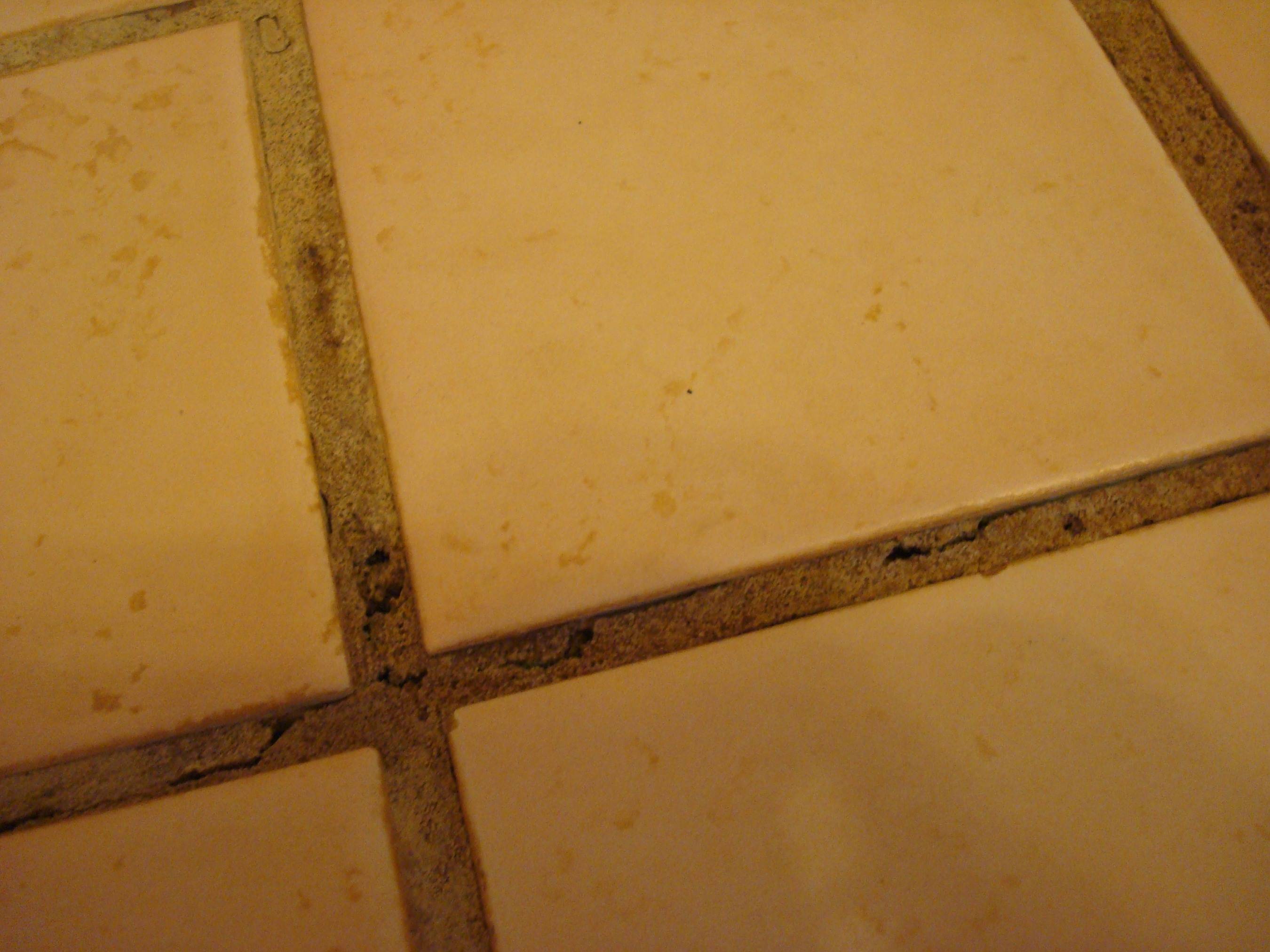 The tile and grout in an all tile shower are not waterproofing materials but long wearing easy cleaning finish ones. IF your shower was built properly it goes like this from top to bottom...

-The tile and grout laid in thin-set tile cement.

The two layers of cement with the waterproofing membrane sandwiched between them is what does all the work of carrying the water from your shower to the drain and keeping it out of the rest of your house. Hopefully this was done properly...It can be tough to know. If you're lucky and you somehow have easy access it is worth inspecting the subfloor and joists underneath the shower. If I inherited such a shower that was having problems I'd cut a small hole in the sheetrock or plaster from the ceiling beneath the shower if it was in the way and I'd have a look or I wouldn't be able to sleep at night. A leaky shower of this kind probably won't pour water all over the place (unless it's really bad...) but let it weep and drip slowly, silently doing damage. The only way to know for sure is to look. I think this should be done first before anything else so you know what you're working with before doing any repair work. If it's anything but dry under that shower you'll sadly want to be redoing the whole thing...or leave it and never use it again...

If it is nice and dry, you should be good to go to replace the grout. It's tough to say why grout fails, as many factors are at work: the quality of the grout, the consistency it was mixed to, the humidity and temperature on the day it was laid in, how well it was laid in, the mineral content and pH of the shower water, and the list goes on and on.

The surest way to repair grout is to replace it. This involves scraping it out by hand first. There are different shaped diamond tipped hand tools for just this operation that ease the process a bit. You want to get absolutely all of the crumbly stuff out of there, and then even sound grout you'll want to gouge out so it's at least half the thickness of the thickness of the tile, and more removed is better. A strong vacuum is a handy tool to have for this process so you can keep the area you're working on free of dust and see what you're doing. Once you're satisfied you can simply mix up some brand new grout and lay it in there. A fine grit grout should be used.

Though there is no complaint of loose or broken tiles in your question, another possibility with these showers is that the structural system (the joists and subfloor) are not doing their job properly and letting the tile and everything beneath them to the subfloor flex, causing cracks. I've seen a shower like this built atop a plywood subfloor whose joints did not land on floor joists (...) so the whole thing was unstable and had to be ripped out and redone after stabilizing the subfloor.

Good luck. These showers can be monsters...hopefully yours was built well and just needs the cosmetic refinishing of the grout.

This is combined problem. Firstly, your grouting material might not be suitable, but what is even bigger problem person who did ceramic tiles work did a poor job; distance between tiles is very, VERY big, and this is the reason why grouting has cracked. You should remove all of the old grouting with some appropriate tool; beware not to damage waterproofing layer because that would be the worst thing in the world. After removing grout clean thoroughly all the dents between tiles and then apply new grout. It wouldn't make sense for me to recommend you some specific grout because it varies from country to country (and continent to continent) but explain sails man or contractor your situation and ask for recommendation. So, what you would be telling them is that you need a grouting for bathroom floor; bathtub and that distance between tiles is bigger than it should be (measure the average) so you need grouting that will not crack.

I would simply add a layer of grout here and seal it afterward if it were my house. Anything else is going to take a ton of work. Adding a layer of grout and sealing it is one hours work and quite possibly is all you need.

Doing anything else probably requires you to remove the tile from the shower, and this is what I would do at someone else's house, just a little to much work for my house when I can monitor my own shower and I understand that the grout/sealer has a certain % chance of failing. It is kind of like taking you car to mechanic and he says, "that is a $3000 transmission rebuild."... "or I got this transmission cleaner that clears half of these issues up for $50."

This advice is all given that no water is leaking anywhere. So simply clean grout well (use mold cleaner and bleach if needed), give the grout a good scraping in the effected areas (I have used putty knifes for this), slightly wet your grout, add new grout, let it dry 2-3 days, seal it.

4
Is there a way to remove the mildew smell from under tile without damaging the tile?
2
How do I fix squishy tiles in shower floor?
1
Tile shower is leaking
0
Is it possible to use waterproof grout + sealer to fix shower room floor leaks?
1
what is covering the grout in my shower and how do I repair it?
0
Shower pebble tile grout cracking