Huge Bubble When Toilet Flushes, Why?

When I flush the newest toilet in my house there is a massive bubble that comes out of the toilet bowl.

The bubble does not come from the drain, but from the small hole near the front that shoots water into the drain. I don't know what that hole is called, because for whatever reason I can't find a diagram that shows that hole.

Here are some items:

I've seen some sites where people mention a misaligned "small hose that feeds into a bigger hose" but there doesn't appear to be any hoses that fit that description in my tank.

Anyone have any idea what this issue is?

Some Pictures:
The Tank: 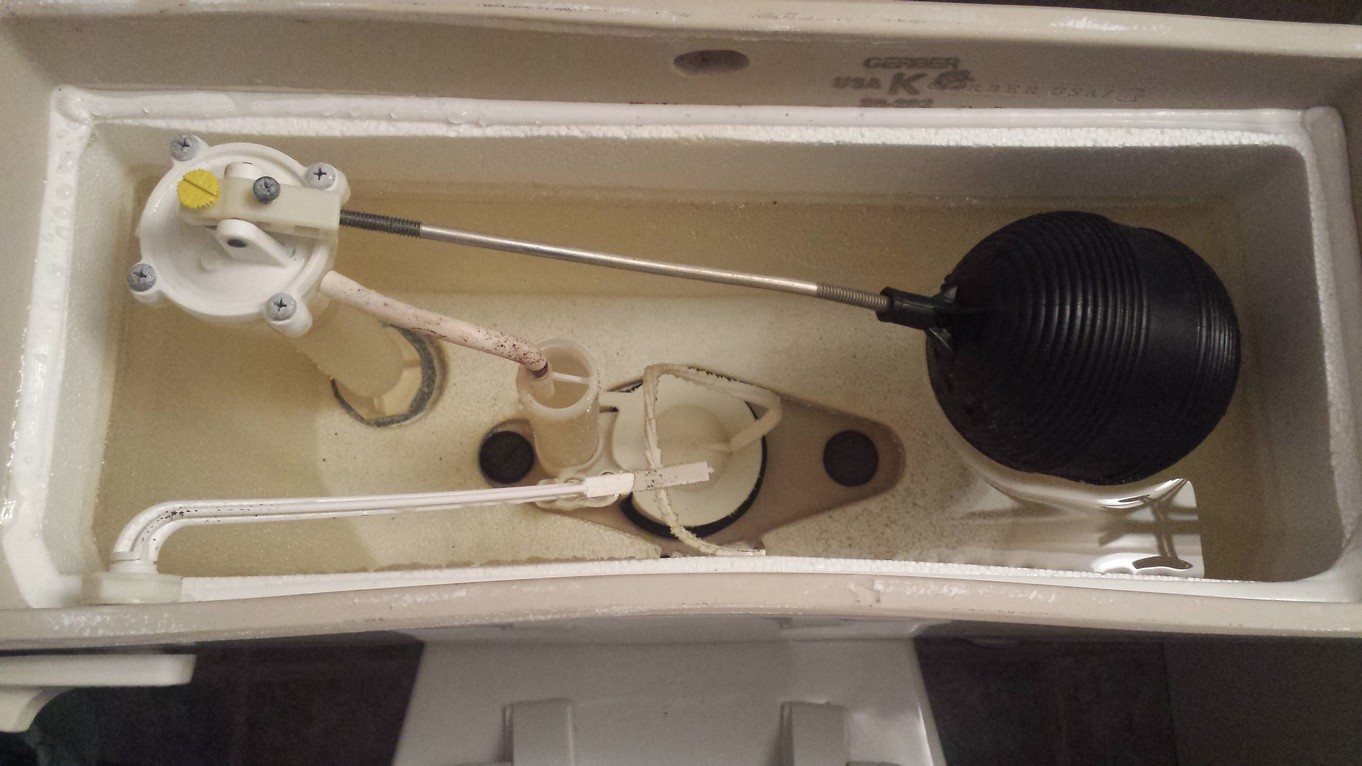 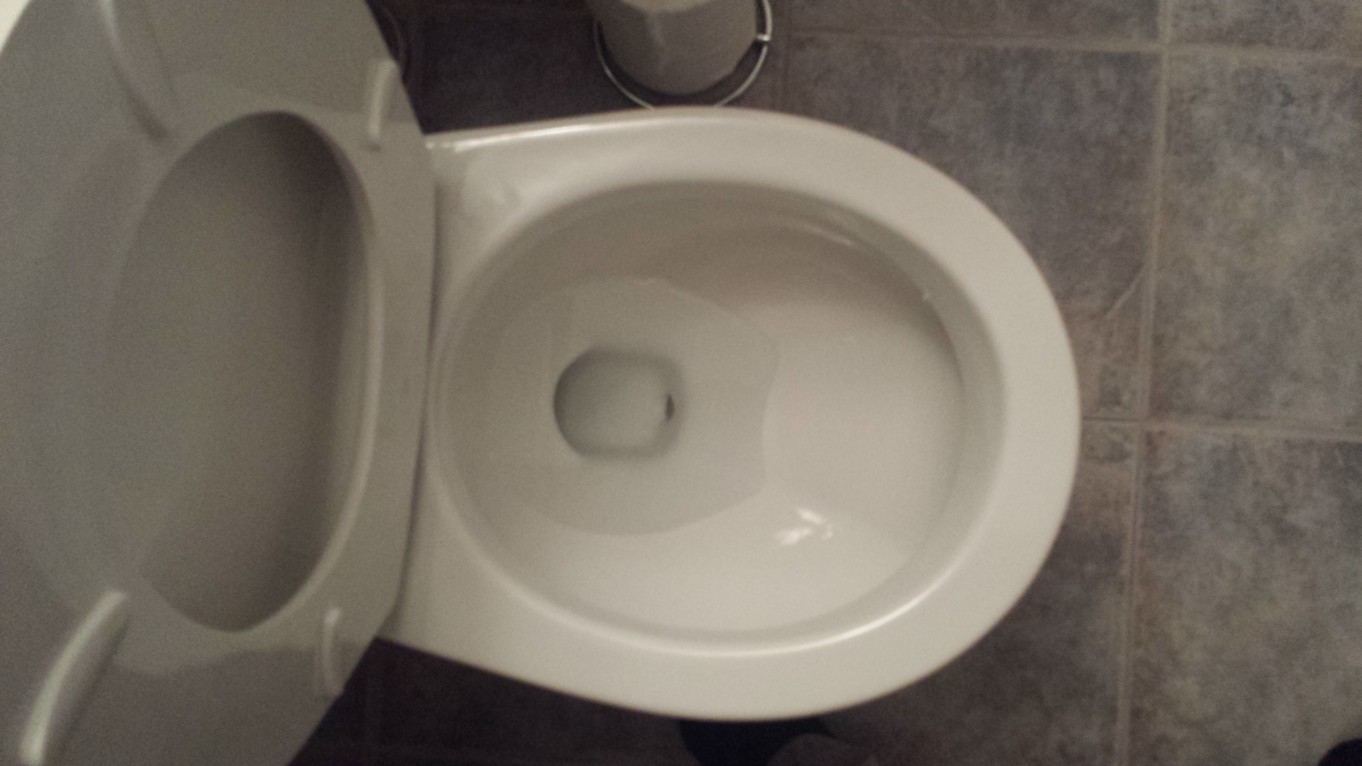 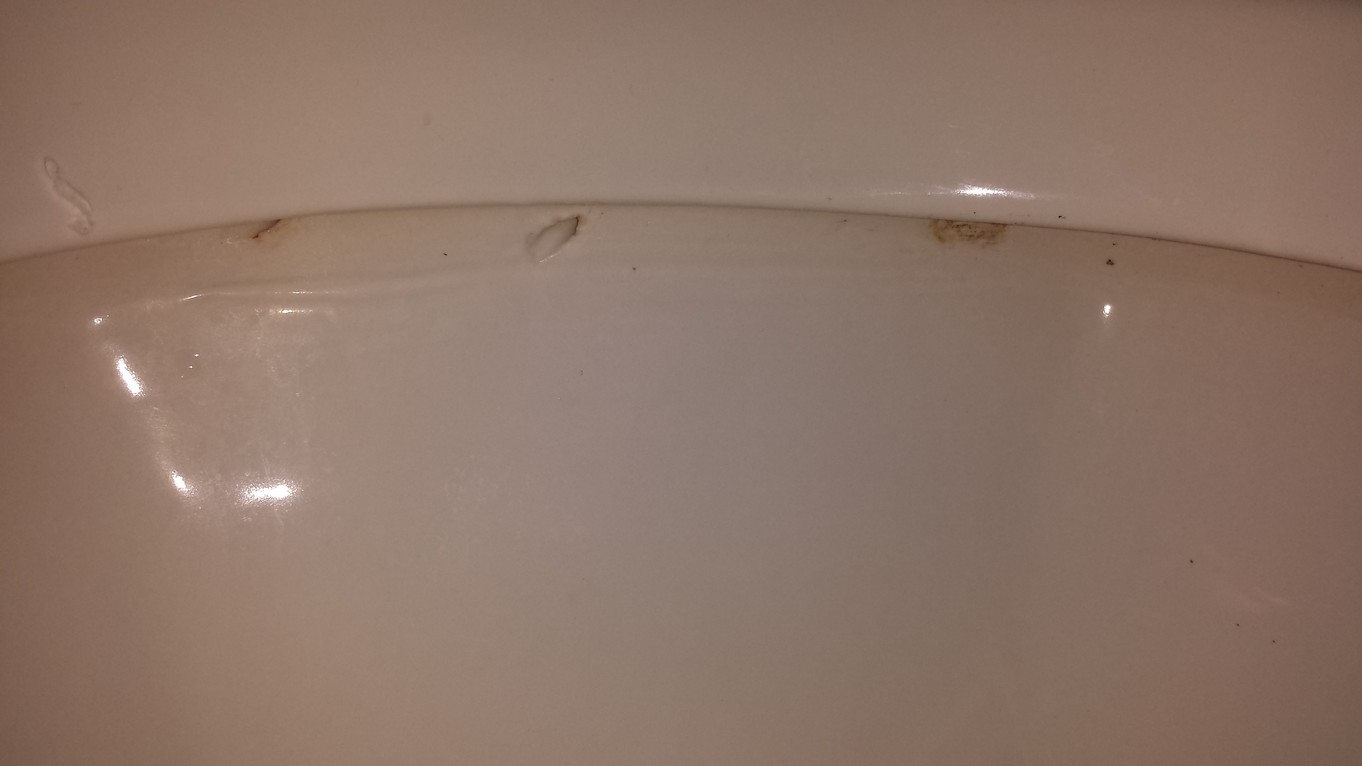 Unfortunately you can't really see the vent that I found to be clogged, it's very hard to see it. The rusty smudge near the top right of the picture is where the clogged vent is. Although, I'm thinking it may not be a vent at all, possibly a crack?

I replaced the toilet with a much better one. An American Standard Champion 4. Now it flushes like a shotgun.

The moral of the story is: don't buy cheap toilets.

The hole in question is a siphon jet. It concentrates flow from the tank, jump-starting the siphoning effect. 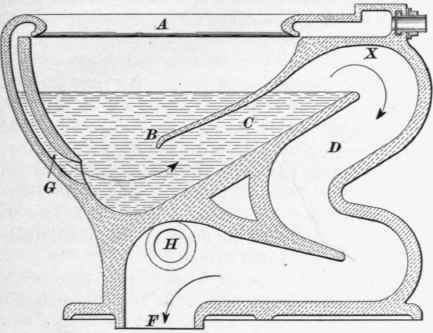 If you look close (I’m not suggesting you do), there’s a siphon jet hole (see letter G on diagram) in the bottom of the toilet bowl. It’s hard to see unless you put your head in the toilet (For the record, I didn’t do this). When you flush, water shoots out of this hole to fill the drain pipe. This creates a siphon.

When I investigated, it was plugged. Eureka! I cleaned it out and once again heard that perfect flush. -tomlaforce.com

See (acid), How to clean under the narrow toilet rim to restore full flush power

When you flush the toilet in the diagram, the chamber directly above the X fills with water. This chamber is connected to the same passage where the air is, above G. It's also where all the holes are and once they fill with water, the air is forced out through G.

A noticed change may be a clog somewhere but perhaps as the guest toilet, you never realized how poorly it preformed out of the box. IME this is typical of low-flow toilets but also of every toilet that hasn't been flushed in a while.

You may be interested in adjusting or installing a chain float which will hopefully allow enough water to flow after the bubble pops, to create a siphon.

I have a $800 designer toilet that has never flushed. The week it was installed we had a major, long-term health issue, so the issue wasn’t addressed for over 3 years (thus the toilet was not immediately returned). Since then I have replaced/customized the fill/release valve three times; taken the entire toilet out, snaked the line, and carefully replaced the wax ring; and run a garden hose down the roof vent pipe. The clue was the big air bubbles in the bowl at the start of flushing. When I read this thread, I flushed, and no water at all came out the jet/siphon hole. I carefully probed it with a small screw diver and it was totally plugged, but hard small chunks of sand/cement/calcium(?) came loose. I then used a 14” plastic snake (used to remove drain hairballs) in the siphon hole and more granular junk came out – about 2tbs. Once I could get the snake all the way in, the commode was immediately able to FLUSH!!! I poured about ½ gallon of vinegar in the bowl to soak overnight and will use the plastic snake again tomorrow. My theory is this plug was from some kind of sand casting process during manufacturing.

25
Why do my toilets flush slowly and often incompletely?
3
How should I clean under the narrow toilet rim to restore full flush power?
2
Low water level in the bowl of the toilet after flushing
0
Quick fix for a toilet that flushes water past the waste material?

3
How to unblock a blocked toilet?
0
Bubble of air out of toilet when flushed
1
Why did one toilet regularly clog, and now another one?
1
I have toilet water disappearing after neighbor flushes toilet
2
my toilet water level goes down when my neighbor flushes her toilet
0
water draining from toilet after flush
0
Toilet doesn't completely flush unless obstructed