How to wire a GFCI duplex outlet with a garbage disposal switch & combo outlet on load?

We moved into a new house last week. I was greeted with a faulty garbage disposal switch in the kitchen. The switch works intermittently depending on how hard it's pressed.

The second issue was the GFCI duplex receptacle on the right of the switch, was not working at all. A reset did nothing.

So I figured I'd replace the GFCI duplex with a new one from the hardware store. After installing that, the new GFCI would not turn on either, despite 120v power to the line terminals (as tested with my meter).

So I disconnected the load wires (pictured on the bottom), and the GFCI started working. The garbage switch continued to work (albeit just as flakey as before). Obviously the downstream receptacle (on the left) that was connected to load (on the right), wont work if it's disconnected.

So I'm wondering should I just replace the switch combo and wire it the same? Or maybe the thing is not wired correctly to begin with. Unfortunately I'm unable to ask anyone about what occurred here.

For reference this is a 2-gang box with 4 wires coming in (actually 5 if you include the ground on the left).

As they say though, a picture is worth a thousand words :) Any help would be great! 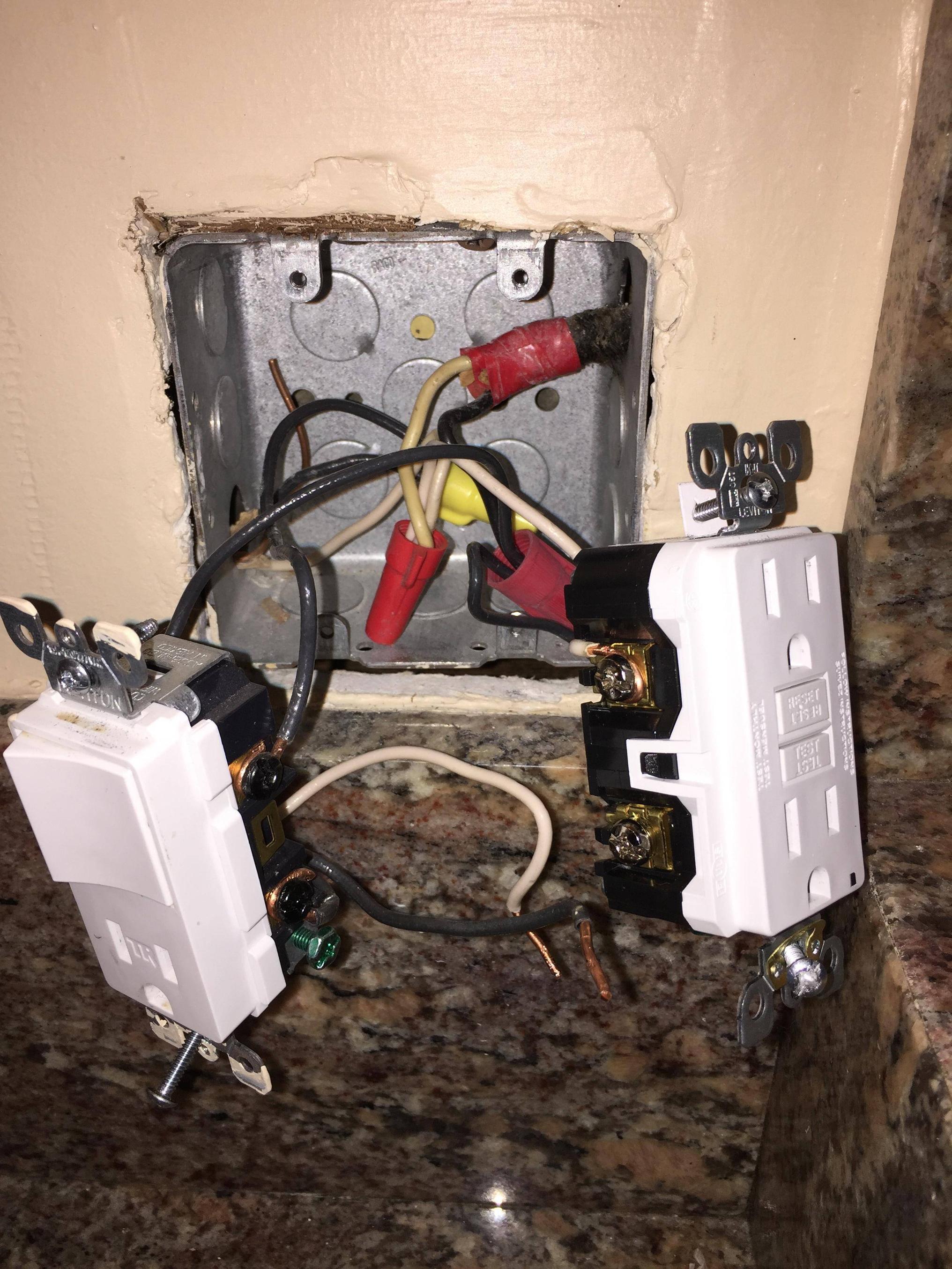 I don't know your "switch/outlet" combination in detail, but I'd guess there might be a connection by default (ie, the switch is tied to the outlet unless you break a tab) that's getting upset by the switch being fed from the line side and the outlet being fed from the load side of the GFCI. In any case, the disposal probably ought to be connected to the load side of the GFCI.

If the switch is the same one that worked or not depending how hard it's pressed, why haven't you replaced it yet?

If you haven't dumped the trash yet the GFCI you removed might work fine, given what you have found with the new one.

GFCI Protection of Switch and Receptacle

If you want to provide GFCI protection to the entire combination device (both switch and receptacle), you'll want to provide a single feed from the load side of the GFCI to the device.

This should provide GFCI protection to the entire combo device.

GFCI Protection of Receptacle only

If you only want to GFCI protect the receptacle on the combo device, you'll have to provide multiple feeds to the device.

Not the answer you're looking for? Browse other questions tagged wiring gfci garbage-disposal or ask your own question.