Trying to hang a ceiling lamp and I can't figure it out.

It's the type where you hook the connector to the ceiling, then push the "cup" (which conceals all the wiring) up to the ceiling.

But there doesn't seem to be a way of fixing the cup to the ceiling, it always dangles by about a centimetre or two. The instructions (pictures only) seem to suggest that you simply have to push it up and I suppose the tension in the cord maybe holds it in place, but it always slides down a little bit.

A suggestion I received from their [Ikea's] telephone help line was that maybe amount of cord coiled up inside the cup was too much and was pushing it out (and I should shorten the cord), but I've even tried pulling it all out so there is virtually no wire left inside, with the same results.

I've tried to diagram my problem below... The blue cup should be against the ceiling, but I can't see any way of holding it in place except the grip the cup has on the cord but that doesn't seem to be strong enough. 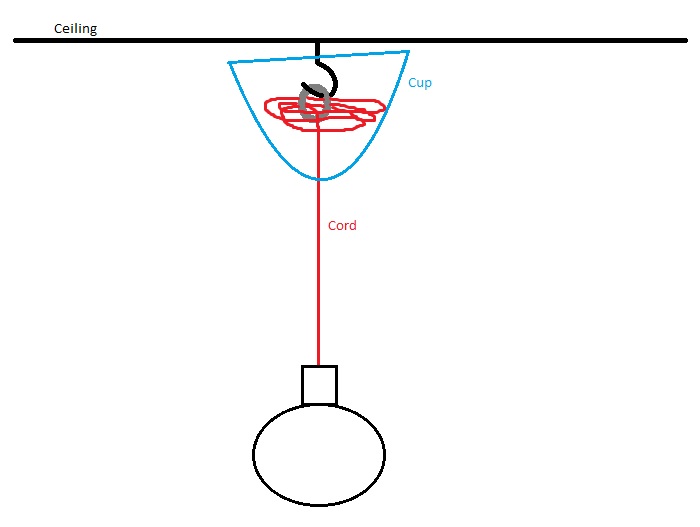 I happened to be in Ikea again a few weeks ago, and noted that not even they can hang the things properly! 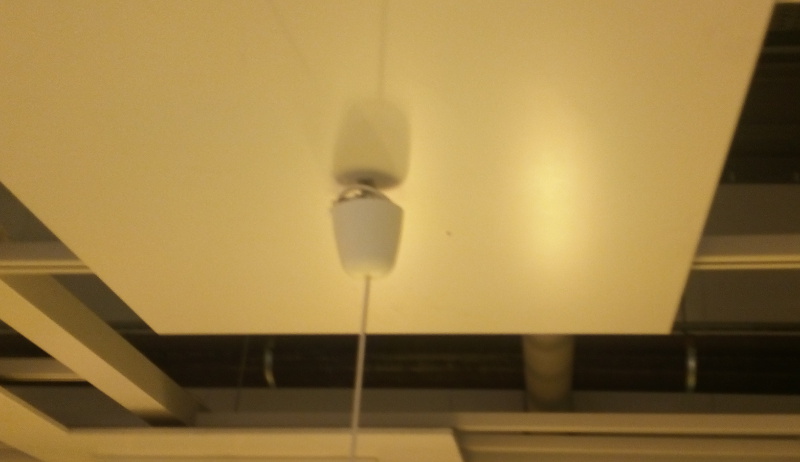 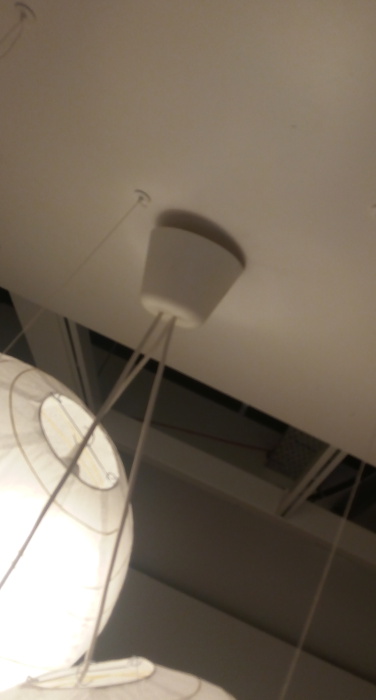 I have a similar Ikea fixture, but it came with a metal sleeve that tightens with a screw--this part sits below the cap, but this light has a rod (rigid, not the cord itself) for this sleeve to work on. 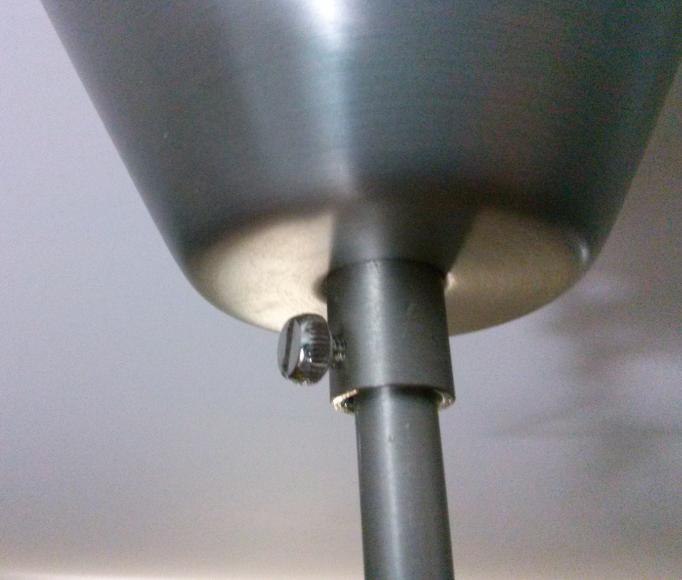 Did you buy it new? If for some reason you didn't have the instructions and therefore couldn't verify if a piece was missing, you can find those here: http://www.ikea.com/ms/en_US/customer_service/assembly_instructions.html I know you can order replacement parts from Ikea, at least if what you need hasn't been discontinued.

Assuming you have the instructions and all the pieces, I think your best bet would be finding a rubber O-ring (or several) which match the cord diameter, and sliding those up to keep the cap up....or using a twist-tie painted to match the cord. Once you have the cap up reasonably flush with the ceiling, you could use clear silicone caulk around the rim of the cup, which can easily be peeled away later if you're renting.

Finally, is the hook all the way in? Perhaps screwing it up further into the ceiling would make the cap go higher.

Not the answer you're looking for? Browse other questions tagged ceiling lamp or ask your own question.

0
Shortening a pendant lamp cord without cutting it

20
How much weight can I hang from a drywall ceiling?
11
What exactly is a PAR type LED lamp, how does it differ from R/BR type LED & CFL lamps?
3
How can I hang a custom lamp from the ceiling by its cord?
0
Non-contact voltage tester can't find cause
3
How do I open this flush ceiling light to change the bulb?
1
Remove ceiling lamp holder to change light bulb
1
Rewiring a lamp, finishing wire ends