Why would two circuit breakers be connected inside the service panel?

I was trying to locate the circuit breaker for an outlet in my garage and found a truly baffling setup. Two breakers control the same outlet (both plugs). After some head scratching, I opened the breaker box and found (see pic) breaker 4 (20 amp) wired to the outlet as expected but breaker 34 (30 amp) wired to breaker 4. Why would this be done? It was obviously intentional and possibly setup for a freezer. Is this safe and in anyway an accepted practice? 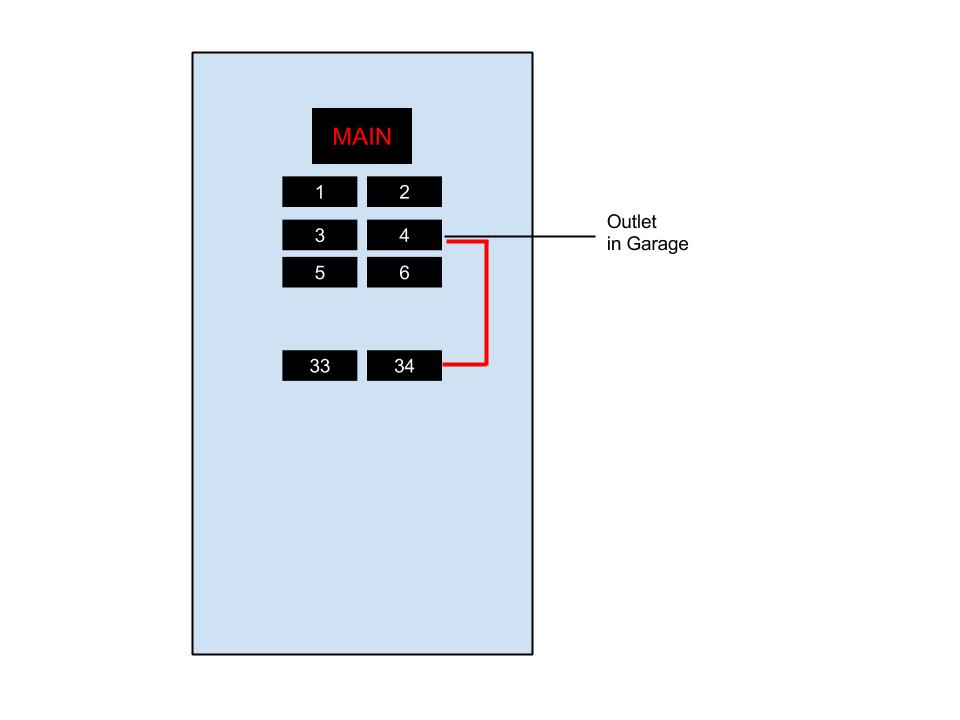 Thanks everyone for the help! I know enough to keep from getting electrocuted and this just didn't meet the logic test. I'll be checking the wiring and hopefully this is the only work they attempted.

My guess is that the guy kept tripping breaker #4 (maybe too many power tools in the garage?) and decided to share the load with another breaker by adding the extra wire. Approximately half of the current will flow through each breaker, effectively creating a 40 amp breaker.

EDIT: in fact it's possible / likely that the wires on that circuit were regularly carrying more than 20 amps. Wherever possible you should inspect the wiring, including all outlets on that circuit, to see if there are any signs of melted insulation or other damage. If you find any indication of heat damage I think it would be prudent to rip out the entire circuit and rewire it, since there may be damaged insulation in the walls just waiting to catch fire.

Alright, now that you found the blatant 240.8 violation:

I'd grab a copy of the 2014 NEC, call up any electrician friends you have, and invite them over for a Code-violation Easter-egg hunt. I think it'll be a blast :D

Uh, NO!!! That was a hamfisted moronic code violating idiot wiring job done by a guy who said "hold my beer and watch this!"

Rip it out and look around for other work this guy may have done while three sheets to the wind.

Two breakers on the same circuit that are not clipped or otherwise mechanically forced to trip at the same time... doesn't seem like a good idea.

Best case: Someone upgraded the wires/fixtures on the circuit to handle the extra load but didn't want to reconfigure the panel.

Worse case: Someone got tired of resetting the breaker and/or unplugging his garage grow op or garage full of beer fridges and decided to burn his house down instead.

Good catch on you. Make some smores before you fix it. Mmm, basement panel smores.

6
How is it possible to get an electric shock even with mains power off?

3
15 amp load trips 20 amp breaker instantanously
1
2 15 amp breakers to 1 30 amp
1
No voltage from breaker even though breaker is good
3
Is one circuit connected to two breakers safe?
0
How to wire a tandem 120 volt, 2 X 15 amp single pole breaker?
0
Do I need to add a circuit breaker to the outdoor panel that powers my RV?
4
Understanding the wiring of 2-Pole Quad Circuit Breakers
0
pool pump wiring size
0
Breaker trips when light is switched on in one room
10
20 Amp single receptacle on two 15 amp breakers?