Load considerations on framing members that are only attached to concrete?

I am building out a workshop space in my basement, and want to put up framing on the walls, as shown here: 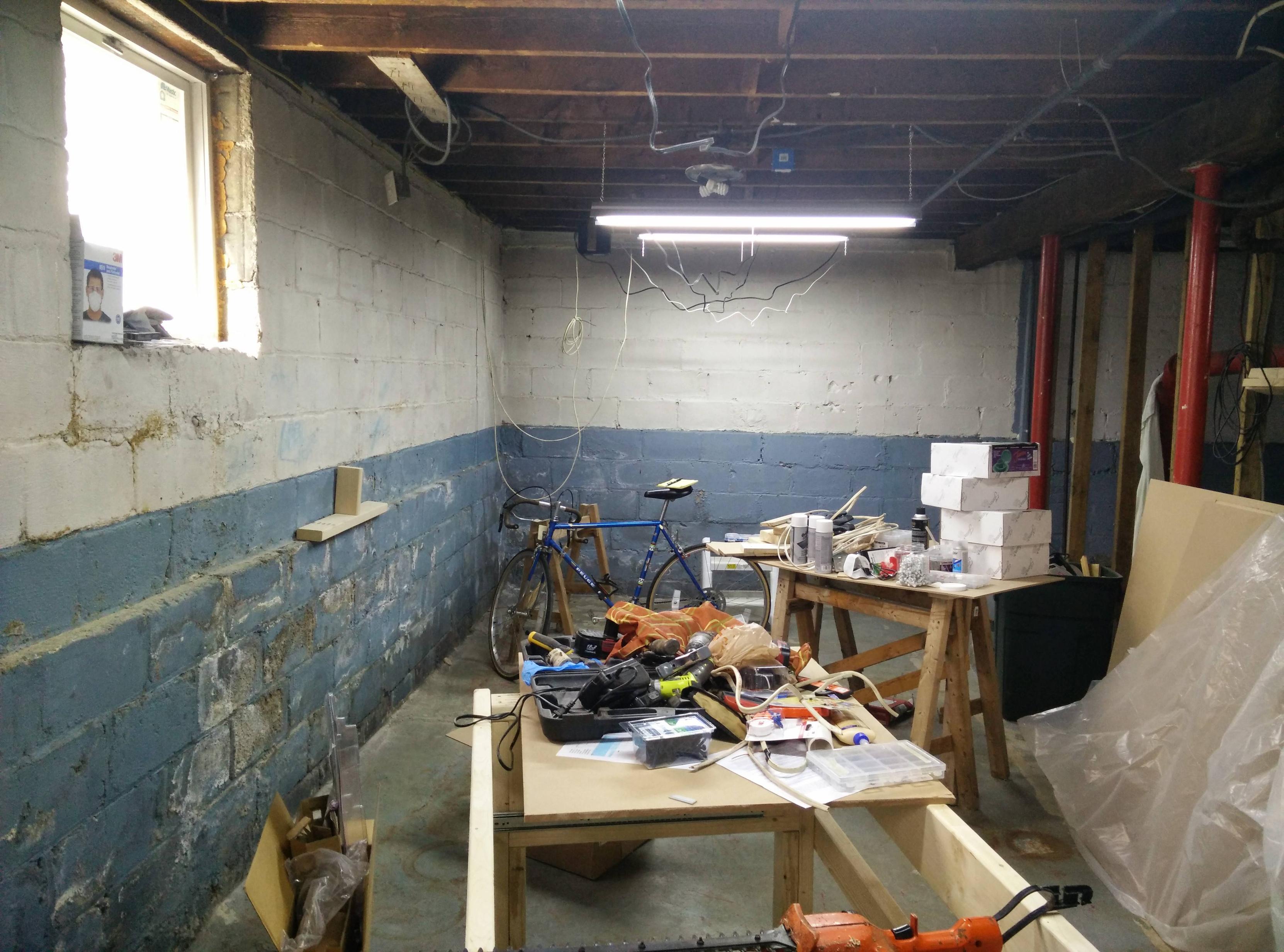 Specifically the left wall and the far wall, both of which have a lip. The foundation blocks are 8" deep (inside to outside) - 2" of concrete, 6" void, then 2" of concrete. Ideally, I would like to fasten 2x3's or 2x4's to the block using appropriate anchors. The framing members would extend from the lip up to near the top of the wall. My research has shown that a Concrete Sleve Anchor such as this: http://www.confast.com/products/concrete-sleeve-anchor.aspx is the best fastener for the job, and is rated sufficiently (1590lbs tension, 3060lbs shear).

How much load can 2x3's or 2x4's attached to concrete block support?

Is this different than simply summing up the fastener tolerances and accounting for safety margin, i.e. 1590lbs / 4 (safety) = 397lbs per stud?

Yes. The 2x's can hold one load, the fasteners can hold another. Typically you specify fasteners based on the actual loads to be held, not on the possible loads each stud can hold.

Does the choice of stud (2x3 vs 2x4) AND the choice of orientation (long side vs short side facing out) matter in terms of supporting this load? If so, how?

Yes and No. The failure mode for a 2x is usually buckling. So putting it flat against the wall would make it stronger laterally by bracing it in the weak direction allowing more load before buckling. But if you brace the 2x laterally via wood and face them out, this is a moot point.

But if you framing walls inside of a fully supported basement, why does any of this matter? The walls are not supporting any other laod than the wall finish. Just shoot concrete nails into P.T. members placed vertical on the wall to fur it in and cover a suitable finish. Maybe I am missing something.

Not the answer you're looking for? Browse other questions tagged framing concrete-block or ask your own question.

5
How can I move a non load bearing wood frame wall?
3
Attaching non-load bearing walls to steel I-beams
2
Screws or nails for securing 2" lumber to overhead joists as fireblocking?
1
How do I properly support the header when expanding a door opening?
1
Mitigating an out of plumb foundation wall
0
What is the purpose of framing a recessed medicine cabinet?
2
Are top and bottom plates required for a furring strip wall?
1
Framing Advice - How to re-frame opening of non-load bearing wall
1
Floating desk on concrete block wall
0
Rough opening..overthinking?