How to stop my washing machine from squeaking?

I own a GE WHDSR316G2WW washing machine. It was whisper-silent when new, but after a few years and several off-balance loads, it developed a persistent squeak that seemed to happen mostly when the motor would change direction while agitating a load.

Yesterday I finally got around to changing the drive belt, and that helped a bit, but the squeak's still there. While I had the machine apart, though, I found the source of the squeak. There are two metal tabs that, when the tub is filled with water and riding low, rub against the inside bottom of the washer shell: 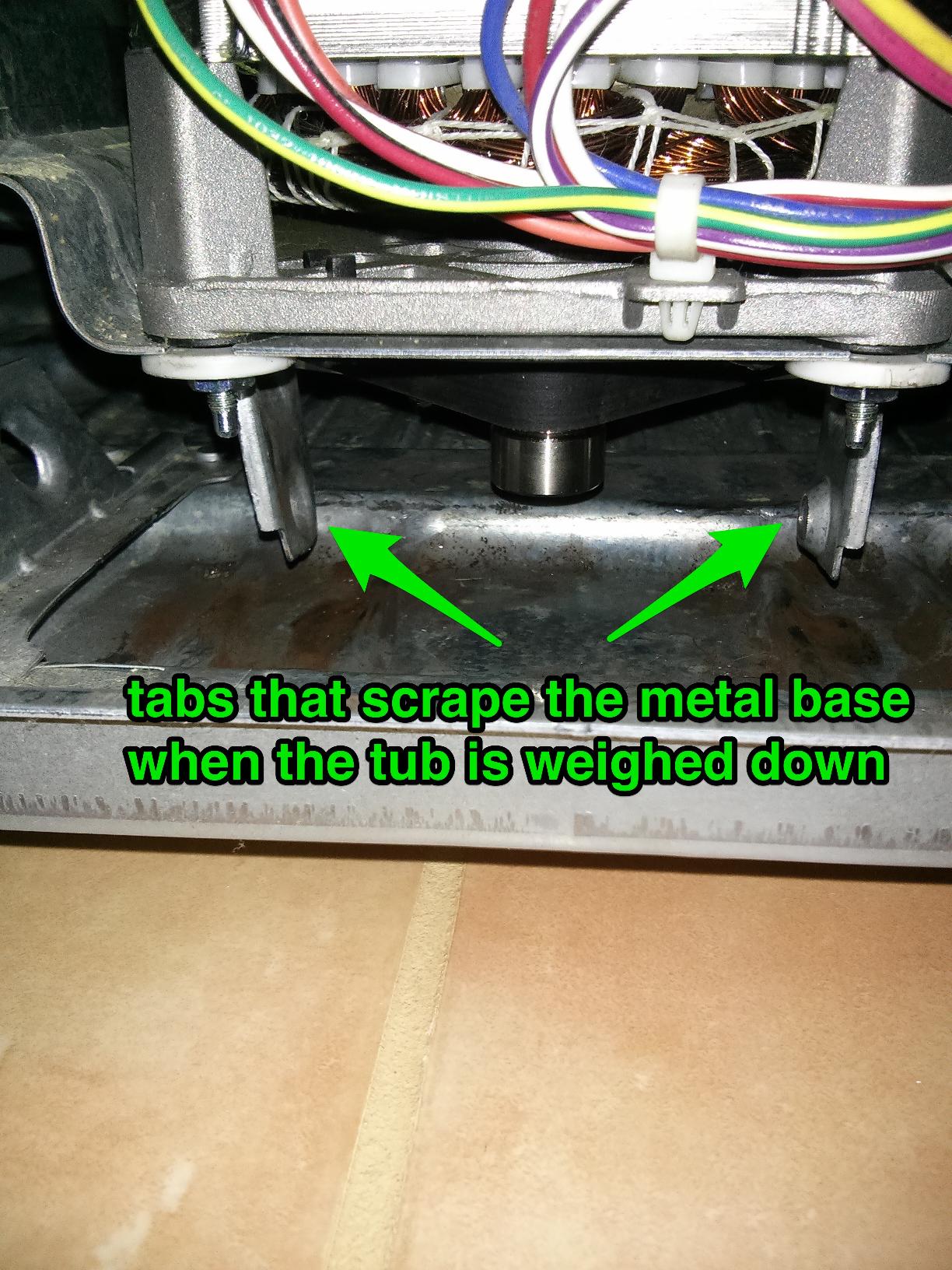 Here's a wider view for context: 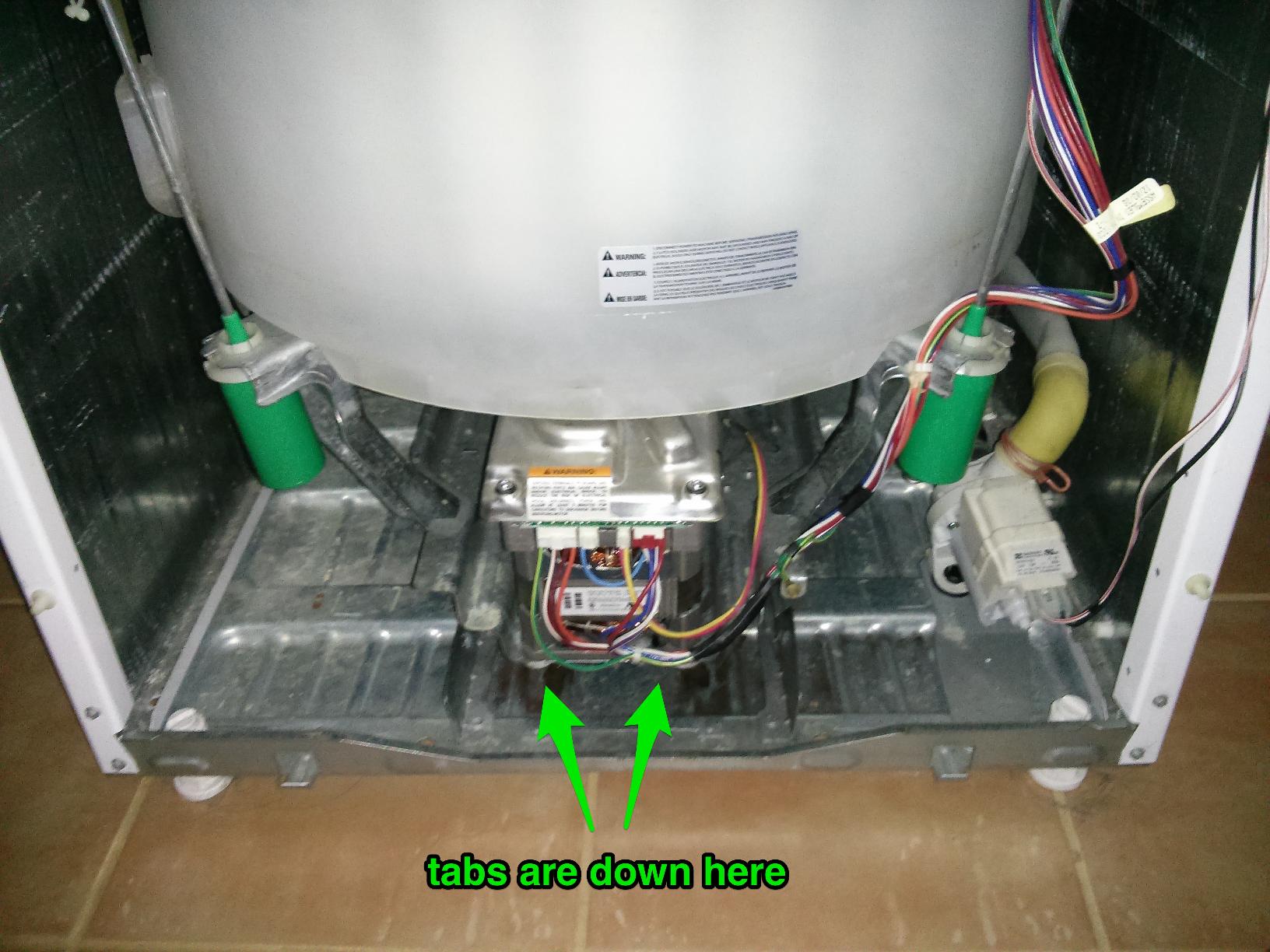 I'm not sure about the purpose of these tabs, nor why they didn't squeak when the washer was new, but do now. In any case, I can think of a few possible quick fixes:

Is there a proper way to handle this - maybe just another common maintenance chore that I'm missing? Can I tune up or adjust the tub's suspension to be firmer and thus ride higher to avoid bottoming out on these tabs? Any other ideas?

congratulations on your choice of machine - it was sold by sears, even if you did not buy it there, they have parts, unless you find them somewhere else on line.

On to this page

RepairClinic, my favored appliance parts place - this week has the part for $23.40 http://www.repairclinic.com/PartDetail/Suspension-Rod/WH16X544/278886

Since the entire motor assembly is supported by those springs, and the weaker the springs get, the closer they get to scraping the motor mount on the bottom of the washer pan.

Not the answer you're looking for? Browse other questions tagged appliances washing-machine noise squeak or ask your own question.

3
Why won't my washer spin even though it still agitates?
0
Stop bath squeaking
4
Stainless Steel Washing Machine Hoses
0
Is my washer clutch in need of replacement?
2
Is it normal to have water left in front loading washing machine after the cycle?
1
Washing Machine Stator Wire Harness Melted
3
What causes a washer to spin slowly but is resolved by manually moving the basket around?
2
Old washing machine trips 20 amp GFCI outlet but never trips 20 amp breaker: ok to install 30 amp GFCI outlet?
1
How are washing machine intake valve solenoids controlled?