How do I wire this switch/outlet combo?

This 5 minute task has kept me busy for an hour. Old switch/outlet combo melted. Replacing with gfci combo. 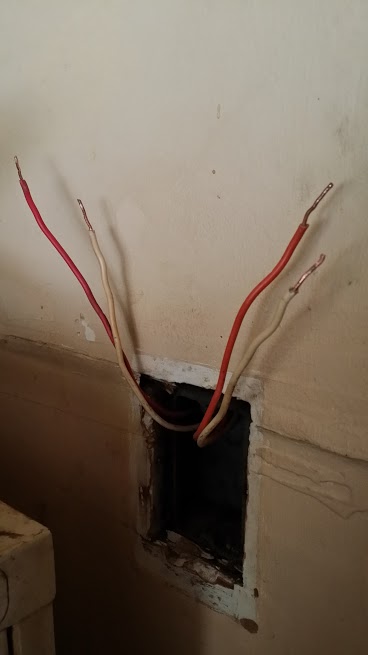 Strangely, this outlet says its load and line are flipped, with the line on top instead of the bottom. 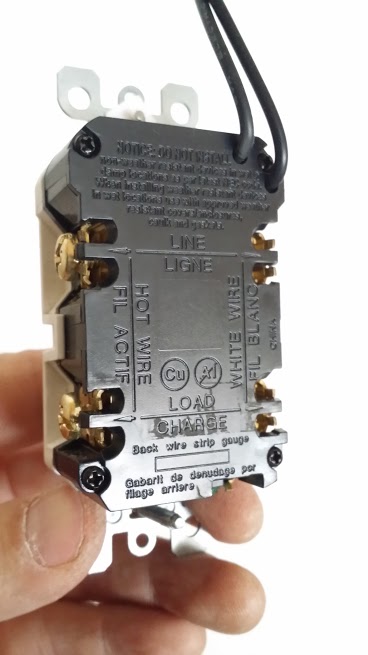 Wiring this way got me a dead outlet. Wiring with the load on top got a green light, but it won't reset and light won't turn on. 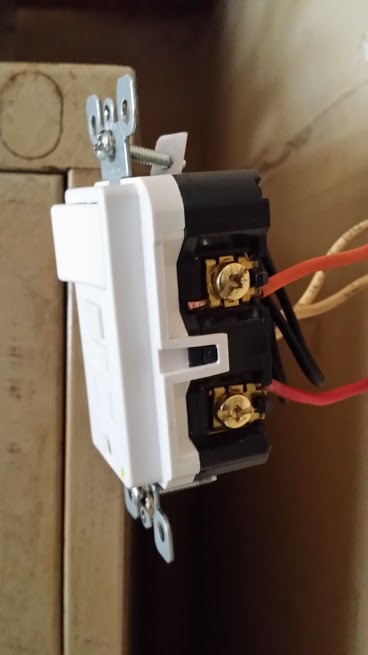 When running just the line ( red / white ) pair to the bottom posts, I get a green light, but it won't reset and no power.
https://docs.google.com/file/d/0B_FzlcEZYP_PX25GT2o0NUl6b2c/edit?usp=docslist_api

Note that this is the bottom terminals, because all the diagrams I've seen show the line at the bottom, load on top, and if I run them to the top, I get a dead outlet. No green light, no power, won't reset. If the green light is an indicator of anything, it would appear that the bottom posts are closer to the truth, although it also appears that this outlet can't handle the truth...

What this thing is

It is a triple GFCI, switch, and receptacle.

The onboard receptacle is hardwired internally to be on the protected side of the GFCI - no choice there.

It is also a switch. The switch does not have any terminals. It has 2 wires. The switch shorts the two wires. That is all.

Don't even think of hooking up all the wires at once and having it magically work. It won't.

First, hook up exactly 2 wires (plus ground, I won't mention ground again). 2 wires only. Only to the "LINE" terminals. This will power up the receptacle only, and will do nothing for the light.

Victory is defined by the receptacle working, the neutral (tall) pin on the receptacle being near ground potential (no neutral/hot reverse) and the TEST and RESET buttons both work. (if they don't work, you messed with the LOAD terminals! Naughty naughty!)

Now there should be 2 loose wires coming from the wall. Those are switched-hot (black or a color) and neutral (white) to the lamp. We switch hot, so wire-nut the switched-hot from the lamp to either one of the black wires from the switch. That was easy.

Two wires still dangle unattached. One of them is neutral to the lamp. The other is always-hot from the switch. (it becomes switched-hot at the switch.) They are coming from different things, but functionally, they're a matching pair. What do you do with an always-hot/neutral pair? Connect them to a matching hot-neutral supply pair.

And look what we have on the GFCI's "LINE" terminals: always-hot and neutral.

Once that is done, victory is defined by the light working off the switch. And the GFCI not tripping unless you push the TEST button or plug something into it.

Oh? You want to GFCI protect the lamp as well? People often don't bother... but sure, why not. After all, there is a GFCI device right here, and it certainly is capable of protecting downstream loads. It has a matching pair of hot and neutral terminals for that exact purpose: the LOAD terminals. The ones with the tape that says "... really know what you're doing."

Since you understand "matching pair of hot and neutral"... close enough.

Connect that pair we discussed to the GFCI's pair of LOAD terminals instead of its pair of LINE terminals.

If you want to see what a GFCI does, then hopscotch them: connect the hot to LOAD and the neutral to LINE or vice versa. It's wrong, but it'll give you an education.

Once it's hooked up correctly, and the GFCI trips, what does this mean?

From the symptoms you described, it could be one of three things, as you had it wired correctly the first time around:

UPDATE: Based on your additional information -- I'd try flipping the switch first, then if that doesn't get your outlet on, I'd swap it for another one

First, verify that your red/white pair is the line by connecting it to the line (top) terminals on the device. Cap the orange/white wires and energize the circuit. The outlet should work, possibly after pressing the Reset button.

The load terminals will be unused, and they are used for downstream devices that require GFCI protection.

If the light does require GFCI protection,

How you wire it up, depends on whether or not you want to provide GFCI protection to the load. This answer will show you how to wire it up in either case.

With this arrangement a receptacle, switch and disposal are protected with the ground fault breaker built into the device.

Not GFCI Protecting the Load 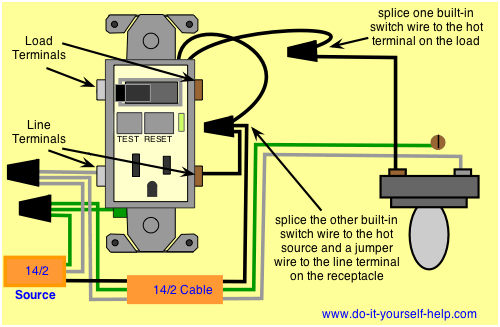 With this arrangement the receptacle is protected but the switch remains outside the circuit. This arrangement can be used to control a light or other device where the extra protection of a gfci is not necessary.

Make sure you follow the labeling on the image, and not base your connections on "top" or "bottom" terminals.

Not the answer you're looking for? Browse other questions tagged wiring gfci receptacle or ask your own question.

8
How do I wire a GFCI/Switch Combo?

8
How do I wire a GFCI/Switch Combo?
0
How do I wire this GFCI receptacle/switch combination device?
2
Puzzled installing combination GFCI outlet/switch to replace switch in old house
0
Is it possible to wire switch outlet combo on switch loop?
0
How can I switch my standard outlet to a GFCI?
0
How to install GFCI combo switch and outlet with only 2 wires
0
Light switch to switch/outlet combo
1
Why is the load circuit on my GFCI outlet dead?
0
Wire Line to GFCI Switch Combo to Outlet