How do I rewire this ceiling fan?

Hi someone was cleaning the dust off a ceiling fan in my house today and the screw broke off from the ceiling so we had to take it apart to fix it.

Also the fan has two pull cords one of the light and one for the fan. It also has a switch on the side I guess to turn it off since the fan won't spin when its pushed to one side.

Are we doing something wrong? We thought of trying the blue/black from ceiling fan to the black on the ceiling since the black is working for the motor but we aren't sure if that was dangerous to try.

Also the fan is a Harbor Breeze brand unit.

The wiring from the fan. 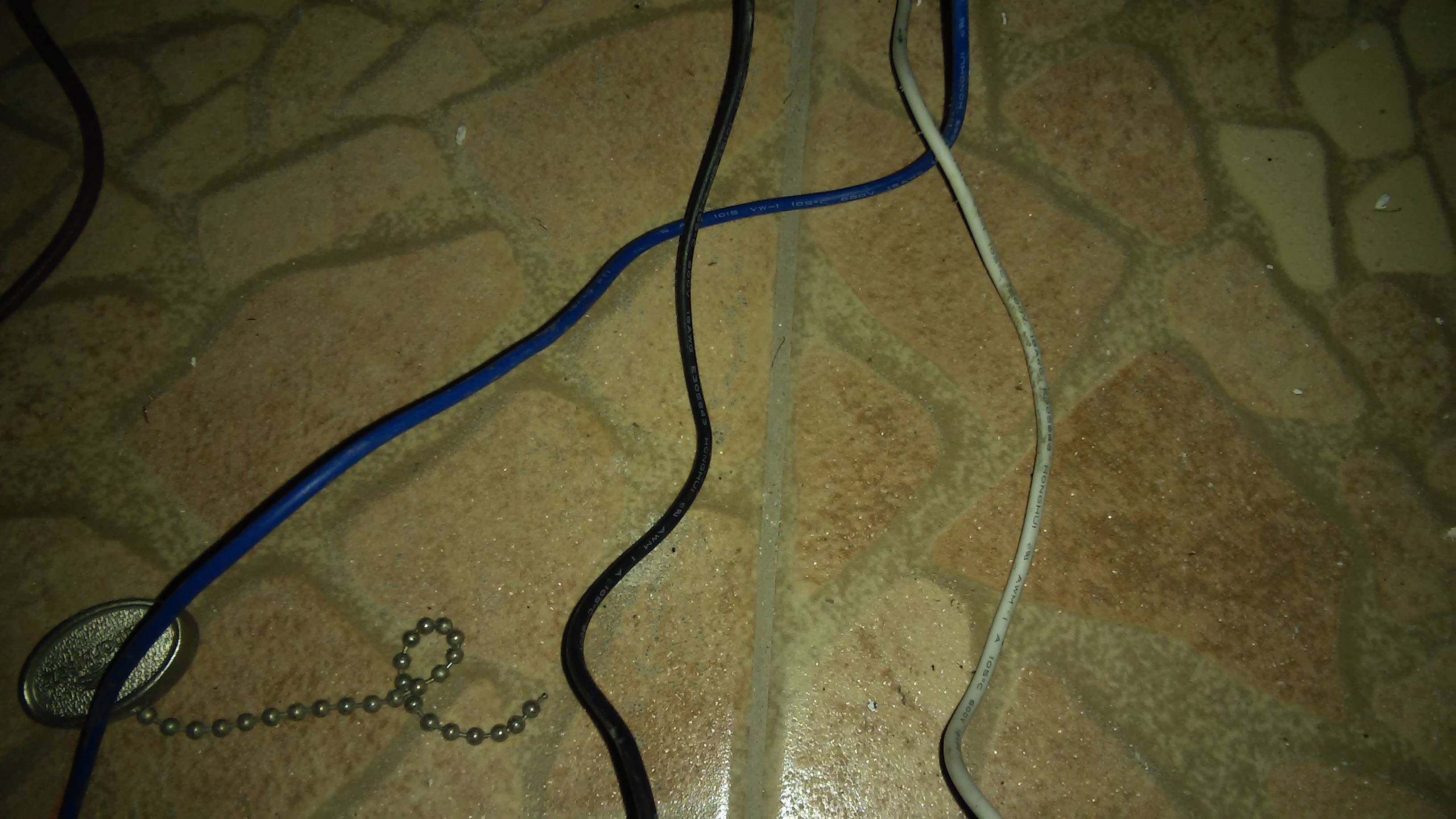 The wiring from the ceiling. 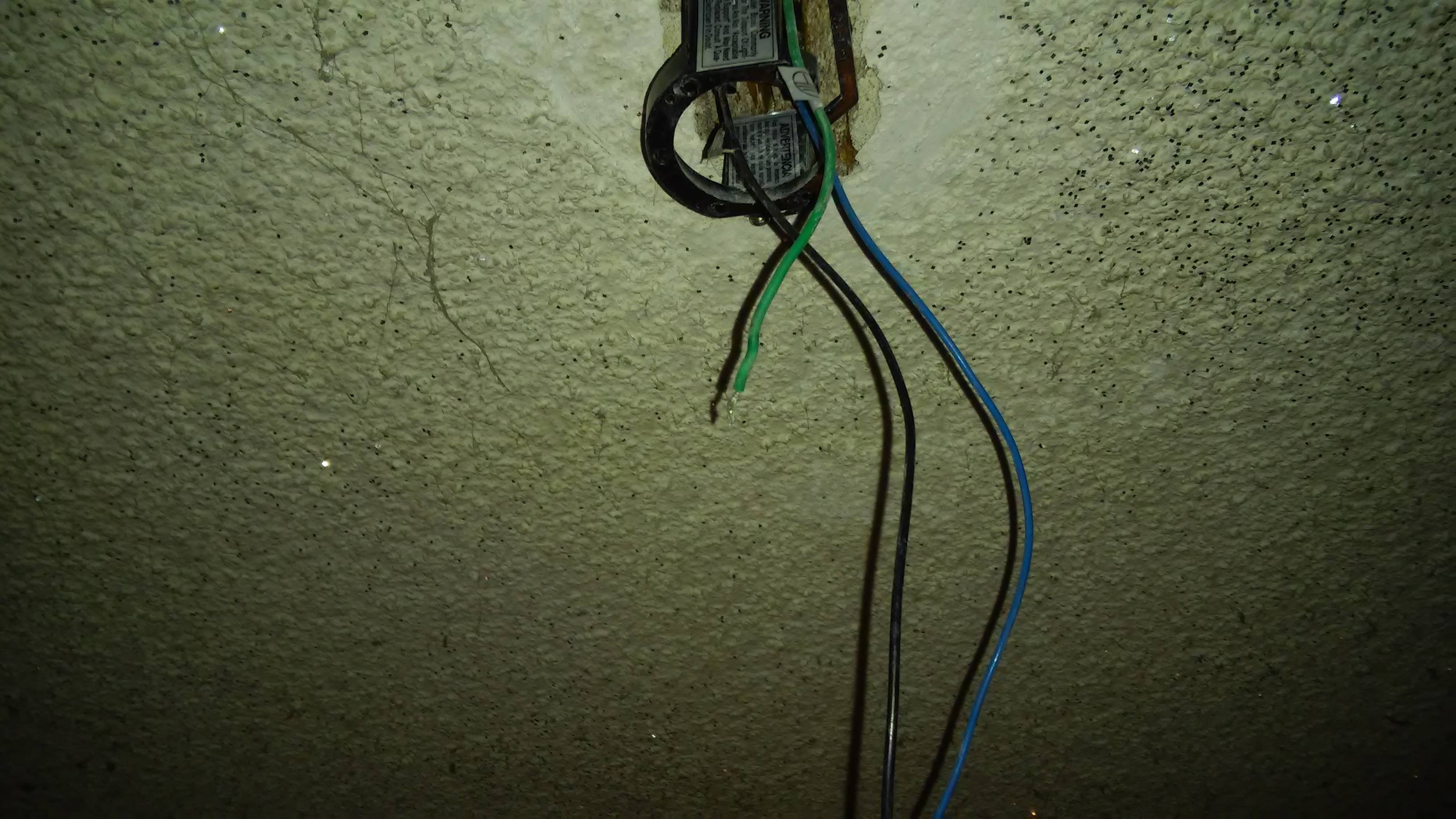 Also here is a closer picture of the green wire its only connected to the screw on the bracket on the ceiling. I don't see anywhere it goes on the ceiling fan. 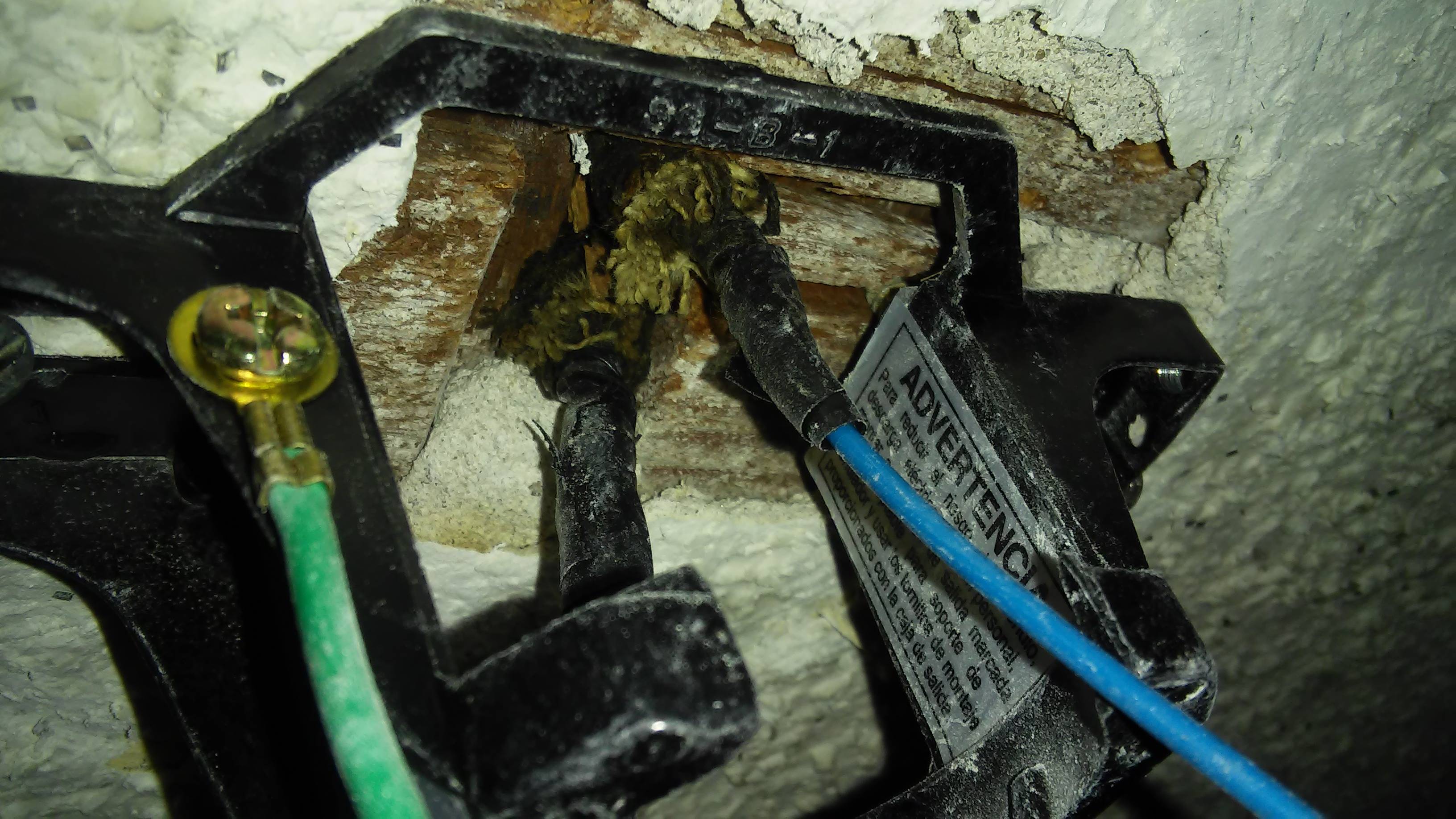 TL;DR: Whoever installed your ceiling fan had some terminal screws loose

The good news is that the green wire is unmistakably tagged as an equipment grounding conductor, and was likely not the current return path in the original wiring configuration. The bad news is that whoever originally wired this did a hack job, deciding to use some blue wire they had left over from the last hack job as a neutral wire (grounded conductor), which grossly violates NEC 200.6(A):

(A) Sizes 6 AWG or Smaller. An insulated grounded conductor of 6 AWG or smaller shall be identified by one of the following means:

(3) Three continuous white or gray stripes along the conductor's entire length on other than green insulation.

Not the answer you're looking for? Browse other questions tagged electrical wiring repair ceiling-fan or ask your own question.