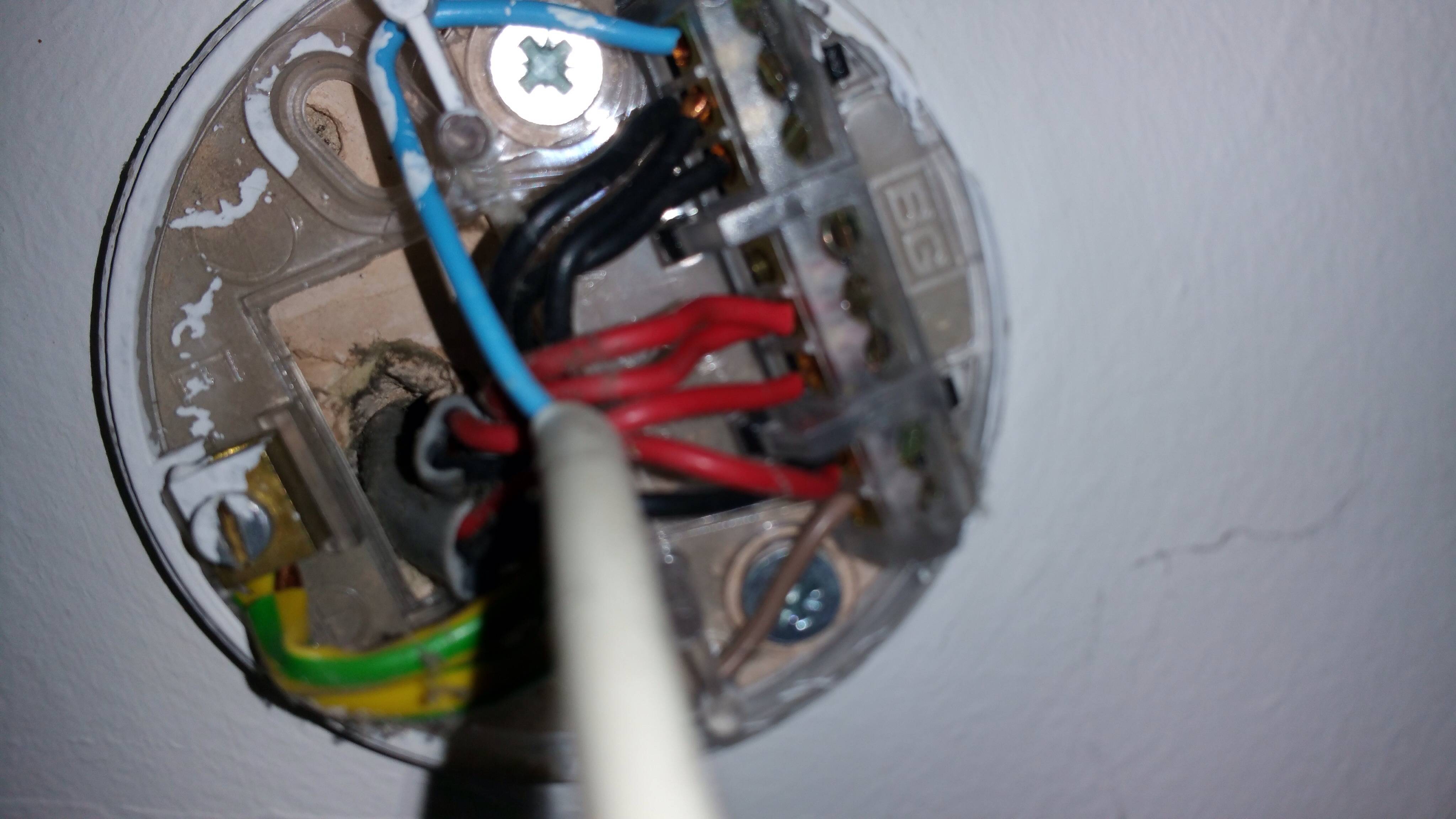 Please could you advise me, why isn't second ceiling light working? Two lights and two switches, power does not appear to be going to second light, both switches are working. Have I wired first light which has three cables coming out of the ceiling incorrectly?

Hi. Landing ceiling lights one at either end of the corridor, two separate switches (one at each end of corridor) that work both lights. One light doesn't appear to have any power, possible wired the light as shown in picture incorrectly

Browse other questions tagged lighting ceiling switch or ask your own question.