How does this power outlet configuration in my new home work?

I just moved in to a new home I'm renting to find this, near where a TV would usually be installed.

This is near TV height, under a TV mount that was installed by the homeowners. 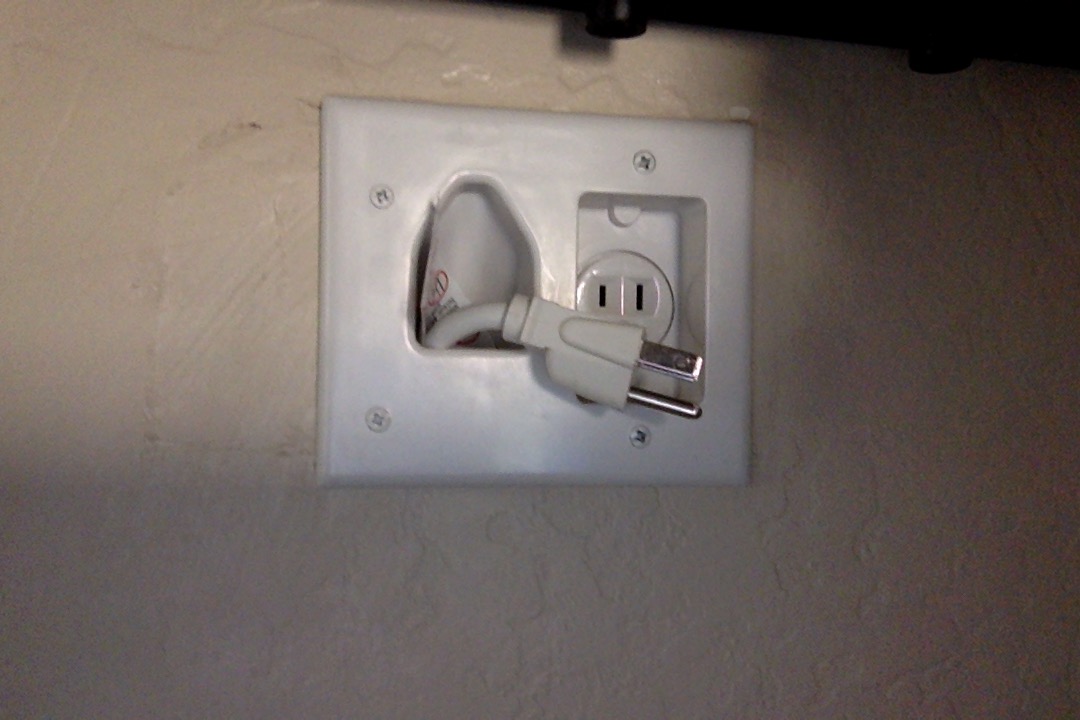 And this is on the bottom near the baseboards. 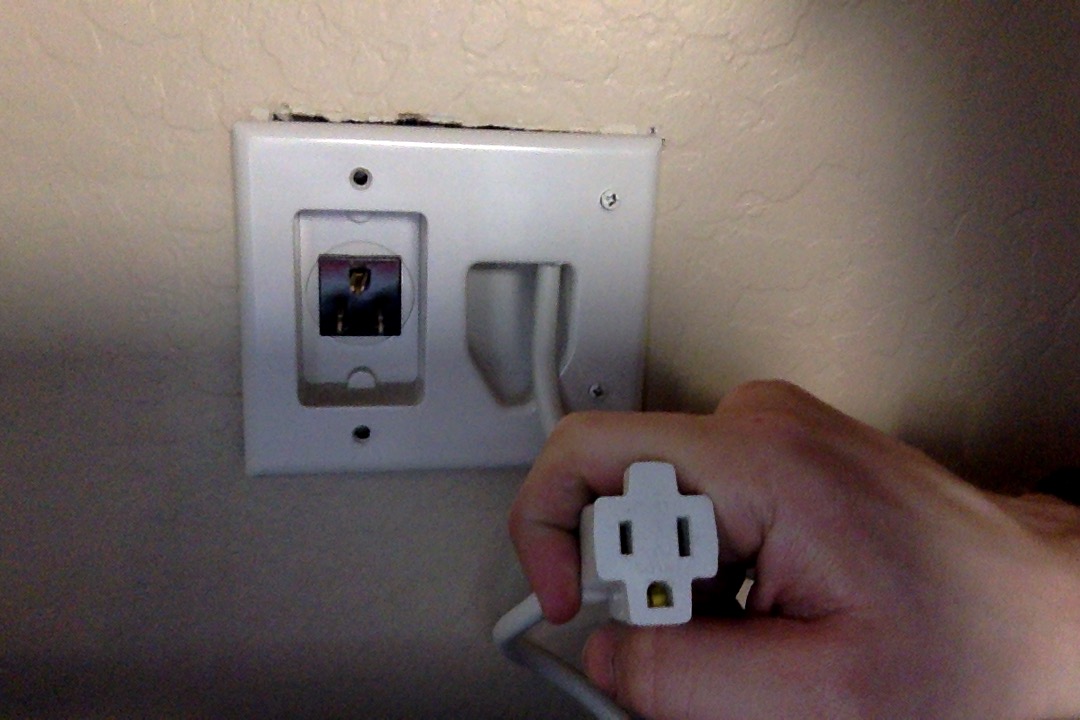 When we arrived, the white power cable was plugged in to both ends.

I took off the faceplates, and it seems that BOTH outlets are wired to the mains, but I can't get power from the one on the top, and I don't have a multimeter with which to test them.

If I wanted to use them correctly, how would I?

I've seen installations like this before, and I think you're missing a piece of the puzzle.

First step, is to get that cord out of the wall.

I'm not sure if this is how your setup is wired, since you say the receptacles are connected to the mains. But this is how a typical Installation works.

Plugging the cord in as described above, should supply power to the upper receptacle.

If I wanted to use them correctly, how would I?

I'm still confused about the details but this part I can answer.

These types of wall plates are used to hide the wiring for wall mounted TVs. You have an outlet behind the TV so that you don't have a power plug running down the wall and you have an opening that allows access to the stud cavity behind so you can run low voltage wires (HDMI, coaxial for cable or antenna, network, digital audio, speakers, etc) behind the wall down to the corresponding outlet in the lower mounted faceplate.

Next to the opening on the lower faceplace can be a number of different fixtures. Either an electrical outlet or video, data or voice jacks.

The outlet would be for things like DVR players that may be on a shelf or small cabinet.

The cable pass through holes are not intended to be used for mains power and as Tester has indicated it is not wise to use it for that.

I can't tell from your picture if the bottom receptacle is a combination coax/network or a male 110 receptacle.

If it's a male 110 receptacle that doesn't make any sense why it would be connected via extension cord to the other outlet. The only thing I can think of is that the both outlets are supposed to be on the same circuit but somehow the connection between the two was broken which may have resulted in other fixtures further down the circuit not operating. That's just a guess but the only reason I can think of why it would be like that.

There's no reason to have a male 110 near entertainment equipment. My advice would be to get an electrician to sort things out because when people do strange things like that it's frequently a temporary fix for a more serious problem.

13
How do I troubleshoot power receptacles?
1
Can I install a new outlet here?
7
How is power to an entire room restored by plugging something into an outlet in an adjacent room?
0
Taking power from double light switch to GFCI outlet
0
Is this GFCI shot?
0
Why does this switch trip the breaker?
3
What is the proper way to power an in wall monitor for a new construction home?
1
Troubleshooting: Why does my multimeter not work when a non-contact volt detector shows current?
4
New GFCI outlet; green light is on but no power
2
Can I power a two-phase home service with a single-phase generator?