TL;DR: AFAIK there are no joist hangers that can be retrofit in a location where there's an existing ledger board without removing said ledger, right? Is there anything I should think about aside from adding blocking between joists, given the existing structure?

I have a house built in 1910ish. I think there were some fairly significant modifications to the structure early on. In any case, most of the 1st floor joists are riding on ledger boards.

Some of the joists have twisted or shifted (or both) over time. I suspect this is because of an external, shifted retaining wall (it's slated to be replaced too) and because of a significant area of water/insect damage that was repaired in the past. Some of the joists have, of course, split horizontally where the notches were made, and there are four or five in one corner that have pulled away from their attachment at the sill beam. (I haven't figured out quite what to do about that. It doesn't look like it's moving now, so I suspect this is a consequence of the insect and water damage in the past.)

Some searching online does not suggest to me that there are joist hangers designed to work around existing ledger boards (but I solicit pointers). I don't know it would even be possible to remove the ledger board without affecting the structure pretty badly, so I don't think that's the way to go. (This is just some stabilising work I'm trying to do, not a gut job, so I don't want to rebuild everything.)

I'm now thinking that putting blocking between the joists, to reduce the tendency to twisting, is all I can do. Am I failing to think of something obvious? 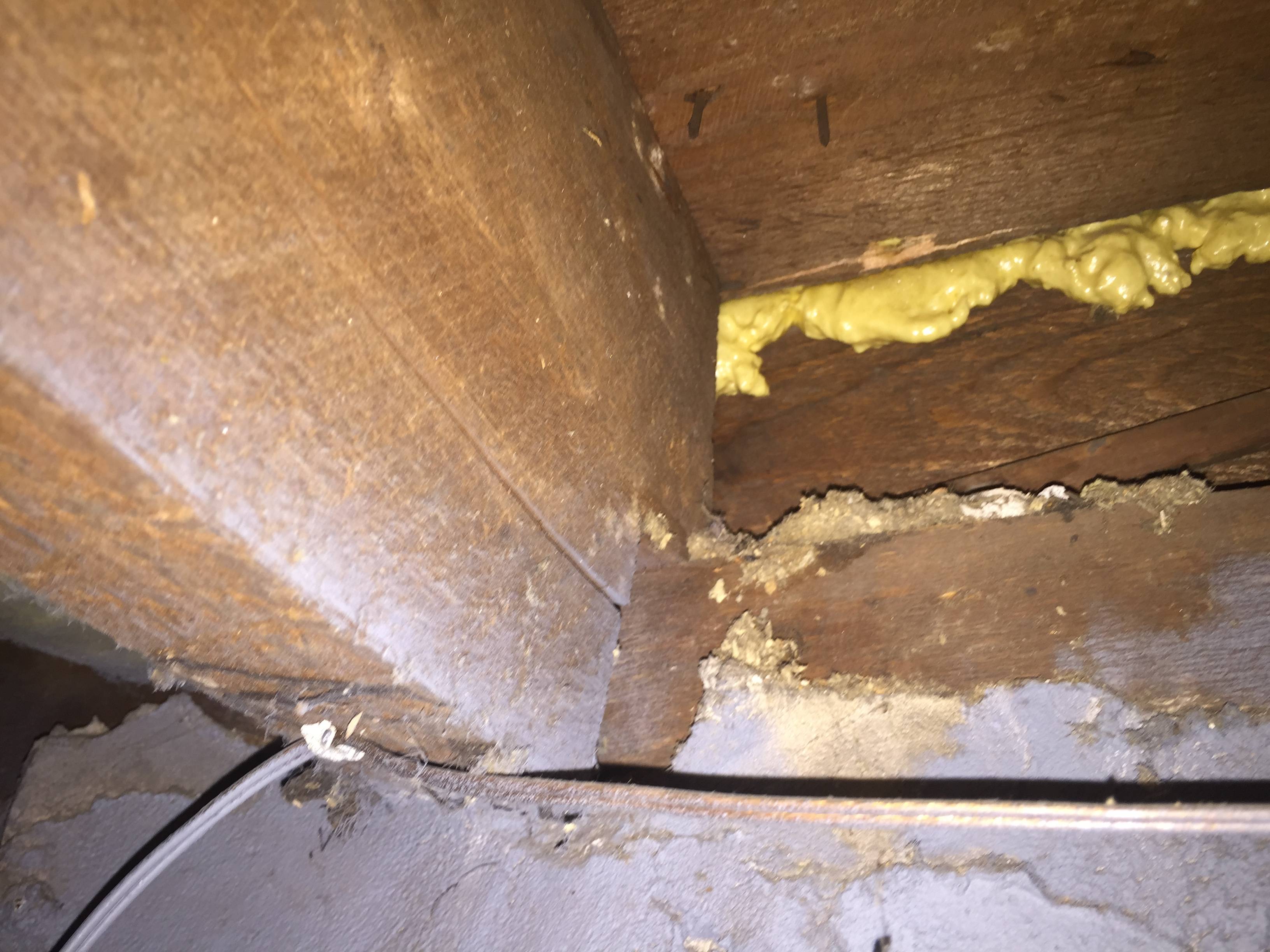 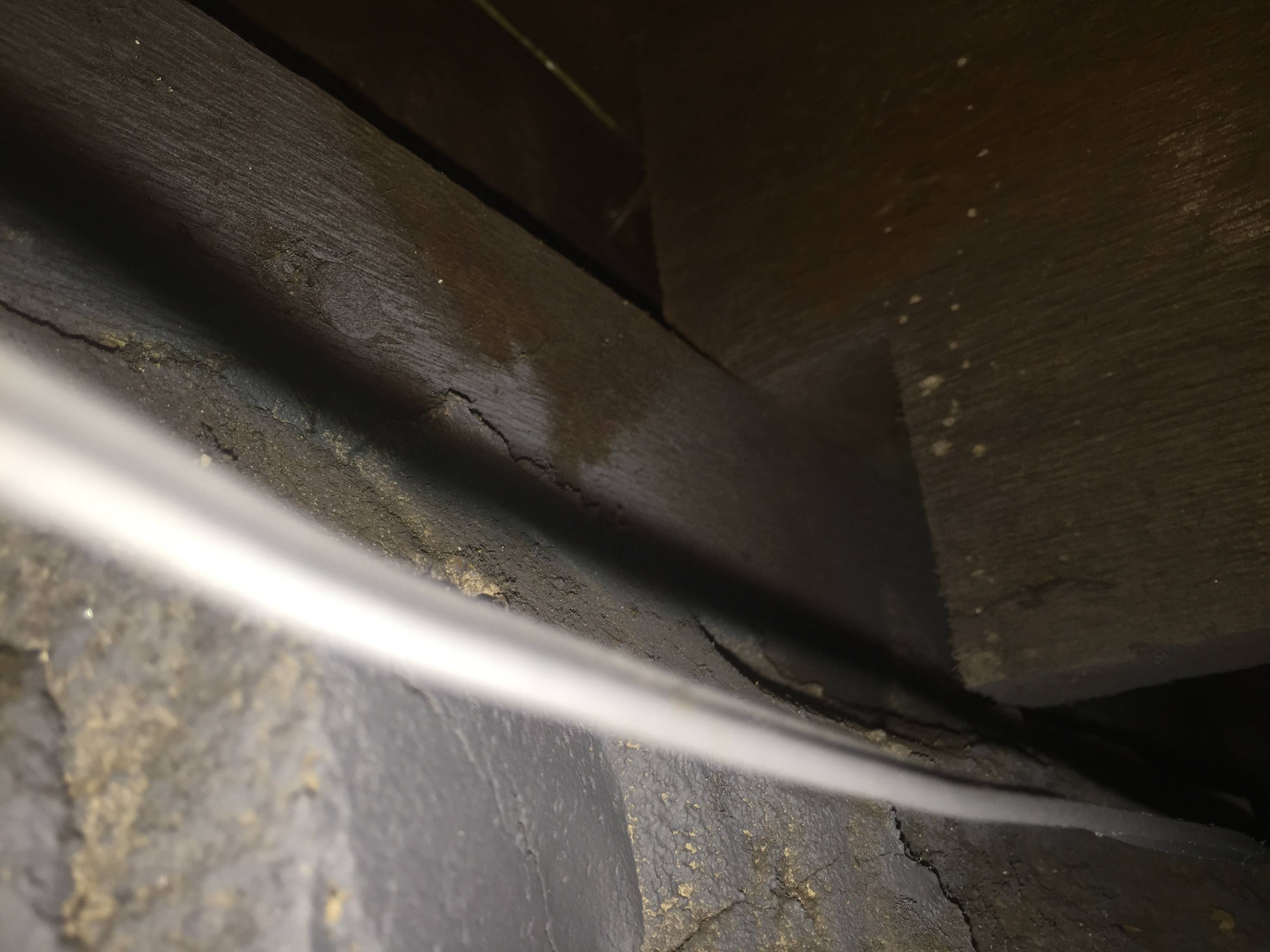 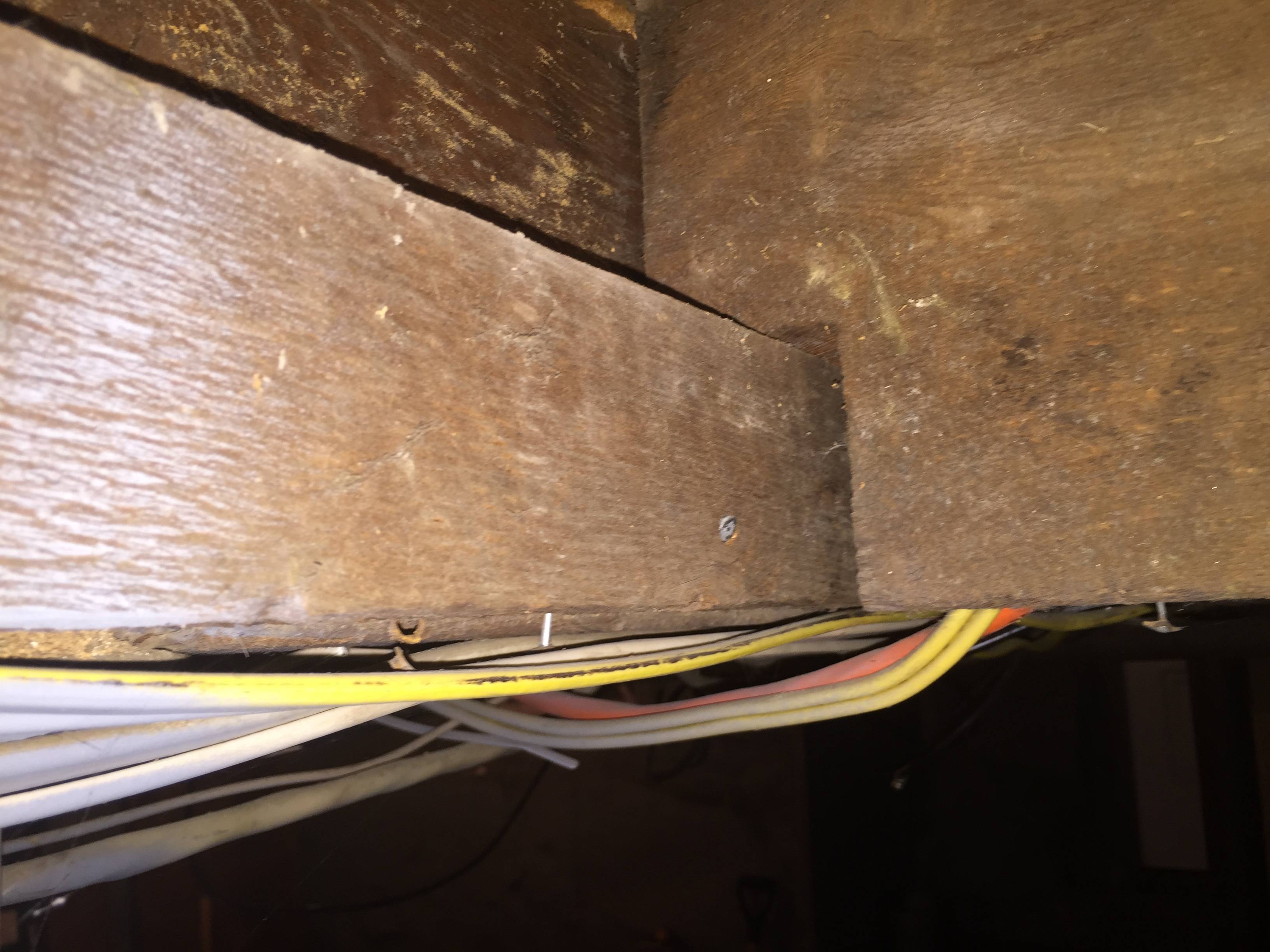 Simpson makes brackets that can be attached with joist hanger nails that are NOT joist hangers; I have them on the ends of my stair stringers. Most likley the:

I suppose other companies make similar things, though to some extent SST is such a behemoth I don't know of any others in my local market. Anyway, if the ledger is carrying the bottom load, these will provide reenforcing for the attachment.

They also make flat reenforcing plates that could be attach across the splits to stabilize them, at least temporarily (which can be a few decades in house work, often enough...)

Not the answer you're looking for? Browse other questions tagged joists structural ledger or ask your own question.

6
How can I attach a ledger board to my house?
5
Joist re-enforcement instead of sister
0
How to Pocket joist into double Wythe solid Brick wall?
1
Should I reinforce these joists at the central beam? If so, how?
0
Is it okay if my ledger board overlaps my foundation wall?