How can I turn off this water valve?

(tl;dr - check the bolded questions and look at the pictures)

Earlier this week I had a frozen (and burst) pipe. It's on the way to the outside spigots and not particularly important in the winter, so I turned off the valve feeding it (that should have been off already, yes) and put the repair on my todo list.

However, I noticed today that it hadn't dried completely in the basement space below this leak. It looks like the shutoff valve didn't work completely - there's still some flow out this ruptured pipe.

The problem now is that I can't figure out how to operate the only other valve upstream of this leak. I tried once in the past and couldn't make it budge. 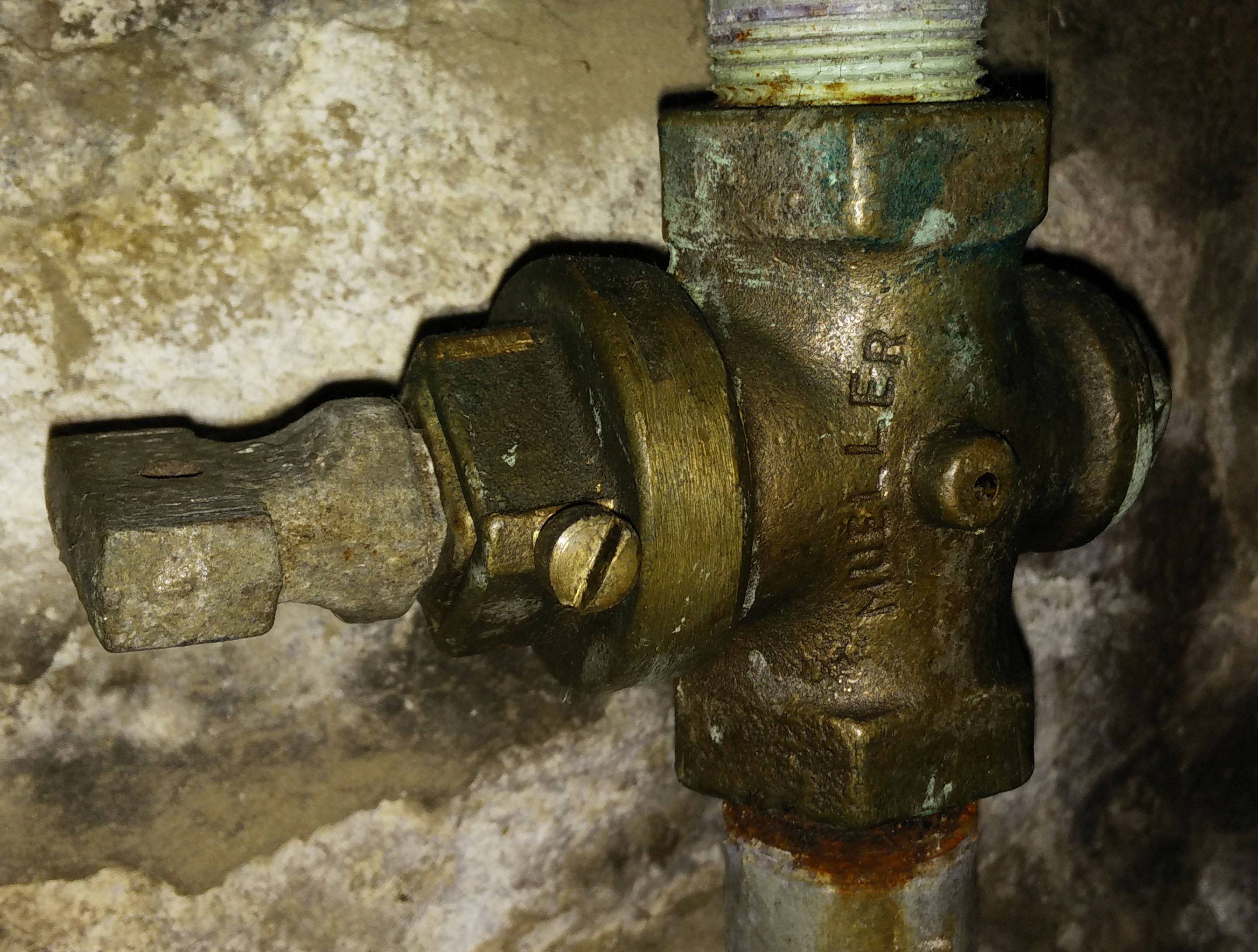 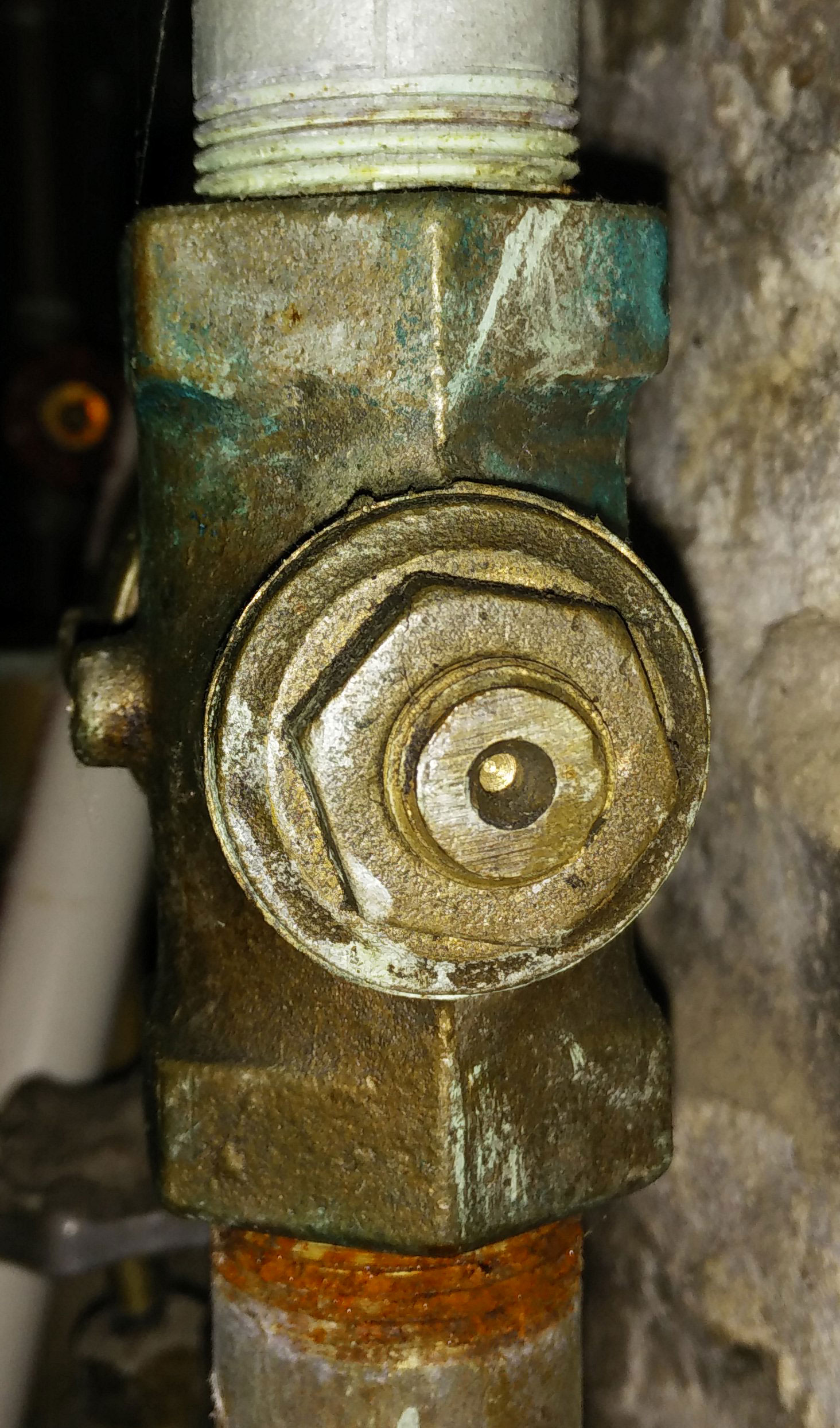 No markings other than Meuller. I gripped the handle on the left with a large pair of adjustable pliers and applied as much force as I could in both directions, no luck.

Here's the layout, in case it's in any way helpful - 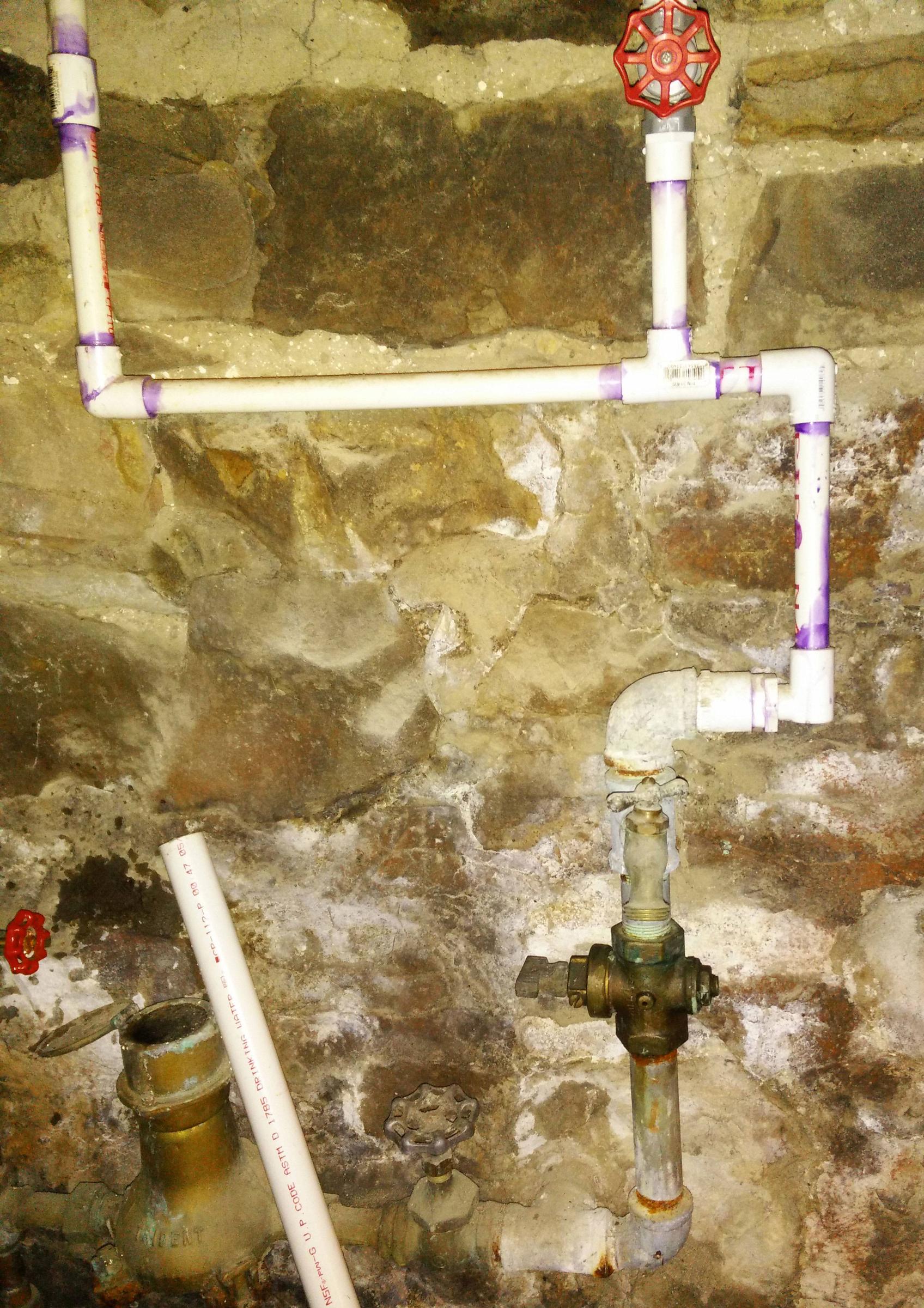 Water enters the T at the bottom center. To the left through the blue handled valve and defunct water meter is the rest of the house - no issues there. To the right and up are the pipes feeding a pair of outdoor spigots. At the top, the red handled valve is the leaking valve leading out to the ruptured pipe. As far as I can spot, this Mueller valve is the only other way to cut off that side, short of the buried valve at the curb - and I don't have a t-handle to reach in there.

I've plugged up the leak as best I can at the pipe, and fiddled with the cheap plastic valve some more, and stopped things for now. The question I have for you guys -- How do I operate the Mueller valve? Is turning the key on the left correct? Does it turn clockwise? Do I need to do anything with the coverlike part on the left side of the valve body?

Typically this would be a quarter turn valve, and turning the key on the left would open the valve. It may or may not rotate 360 degrees, the design does not indicate that. Adding some oil or lubricant to all surfaces around the 'wing' cannot hurt.

If you are able to cut off the flow with the blue valve, try releasing the screw on the side of the Mueller. you may get access to the parts where you can lubricate it.

It is evident that all of the metal parts of this system are deteriorated. If at all possible, cutting off the house at the blue valve and replacing the galvanized and using a ball valve cutoff would eliminate what will surely be additional problems.

Not the answer you're looking for? Browse other questions tagged water leak valve or ask your own question.

3
Why won't my toilet's water valve not turn off?
5
How do I turn off this sprinkler valve?
2
Why is my main water supply shut off valve leaking even while closed?
1
How do I replace this toilet shutoff valve?
1
Can a boiler water feed / pressure relief valve be repaired?
1
How to I repair this leaking tub valve?
0
how to fix leaking shut off valve
1
Replace Water Shutoff Valve Stem with Repair Kit
2
Access for Shut-Off Valve
0
How to turn water valve on to dishwasher