I'm finishing a small basement office and I'm almost ready to put up drywall. I've been dragging my feet on fixing one issue. There are pipes running along the floor joists to the kitchen sink. The pipe branches off and under the joist and then feeds an outside spigot. Is my best bet to frame something to drop the ceiling down a bit and then put in an access panel? I don't want to lose too much space there because that's where the window is. Or should I move the split back out of the office so that it doesn't dip under the joist in the office space?

Are there any other solutions that would be easy? Any drawbacks of moving that split further back so it's out of the office space? 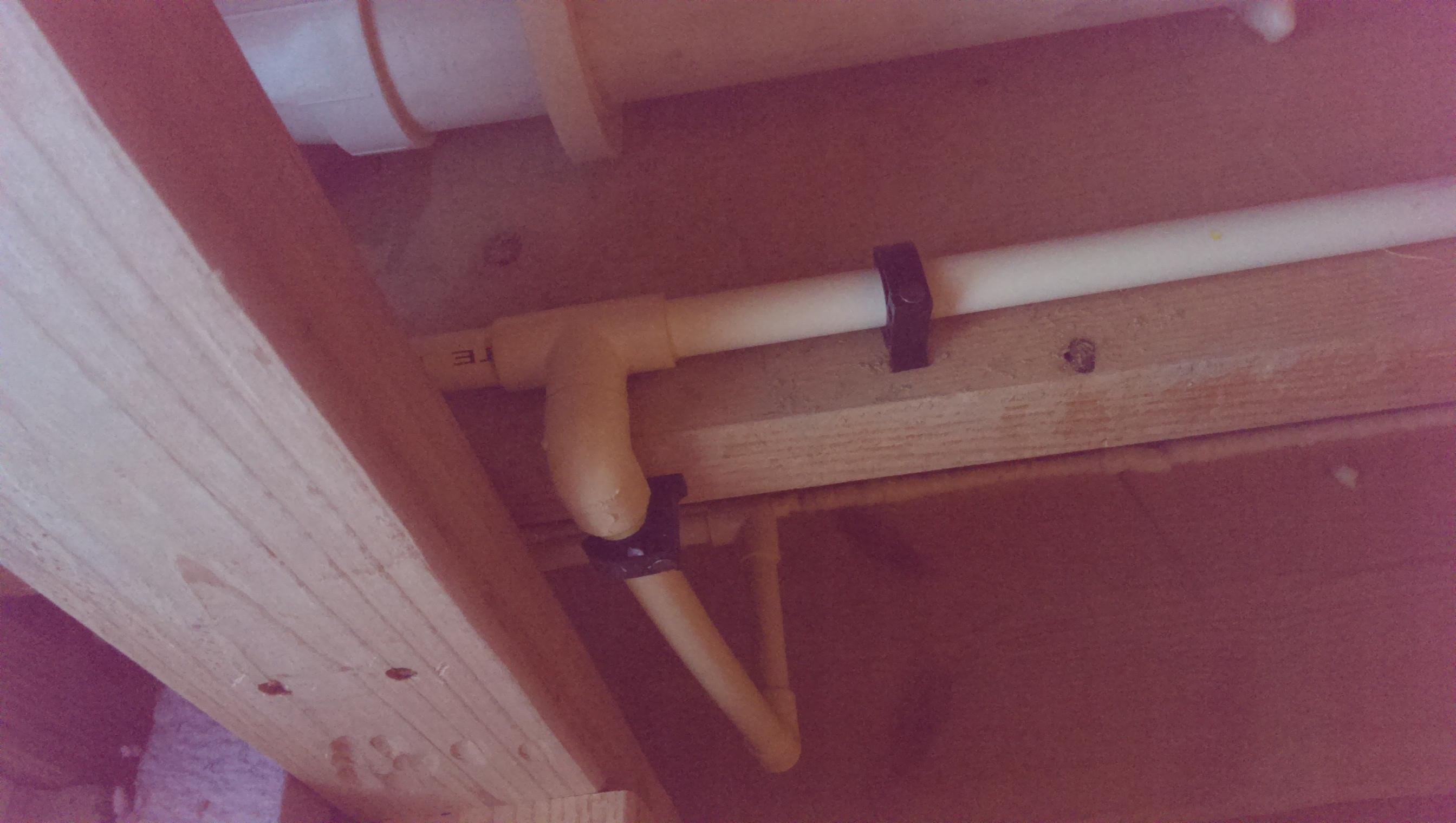 I can't think of a reason to install an access panel.

And while the drywall probably be pretty straightforward (can't see the greater context to be sure), moving the tee back (I'm assuming that's "toward the light" in your pic) or spinning the tee 180 and then going through a hole in the middle of the joist would be vastly preferable in my opinion. (Capsule summary of "hole through joist" rules: no holes in the 2" strip top and bottom; the hole cannot be larger than one-third the depth of the joist. Use the smallest hole necessary. Confirm with your local authorities if needed.)

I'm sure you know this already, but I'll mention it for other readers: don't put a notch in the bottom of the joist.

Side note, you'll need to shim the horizontal 2x4 where the stud meets when you drywall. (Bottom middle of the pic.) You'll be able to find handy cardboard drywall shims at the big box. (Though unfortunately, they're usually sold in massive quantities.)

If you're not afraid of plumbing, move it. If you're not confident in your plumbing abilities, frame around it.

7
How do I repair a drywall ceiling when there is blown in insulation above?
2
Do I need to add a vent when moving a toilet drain across the bathroom?
4
What are my options for installing a water softener on the opposite side of the house from the main water supply?
3
Water pressure drops in well water home, stops completely for 5-10 minutes, then comes back full pressure
4
Running wire to ceiling with double joist parallel to wall
2
Water radiator system has single loop instead of flow & return pipes -- does this make sense?
2
Changing basement tub drain to shower drain - double 90 degree while horizonal, is this bad?
3
What is wrong with the toilet?
3
Getting plumbing on the other side of support beams
1
Which of these options is the safest/most efficient method to plumb a kitchen sink drain in an island?