I was just replacing an electrical hot water tank.

Had to call a plumber because I didn't fancy my soldering skills on something that could flood the house. The plumber simply cut off the old copper lines (after the shutoff valve) and used pex to connect the tank and as a vent pipe.

Apart from if I'd known you could do that I would have done it myself - is this OK?
Seems to have been tightened with proper synch connectors and it certainly works.

PEX is usually rated at 180° F (82° C) -- it should say on the side of the pipe what the actual rating is. As long as your water heater temperature is below that, you're fine.

There are two seemingly conflicting safety issues around water heater temperature—the risk of scalding from excessively hot water greater than 55 °C (131 °F), and the risk of incubating bacteria colonies, particularly Legionella, in water that is not hot enough to kill them. Both risks are potentially life threatening and are balanced by setting the water heater's thermostat to at least 54.4 °C (130 °F). The European Guidelines for Control and Prevention of Travel Associated Legionnaires’ Disease recommend that hot water should be stored at 60 °C (140 °F) and distributed such that a temperature of at least 50 °C and preferably 55 °C is achieved within one minute at outlets.

As @Michael points out, a T&P safety valve is rated to go off at 210°F (100°C), so if something does go wrong and your water heater overheats, there is a possibility the PEX will fail. If the PEX does fail, it almost certainly will happen right above the tank (which will be the hottest place, obviously). It will also serve somewhat the same job as the T&P valve, except that a T&P valve will close once the temperature/pressure has lowered, while a burst pipe will just keep gushing water until someone shuts off the supply.

The chances of water heater overheating like this are quite low: electrical heaters have thermal fuses in them that serve as an electronic safety (very hard to find the temperature rating of these: seems like it's anywhere from 167 to 210°F). In addition, the electronics are pretty reliable, and just very unlikely to fail "on", and without drawing too much current that would cause the breaker to trip.

There's no need to use Pex on your water heater, and you probably shouldn't, seeing as how your T&P valve won't go off until after you've already exceeded Pex's maximum operating temperature. Instead, you can use a flex line like this: 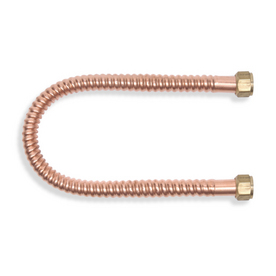 Also, domestic hot water should not be 100-120F, but rather around 130F. First off, the average person showers in roughly 105 deg water, and you're probably going to get a 3-5 degree drop from the water heater to the shower, so anything under 110 would be rather out of the ordinary. Second, 100-120 is the typical and preferred growth range for legionnaire's disease. Unless you want to die on account of your water heater's temperature, you should turn it to at least 125F... or, if you don't want to do that, you should at least blast it to 140F once a month.

The Pex piping is rated by code, to withstand the 210 °F temperatures for up to 48 hours. However, national code does not allow for PEX to be used within 18 inches of the water heater. If the plumber ran the pipe all the way to the water heater, then it is not up to code, and he needs to come back out and fix it (at no cost). If he will not, then contact the board from which he would have gotten his license in your area/state (usually as a last resort) they can act as an intermediary to make sure he gets the job done correctly.

Here is a very useful link for PEX piping http://www.huduser.org/portal/publications/pex_design_guide.pdf

PEX is suitable for all domestic freshwater, but it's not perfect.

Because PEX is flexible, it's less likely to fail due to freezing or earthquake, compared to rigid pipes. It's also way cheaper than copper, which is attractive.

I'm staying at a hotel that has pen running in the ceiling for hot water line. Their temp is set at 140 degrees and there per is showing stress factor on the per and leaking which makes me believe that pex and hot water doesn't work at 140 degrees

4
Is copper piping required within a certain distance from a water heater?

2
What is causing the minor leak in flex supply line under sink?
7
Does PEX leach BPA when used for hot water plumbing?
2
Pros and cons of coupling vs. threaded when transitioning from copper to PVC
0
Old Frost-Free Sillcock Woes
2
Mystery of misbehaving hose bibs and missing shutoffs
1
Installing Smart Water Monitor/Valve
1
What causes this brown discoloration in residential water supply?
1
Do water lines to a house get clogged?