This light won't turn on

So, I was around my partners house the other day and they have a light on the landing that does not work - I don't think it has ever worked since they moved into the house and being an electronic engineer I assumed it would be an easy fix so I tried to have a look at it and hence fix it but I could not for the life of me figure out what the problem is. I have taken a few photos and with those and information I provide I hope someone will be able to help me out with this but I won't hold my breath as two electricians have had a look and both have failed.

Anyway, the attention from the electricians was focused on the light itself so I decided I would check out the light switch instead - it is a two gang switch and the other light that is attached to it works fine but I couldn't see anything obviously wrong and I looked at the light itself as well and still not luck with that side of things.
Below are a couple of images of the light switch innards which might help shed some light on the situation for some people: 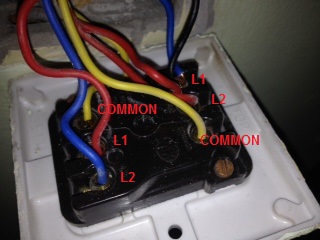 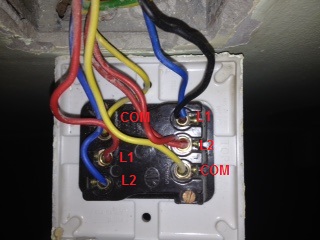 So I think my main problem that I had is that I didn't actually know which colours were which and what they did but this is what I assumed after researching but really have no idea:

It might be worth mentioning that I live in the UK so it is a UK wiring system - not sure how old the house is hence my confusion when trying to work out what each colour means.

The light that isn't working is connected to the L2 side (the bottom of both images) and the only difference I can notice is that it doesn't have a black lead going into it... I am no expert and have only wired a light switch once (didn't exactly go very well but that's a whole other story) so don't really know if there is anything wrong with these images at all so to cover all bases I have also taken pictures of the light and how that is wired up (I apologise in advance for the low quality of the pictures): 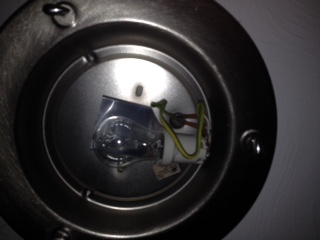 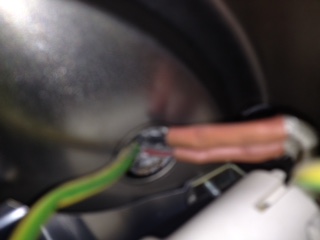 If anyone can identify a problem with either sides then please share your insight as it is quite annoying that it doesn't work.
If there is any more information that anyone needs, leave a comment and I will do my best to obtain it - including better images of other things if need be!

Oh I just remembered that there is a second switch for this light which I have an image for below: 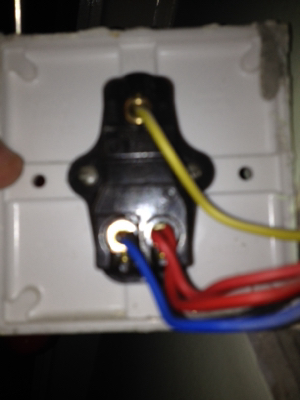 Blue and black are for L1 and red is L2, yellow is common.

Browse other questions tagged wiring lighting switch light-fixture or ask your own question.