What can I do about my deteriorating basement floor with a large hole that seems to go right through to clay?

We live in 90 year old house with an unfinished basement.

Then I ran into this hole. http://imgur.com/a/XIWGQ 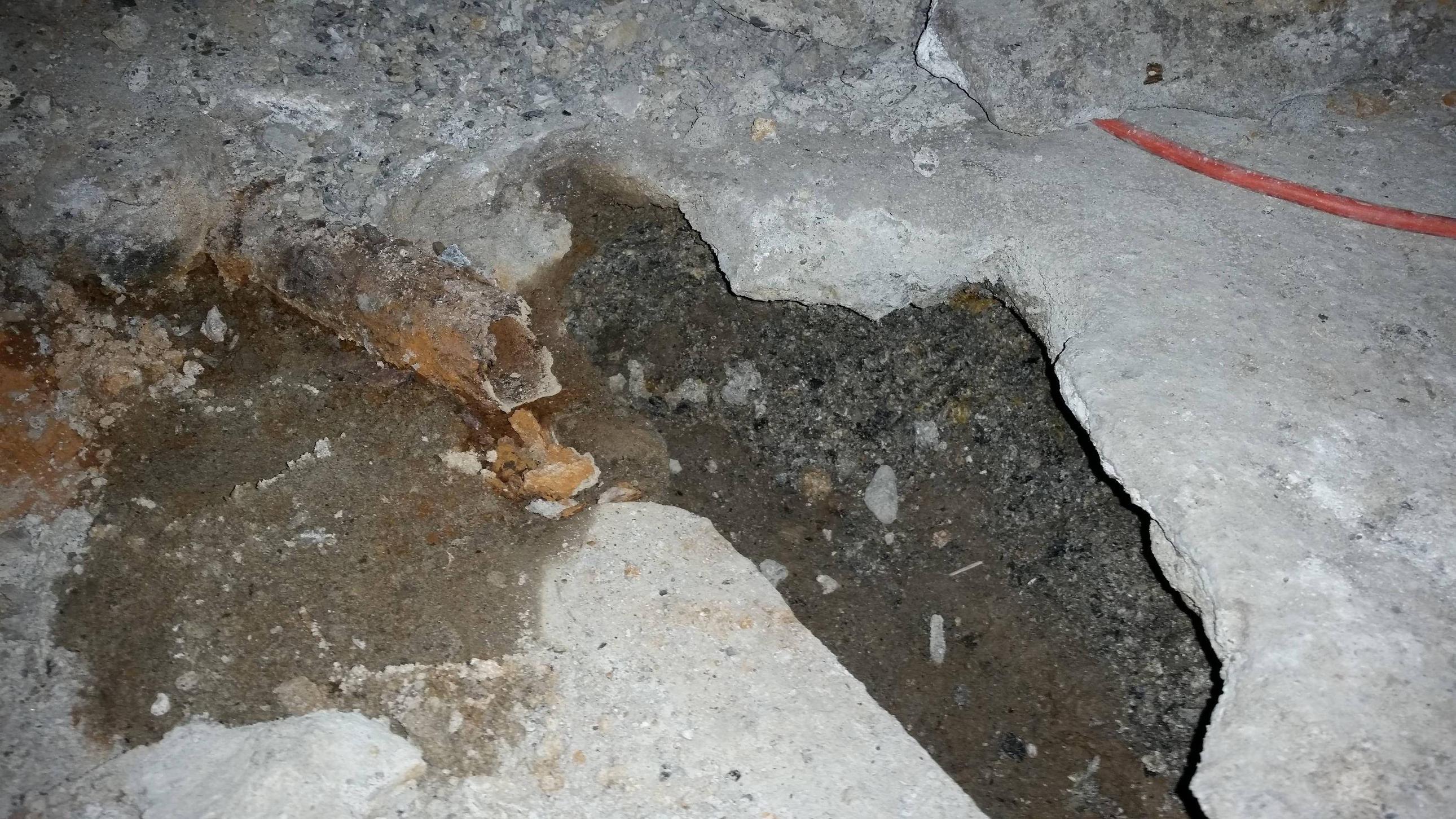 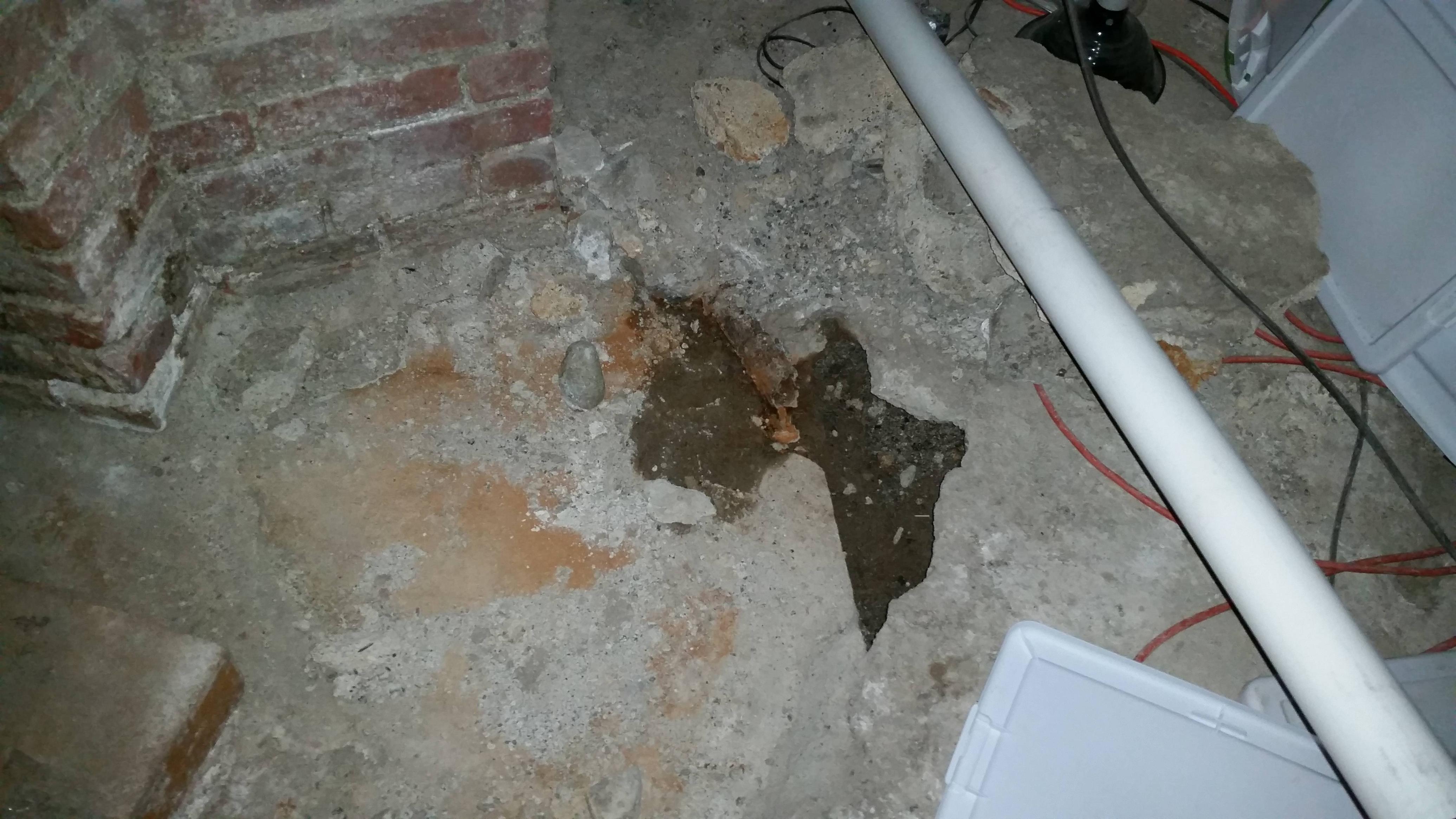 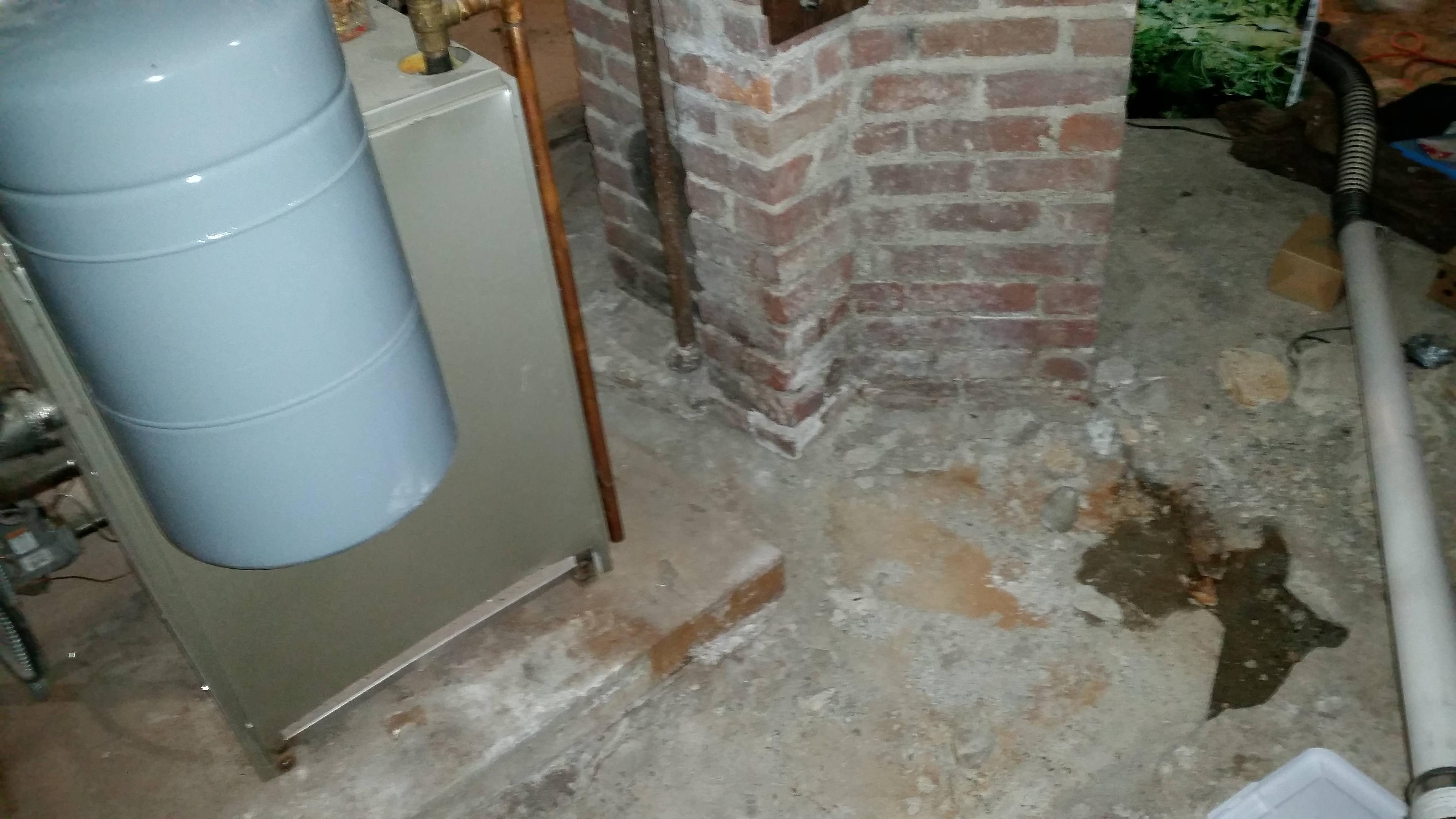 It's sort of located between the chimney and the boiler, but not directly between. Once I started vacuuming out the concrete, the hole just kept getting bigger and bigger. Eventually I stuck my hand in and pulled out what looked like soaking wet fireplace remnants. The hole is wet and it seems like I may be touching the clay beneath the foundation.

Any idea what can I do about this?

Well, lacking a picture for now (try it again, please, and don't delete the link text it puts in on the bottom - that won't show up in your post, but it will let us see the picture) If you have a concrete floor now, you can break out bad concrete until you get to good concrete, put in some crushed rock for a sub-base and pour new concrete. Depending what's going on, you may want to break out some more floor and install drain pipes and a sump pit before you backfill and concrete over it. Avoid getting too close to walls, chimneys or columns/posts when breaking things out, or call in an engineer if it seems like you need to.

OK - the lower bit of concrete with the tidy corner is presumably a footing - so don't mess with that. The floor, you can basically do as described above - cut back to a sound edge and fill in with fresh concrete, or fiddle with drainage as seems appropriate. Many older homes were built with dirt -floored basements, and a concrete floor was an afterthought, often poorly done on the cheap by some later homeowner. If you just want to plug the hole, see above. If you have higher aspirations for your basement, describe them and we'll give it a thought.

I can't see the pictures as clearly as the others but based on what you said there could be a small stream running under your basement. I had a couple of friends that had this problem and to solve it they both used different solutions. The one friend had a side that he could direct the water outside so he made a trench with the pipe they use in french drains and gravel to direct the water outside and then he laid some type of plastic down before he cemented the floor back up. The other friend didn't have that option so he made a place in the corner with like a pit with round cement pipes and used a sump pump to pump the water out.

Not the answer you're looking for? Browse other questions tagged concrete basement masonry or ask your own question.